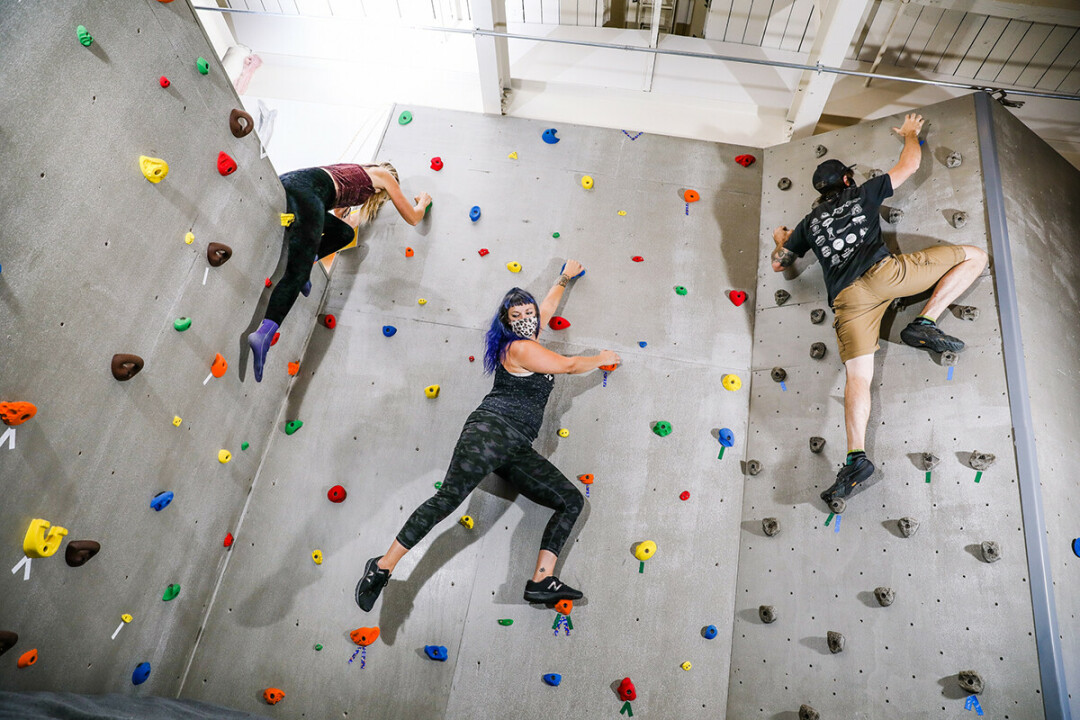 The new location of moonrise aerials features a 13- foot-tall bouldering wall with snazzy new holds, more space for aerial silks and hammocks, greater load-bearing rigs, and – perhaps most telling of their new vibe – a neon sign with one word: badass.

“My intention is to create a space where people can come and learn and feel comfortable,” said rock climbing instructor Caleb Graceheart, who will teach bouldering classes at the studio beginning in September. His ultimate goal is to create a thriving climbing community in the Chippewa Valley.

My intention is to create a space where people can come and learn and feel comfortable.

Though the studio had a bouldering wall previously, they’ve expanded it to cover almost the entire space, with a mostly horizontal wall for beginning bouldering. They hope to install an adjustable vertical option for more challenging climbs.

Graceheart – who spends the warmer months of the year multi-pitching, top climbing, and lead climbing, as well as bouldering at Taylors Falls and Big Falls – plans to teach Tuesday evening classes on beginning bouldering, with open climbs on alternating Tuesdays for a few hours. For just $40 per month, members can come in to climb whenever – and he means whenever  – you want.

Both aerial yoga and climbing require one fundamental skill: strength.“And then balance,” Graceheart said. Aerials student Avery Oja noticed that after she started doing aerials last June, she has gained a lot of strength. “I have just gotten so much more stronger,” Oja said. “It’s crazy.” With the addition of the bouldering wall, Oja looks to start climbing. In the past, her focus has been primarily aerials. “It’s so fun and different,” she said. “I have to put all of my focus into it.”

To join Moonrise Aerials, there’s an introductory deal for two aerials classes for $25 with a $15 drop-in fee with unlimited open studios per month. 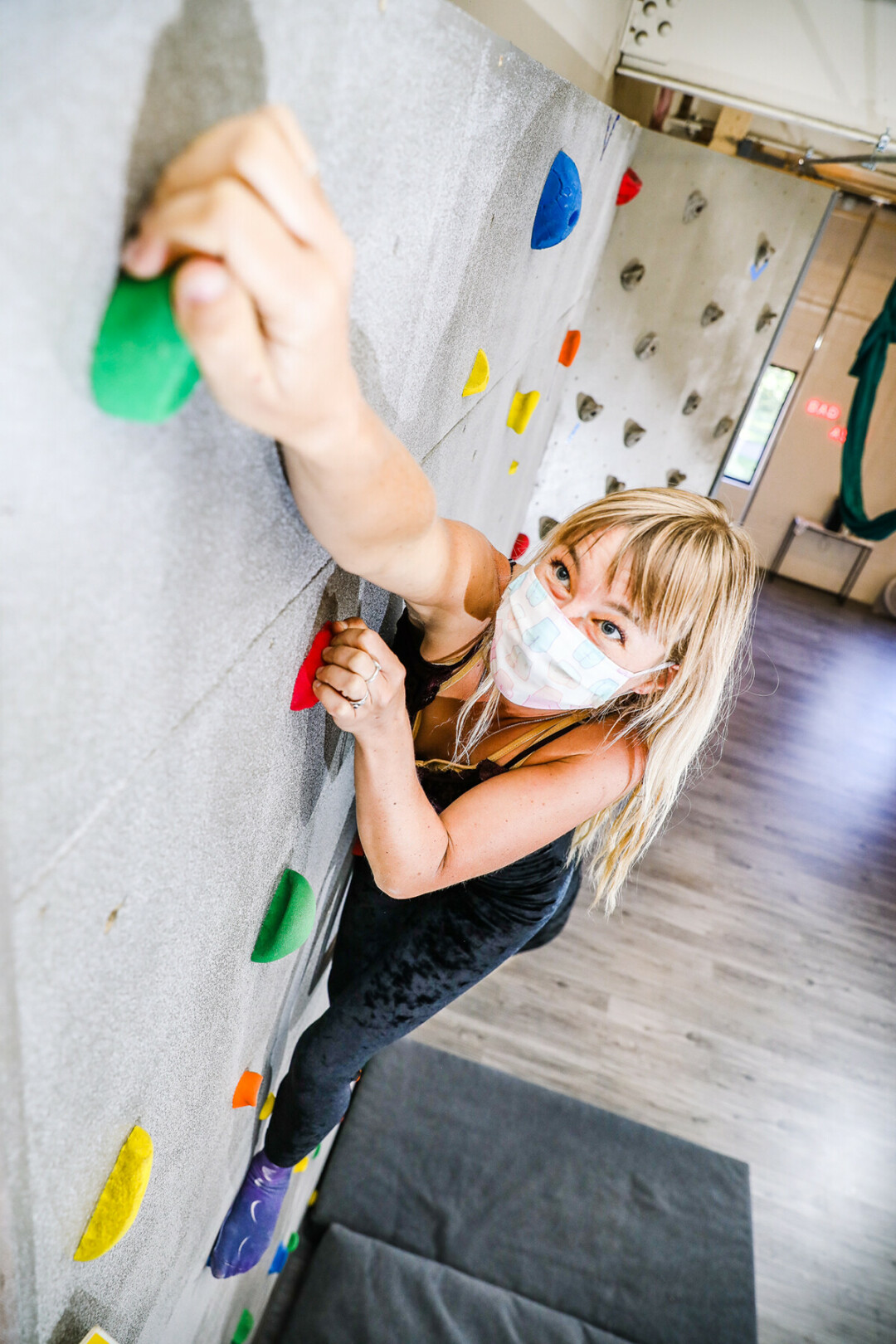