It All Comes Down to This 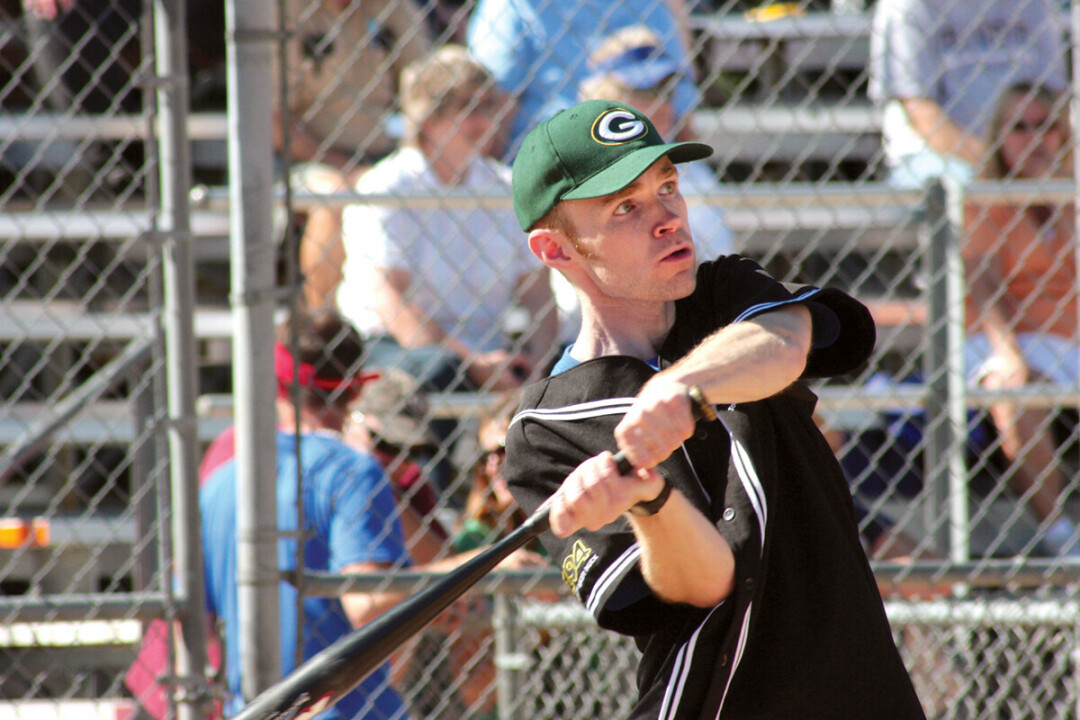 AIM FOR THE FENCES. The columnist makes a rare appearance in Packer apparel during a media softball game.

Sports is in an unusual state in this summer of 2020. Well, what in our society isn’t in an unusual state? Yet the pausing and fitful resumption of professional sports have left odd impressions on me, and surely many other sports fans. How much does sports actually matter? Should these games happen? And, as always, will my favorite team finally win a title, even if it gets an asterisk?

It is in the midst of this unsettled sports landscape that the 164th edition of Athletic Aesthetic is also its final edition. I have written this column since the autumn of 2007, oftentimes looking at sports from a position beyond regular game and athlete analysis, and surely avoiding the seemingly ever-more-important desire to create a hot take for content and clicks.

At least, there was usually something to cover with regards to sports. Over the past 13 years, there were plenty of season previews, local teams heading to state, new Chippewa Valley athletic endeavors, logo and uniform assessments, visits to major events, Minnesota sports team laments, and an occasional oddball personal idea (i.e. winter baseball, a college bowl game coming to Eau Claire) to find some topic of intrigue. Even fans like me who tend to view the sports world from a left-field approach could always find a solid and relatable perspective in the universe of athletics.

If I find myself in my 90s and the Vikings still have not won a Super Bowl, I will likely need extensive medication to control hypertension from the worry that I’ll leave Earth before they claim a Lombardi Trophy.

However, that steady supply of ideas is currently unstable. True story: After typing the first two paragraphs of this column, a notification arrived on my phone stating that commissioners of the five largest college sports conferences had an emergency meeting that day to assess whether college football could still be played this autumn (one of them – the Big Ten – later decided not to play). I was struck by the appropriate timing of that alert while typing a column referencing the hesitant status of sports in a pandemic.

Effective column fodder is challenging to find. What can be written about may be rendered obsolete by the time an article could be published, much less by the time you would read it – such is the quickly-evolving nature of big-time athletics in this unprecedented year. Yes, sports will eventually settle into something resembling its old rhythm; however, chaotic situations sometimes bring opportunity. This is the opportunity to finally merge onto the off ramp.

To be honest, finding new column ideas has become progressively more difficult over time. I could still always find something to write about, but sports has also seemed less-central to my interests. It will never leave my attention; I recently was annoyed that my Twins got swept by the lowly Royals during a baseball season that may not finish. If I find myself in my 90s and the Vikings still have not won a Super Bowl, I will likely need extensive medication to control hypertension from the worry that I’ll leave Earth before they claim a Lombardi Trophy.

Yet, to those of us who follow professional teams or major college programs – beyond family and community involvement in high school and smaller college athletics – sports is entertainment. That was crystallized to me this past spring, as dates for the Final Four, baseball’s Opening Day, and the regularly scheduled NBA Finals came and went, and I noted them more in passing. I did not really miss them; I had other interests to happily occupy my time.

What now? If you still desire to know my athletic inclinations, I continue to opine Wednesdays in the morning on Sports Talk 105.1’s The Dan Kasper Show. As far as writing goes, the lovely thing about being a Volume One contributor is that there are numerous outlets for the written word, so look for the occasional story or column elsewhere in an issue or on the website.

I know that one day I will go back to attending games in person. Sports will still be exciting, and my fascination with uniforms and stadiums – a big reason why Athletic Aesthetic made so much sense as a column title – is a permanent personal hobby. If something of local athletic importance arises, you have a good idea as to who will give it a write-up.

Thank you for reading. Skol.