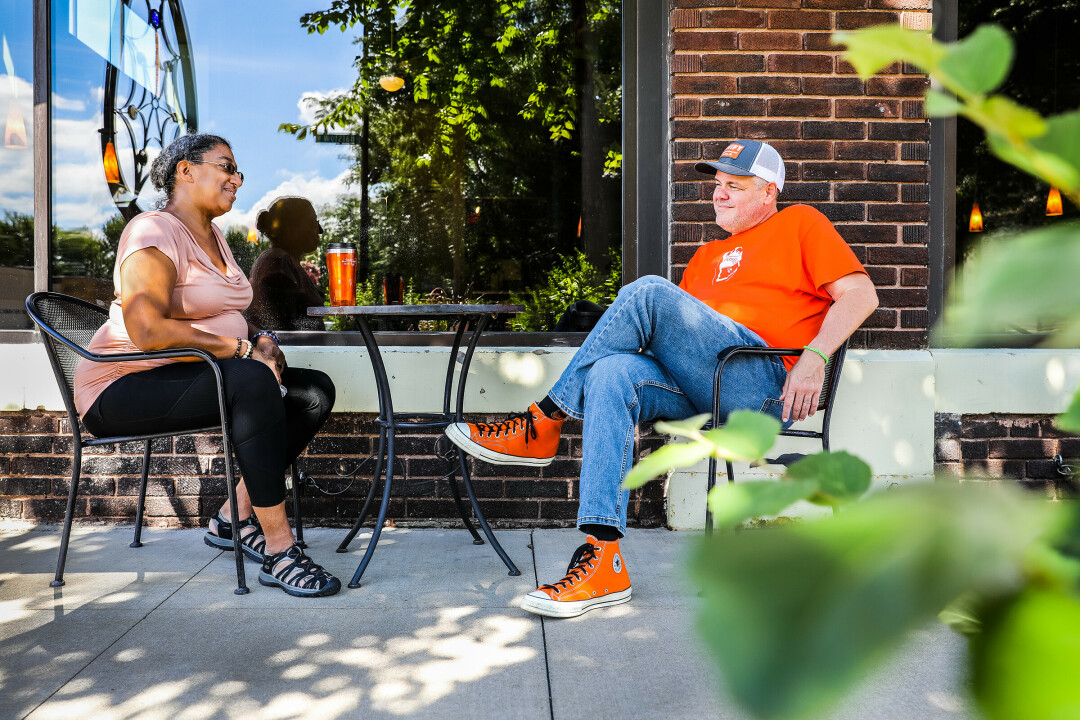 Just about two months after the murder of George Floyd at the hands of Minneapolis police, two local activists knew they had to do something to keep the conversations about race and social injustice going in the Chippewa Valley.

“These are big, honest conversations about sometimes the elephants in the room that we don’t want to talk about,” said Dr. Selika Ducksworth-Lawton, president of Uniting Bridges.

Ducksworth-Lawton and Ed Hudgins’ new livestream event, Conversations in Color, seeks to fill that need by discussing a number of race-related topics. Their first episode, which will be broadcast live 7:30-9pm on Monday, July 27, will be titled “Navigating Race and Racism With Children” and will address how to talk about challenging current events with kids.

“It’s important that we have this conversation ongoing. We can’t let racial injustice, systemic racism, be things that fall out of the limelight just because we haven’t seen a video of a black man being murdered in a while.” –Ed Hudgins, co-host, Conversations in Color radio series

“It’s important that we have this conversation ongoing,” Hudgins said. “We can’t let racial injustice, systemic racism, be things that fall out of the limelight just because we haven’t seen a video of a black man being murdered in a while. So it’s really important that we have proactive conversations, we lean in on some hard things, and try to keep this in our community’s consciousness as much as possible.”

With a notebook jammed full of ideas, the duo said they have 30 to 40 topics already slated, which should sustain the series until about February. But, they plan to pivot into unexpected conversations that may foster new discussions. Their hope is that these conversations do not end, Ducksworth-Lawton said.

Some of the planned topics of the series, hosted by the Pablo Center, include “Defunding the Police and Smart Justice,” “Policing in the Chippewa Valley,” “What is Racism?” “Monuments: Meaningful Distractions,” “POC and Whites in Partnership,” and “Hmong Realities.”

“The attitude of this is not ‘me versus you,’ ” Hudgins said. “This is, ‘let’s come together and have a conversation with open hearts and open minds. Let’s be open to what is real, what other people are experiencing. Let’s be empathetic.’ So that’s at the heart of this.”

The series plans to alternate recording locations between Converge Radio and the Pablo Center, with other locations currently under consideration, with the first half of every episode featuring discussion among panelists. The second half of each episode will feature a Q&A session for comments and questions from the community, which can be submitted through the Pablo Center’s online streaming service or via phone at Converge Radio.

“The discussion part is incredibly important,” Hudgins said. “And so we want to make sure that we get as many people engaged in this conversation as possible.”
While the content of their discussions is valuable, they also place strong emphasis on the way in which they discuss the challenging topics. Hudgins said they are brainstorming a list of common core values they want their conversations to revolve around, including a love of neighbor, respect for humanity, courage to wrestle with challenging topics, awareness of one’s limitations, and honesty of what lives in us.

“This is born out of a genuine concern for human beings, and that’s where this conversation is going to focus,” Hudgins said. “We’re not going to tolerate anybody being dehumanized or degraded or minimizing this to a political issue.”

“No name-calling, no ugliness,” Ducksworth-Lawton added, “and no one gets to play the superiority-oppression Olympics.”

They’ve already received a few key sponsors from around the Chippewa Valley, Ducksworth-Lawton said, but they’re hoping to have support from all four local counties.

To get involved with Conversations in Color, contact Ducksworth-Lawton through Uniting Bridges or her UW-Eau Claire email at duckswsm@uwec.edu or Hudgins through his email at ed@tommesuab.com.

Learn more about Conversations in Color on the Converge Radio website.