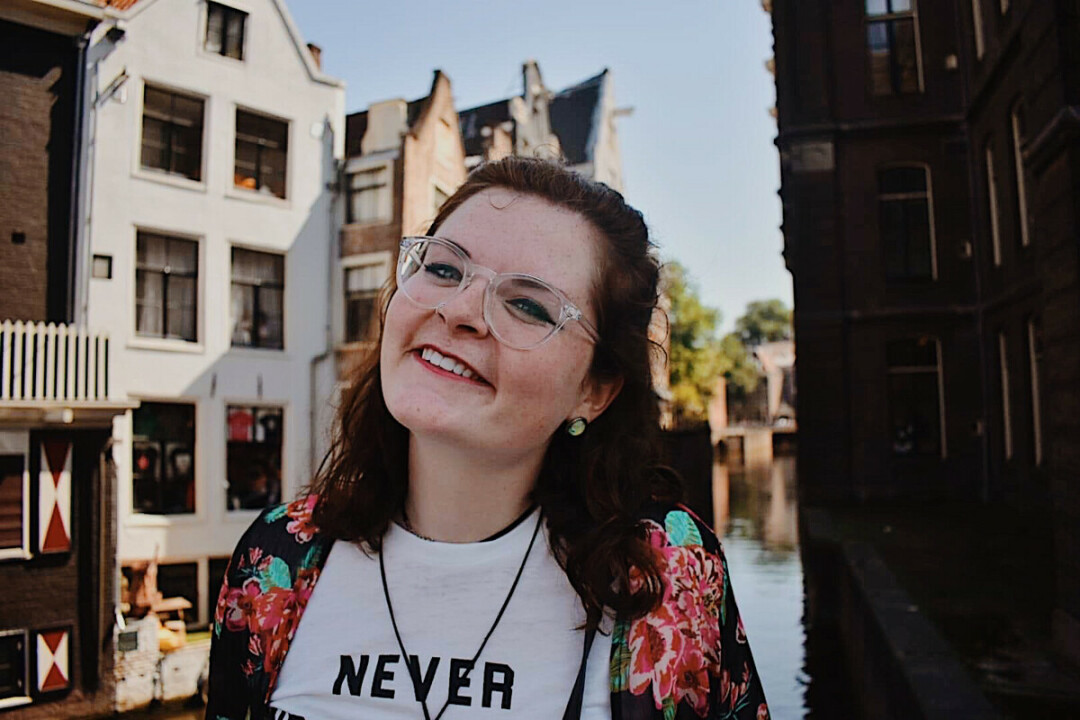 When Ashley Wiswell began working at Converge Radio in December 2018, she had no idea that she would find her passion. An organizational communication and German student at UW-Eau Claire, Wiswell had always loved music, but she had no idea she would pursue it as a full-time gig. That is, until she became a host and producer – and later program director, and finally station manager – of Converge Radio. “It was exactly what I wanted to do,” Wiswell said. “I love the Eau Claire community.” It all began when a friend recommended Wiswell join the team. “When I started doing it, it felt so cool,” Wiswell said. “It really sparked that passion pretty quickly.” She loves to travel, so she planned to perhaps pursue more of her German

When I started doing it, it felt so cool. It really sparked that passion pretty quickly." –Ashley Wiswell

studies after her graduation last December – not thinking she could continue her search for new music to jam out to and meet the delightful artists of the area. In March, when former station manager Scott Morfitt left to pursue other things, he promoted her to program director. After Scott Montesano – the subsequent station manager – left, Wiswell was honored to become the new station manager. She’s excited to lead a team of “really amazing people” and to become even more involved with the community. “The station is really full of wonderful people,” she said. You can catch Wiswell on air on Monday, Thursday, and Friday mornings from 8-10am on Converge Radio (99.9 FM or convergeradio.org).