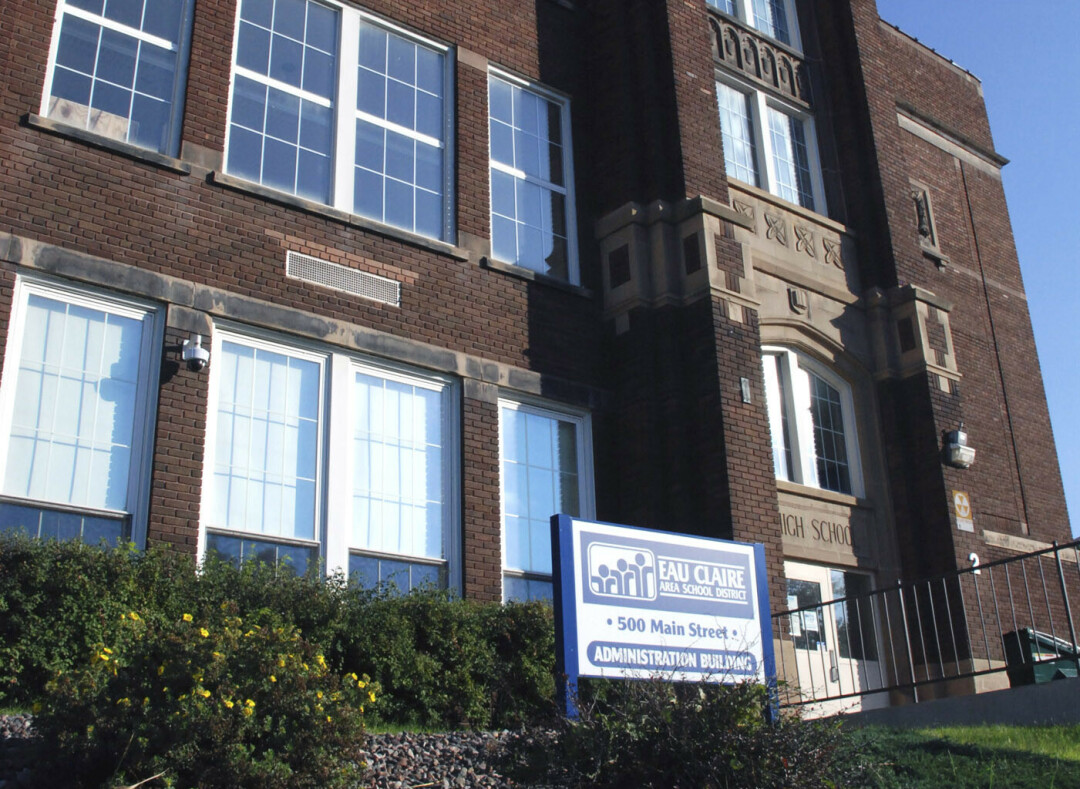 The Eau Claire school board voted just after midnight Tuesday to adopt a model for the coming school year that would have most students dividing their time between in-person classes and virtual learning at home.

Under the plan – which district officials say will be fleshed out before the school year begins Sept. 1 – the majority of students will be assigned to a cohort that will spend two days a week in school and the other three days learning remotely on district-provided digital devices. One cohort would attend school on Mondays and Tuesdays, the other on Thursdays and Fridays, while Wednesdays would be set aside for deep cleaning schools to fight the spread of COVID-19.

The plan was designed to balance students’ need to learn with the necessity of protecting their health and safety during the pandemic, Superintendent Mike Johnson said at the beginning of a presentation to board members about the proposal during a virtual meeting Monday evening.

The plan will essentially cut the capacity of classrooms in half, a necessity because of public health requirements that students maintain physical distances of six feet from each other whenever possible, said Kim Koller, the district’s executive director of administration. “We simply need the space,” Koller said.

District officials have spent several months working on the plan, with input from the Eau Claire City-County Health Department, the state Department of Public Instruction, and a task force made up of dozens of teachers, parents, and student representatives.

The model offers staged learning options based upon the health department’s assessment of the pandemic. At one extreme is a “Safer at Home” order – such as the one instituted by Gov. Tony Evers in March, which was later thrown out by the state Supreme Court – under which all learning would be virtual. At the other extreme is “Step F” of the health department’s “Respond Together Eau Claire” plan, which would allow a complete return to in-person education. In between are steps A through E – the county is currently at “Step D” – in which students would rotate between face-to-face and virtual learning. (Specially identified students – for example, those with special educational needs – may have entirely face-to-face education, while families would also have the option of entirely virtual education.)

Most students in pre-kindergarten through 12th grade would attend school two days a week. First- and second-graders, however, would have face-to-face education every day except Wednesday. 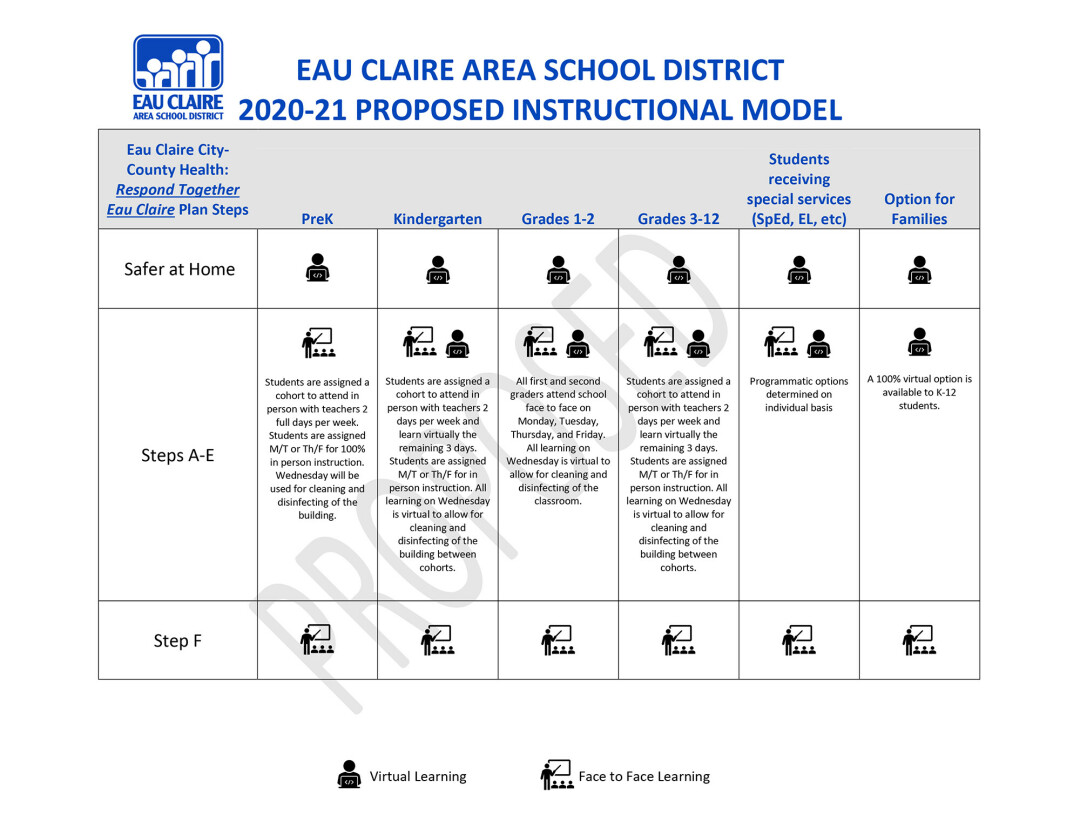 Board President Tim Nordin acknowledged that school officials and board members faced a conundrum when deciding a path forward. “As I think about it as a parent, I’m not happy with any solution,” he said.

However, at the end of a five-hour meeting, the board ultimately voted to approve the plan, with the understanding that it will remain flexible as the school year approaches. The final vote was 6-1 in favor of the proposal. The sole “no” vote came from board member Marquell Johnson, who said he was in favor of a hybrid approach but questioned the practicality of the instructional model presented.

During a public comment period earlier in the meeting, board members heard from more than a dozen parents and teachers who offered a diverse array of viewpoints, some advocating an entirely virtual approach to education and others saying they were desperate to have their children return to school in-person full time.

School district parent William Kampf of Eau Claire said it was “irresponsible” to send children back to school when the virus was still spreading in the community. He said he was worried about children being asymptomatic carriers of the virus to their families.

“We don’t want to start a wildfire that we can’t put out,” Kampf told board members. “If we don’t eventually lower the rates, this will go on and on and on.” He advised board members to pursue virtual-only education for at least a few months until the virus is more controlled.

By contrast, another parent, Andy Lund of Eleva, discouraged the board from enacting at-home learning for the coming school year. “This past spring was a nightmare for us,” he said of the abrupt end of in-person education in March. “Without enough time to prepare, we were all thrown into the abyss.”

“This past spring was a nightmare for us. Without enough time to prepare, we were all thrown into the abyss.” –Andy Lund, Eau Claire school district parent

Lund continued: “Our kids need to be taught. They need to be with their peers, they need the resources our district is required to provide by the state constitution.”

Still others, including several district teachers, encouraged a more cautious approach. Teacher Mark Goings, president of the Eau Claire Association of Educators, suggested that the board take more time to think about its options and to consider the rising trajectory of COVID-19 cases, which topped 400 in the county on Monday. “Is now really the time to have 11,000 students and 1,200 staff meeting regularly?” he asked.

Beth Smith, who is both a teacher and a parent in the district, told board members that they should require that face masks be worn at all times in schools. She noted that many major retailers and other businesses are now mandating masks. “It is a minor inconvenience to bear for the benefit of us all,” she said.

While masks will be available to both students and staff members, the board didn’t adopt a mask mandate. Neither has the local health department, although Eau Claire City-County Health Department Director Lieske Giese told board members that she “would strongly recommend” that face masks be worn.

A survey of district families earlier this summer drew a wide range of responses about re-opening options. Of the more than 4,000 people who responded, 52% preferred face-to-face learning alone, 38% favored a blended model, and only 6% wanted entirely virtual learning.