THE LIGHTER SIDE OF SARAH KRUEGER. The now-Duluthian songwriter’s newest record is full of dark complexity, but she said there’s also an overarching theme of light.

It has been three years since Duluth-based (Eau Claire-born) Sarah Krueger’s debut full length Dancing with Phantoms twined listeners ‘twixt the tension of fixed and floating, with a cache of songs conceptually coalesced around the evocative image of a dancer’s firmly rooted feet, whose arms were tangled with the phantasmagorical.

2014 finds her no less ethereal (or engaging) in her conjuring a suffusion of light on album number two: Lustrous. But that’s where any comparison begins and ends as Krueger has assembled a bold, expectation-defying collection of tunes, textures, and moods that demands (and holds) attention.

“I spent a lot of time trying to craft a vibe or a feeling behind the songs that couldn’t be directly linked or categorized into one specific genre. … You don’t have to be confined to what you’ve created in the past … you’re allowed to reach through it.”
– Sarah Krueger, foregoing creative limitation

I sat with Sarah at the Acoustic Café in Eau Claire (a couple weeks after her wowing performance on Garrison Keillor’s A Prairie Home Companion) to continue a conversation stretching seven years, back to when my son was newly born and she was newly loosed from high school and bending ears as an American Idol hopeful.

A lot has changed for the artist in that time including her approach to craft. When asked if it was at all tempting to “play it safe” and release a more familiar sounding set, Krueger replied, “I find value in forcing yourself outside of yourself so as to not make a habit of recreating something you’ve already created.”

“I want to be mindful of my work by rejecting these boxes that we put ourselves in as artists or as people,” she continued. “I spent a lot of time trying to craft a vibe or a feeling behind the songs that couldn’t be directly linked or categorized into one specific genre. … You don’t have to be confined to what you’ve created in the past … you’re allowed to reach through it.”

For proof, simply contrast more traditional sounding folk fare, like “Human Ways” and “Gun in Your Hand,” with the decidedly (and delightedly) rock ’n’ roll vibe of “Always Love the Wrong Ones,” a song that saw numerous iterations before being recorded, and one Krueger said, “I alllllmost didn’t put it on the record because it felt a bit too strong and guitar-dude driven.”

Speaking of dudes, there were some returning cast members to the fold (i.e., Erik Koskinen and Jordan Taylor) and also some new names to peruse, most notably, one S. Carey on “Nothing Hits Me.”

“I’ve learned how to relinquish a bit of control over my songs and to put a lot of trust and creative control into the hands of the guys I worked with,” Krueger said. “Working with Sean was great, very relaxed and at ease. There was a lot of laughing and poking around on different instruments.” 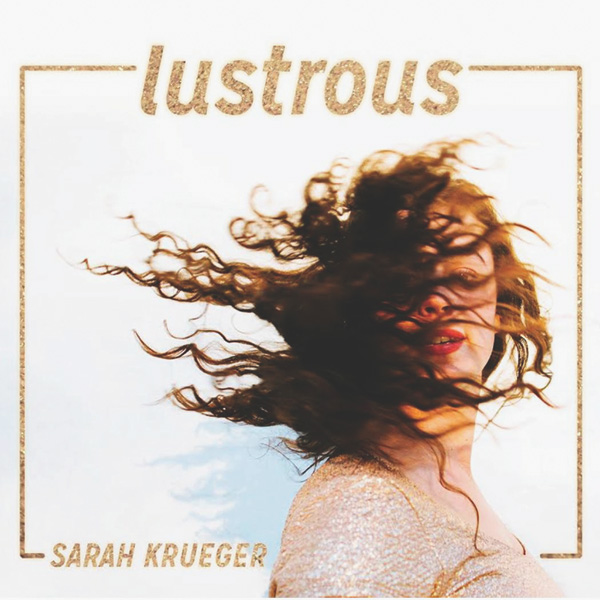 She also deliberately diminished her vocals as the focal point, exploring instead the power present in restraint, her impeccable pipes more an instrument among instruments, comfortable yet confident, and completely mesmerizing for it.

“It was not so much about having less to prove, but about challenging me to tap into the more gentle qualities of my voice that were being neglected because of the pressure to be showy and loud,” she said. “Oftentimes, I feel like I’m doing a lot of mimicking, that there are these cliché nuances that have become really ingrained in that style of singing.  I was intent on avoiding that while writing these songs because I wanted to explore austerity while singing.”

It’s hard to pick favorite tracks: “Moons in the Universe” shines via an intricate vocal melody and the line, “Moons in the universe turning over in your eyes,” which brings to mind our own cold moon giving way to the sun, just one way in which she plays with the album’s central metaphor. But all isn’t so bright: “Better When You Are Around” is wonderfully haunting and morose, like a solitary bare bulb alight in an attic window. Here, shadows are granted to gather given they are but dimmed light.

“Everything falls apart, nothing lasts, we are made to feel chained to our jobs, the system works us to death, and we have a hard time making sense of these fleeting human moments between people, or nature, or art, or whatever it is that makes us feel alive because our senses and tastes have been deadened and exhausted,” she said. “(However,) as these songs were beginning to outline themselves into the makings of a record, I felt this underlying theme of light turning over behind the songs, even a few of the songs that find themselves in a darker spot, I still sensed that they were working toward the light somehow.”

And as the Midwest keeps trundling through these December days, each more devoid of light than the last, we are fortunate indeed to be graced by Krueger’s voice: sweet beacon of song.

Learn more about Krueger at www.sarahkruegermusic.com

Check out Sarah Krueger's "Nothing Hits Me"