Getting to Know picard OFF WITH THEIR HEADS! To emphasize music over ego, the members of picard
(yes, the band’s name is lowercase) asked that their faces be cropped out of this photo.
Don’t worry you’ll be able to see (and hear) the band at their debut album-release show
Feb. 22 at the House of Rock.

Thursday Jan. 30, 2014
“There are pieces of me gathering at my feet/and I can’t help but feel I should know some fear” (from “Lessons”)

I am sitting in the living room of Jason Ulwelling (better known as Skwerlz). Flanking him are various members of his new project, called picard: guitarists Eric Giardina and Rick St. Germaine, drummers Brad Hanson and Cory Dahl (not present), bassist Phil Juodis, and keyboardist Anna Ringstad. We are three weeks away from the official release of their debut full length, #1, and their inaugural public performance. The vibe is hot with humor and humility yet an anxious hum is perceptible. picard (yes, the “p” is lowercase) has been a journey to unexpected places for its members and promises audiences an abundance of sensorial surprises.

“This was so outside our boundaries; we can all jam the heavy s***, but this was something else,” confesses Giardina.

“We’ve lived with these songs so long you kind of get sick of ’em,” admits Ulwelling, “but the fact there is a whole audience waiting to hear them for the first time is invigorating. However, to do the material right requires a lot of setup. We’re definitely not a band who will play out every weekend.”

It has taken two years of toil to raise this phoenix from the ashes of Ulwelling’s former life. What if this carefully constructed creation should crumble?

“We’ve lived with these songs so long you kind of get sick of ’em, but the fact there is a whole audience waiting to hear them for the first time is invigorating.” – Jason Ulwelling, on the long gestation of picard’s debut album, #1

We “afterbar” at Ulwelling’s place. He ushers me into an alcove and sits me at his computer. It’s almost dawn and both the screen and the beer blur my eyes but I need only my ears as he introduces me to what will eventually evolve into picard. These are raw scratch mixes, yet there is a tenderness which escapes like a child roughhousing in a father’s arms. “I’m recently divorced, my band (Orestus) broke up, I’m fighting for my house … I have to do something,” he says with a look that instantly sobers me.

Saturday April 27, 2013
“Better keep on movin’, Doolin-Dalton, till your shadow sets you free” (from “Doolin-Dalton”)

Rehearsal space is actually a neighbor’s (Mat and Amy Kurtz) garage/vacated “man-cave”: a lawnmower, tool chests, and stacks of split firewood on one partitioned side while on the other a vestigial bar complete with Leinie’s tchotchkes and Packer paraphernalia.

The buzz has been building on the back of their “One Moment” single, a song Ulwelling wrote about his grandmother to raise awareness for Alzheimer’s, and a subsequent series of interviews that ultimately left a sour taste. With characteristic frankness, he asserts: “We backed away. We’re not trying to become popular. The focus should have been on the song … not us.”

With recording dates scheduled for the summer at John L. Richardson’s (Gin Blossoms) Drum Farm Studios in Menomonie, the band is feeling the stress. They have utilized Kickstarter and are roofing houses to raise money to pay for it all. Perhaps this is why warm-ups include vintage metal jams like “For Whom the Bell Tolls” and “Postmortem” (days before the passing of Slayer’s Jeff Hanneman).

Practice officially begins with a cover of the Eagles “Doolin-Dalton,” and they own it. As the din settles, Ulwelling’s voice calls, “Is the click loud enough?”

St. Germaine turns to me and says, “That’s his passive/aggressive way of saying we’re off time.”

Checking the wall clock, Ulwelling parries, “Practice starts one and a half hours after we get all our jabs in.”

Friday Nov. 8, 2013
“Finally we found something worth holding onto/and maybe this time we can keep it from crumbling” (from “Finally”)

Juodis, Ringstad, and I cram into Ulwelling’s 300 C (what, no limo?) en route to Drum Farm Studios to hear the final mix. It’s a blustery, hang-your-breath-upon-the-air kind of night as we pull up to the converted grain silo. The amiable Richardson invites us in and warmly sees to our every comfort. We find our seats and soak in the sounds.

“Distending” demands attention with its layers of tracks (128 of ’em) and a melody line straight out of a Shaw Brothers flick. Both “Lessons” and “Ed” boast big choruses. And “The Effort” ripples with hair-raising riffs. Richardson’s production is spot on; every instrument shines, notably the guest performance of father/daughter duo Dean and Olivia Langby (cello and violin) who appear on all but two of the album’s 11 tracks. 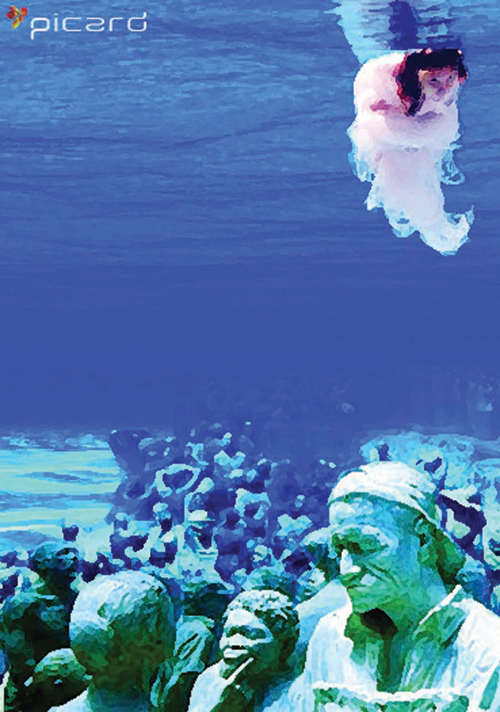 This is easily the most mature (I’m just gonna say it: the best) stuff any of these guys has ever done: think Alice in Chains, think Tool, heck, think most of the ’90s hard rock zeitgeist, then warp it all like some Picasso painting. In any kind of just world, this disc will go down a storm when it drops. As the champagne pops, I side glance at Ulwelling; he is floating, like bubbles.