lighting your tastebuds on fire in the Chippewa Valley Feasting on the Pad Thai at, of all places, Pad Thai (203 N. Barstow St.) in downtown Eau Claire. Like the rest of the menu, this dish can be ordered with different levels of hotness.

For generations, the spiciest thing you’d find on most Wisconsin restaurant tables was a shaker of ground pepper. But times – and tastes – have changed, and the descendants of those who ate nothing spicier than yellow mustard now gobble hot wings that cleanse their sinuses, scarf down pad thai that makes their toes curl, and feast on Indian curries that bring tears to their eyes (in a good way).

Demographic changes and cultural cross-pollination have spread more diverse, spicier cuisines across the United States, even to the Upper Midwest. If you’re the kind of eater who cheers the sight of chili peppers and jumps for joy over jalapeños, there are plenty of places in the Chippewa Valley that will set your heart – and more importantly, your tongue – on fire.

So why do some of us like it hot and spicy?

“It’s that complexity that it brings to food,” says Naveen Chikthimmah, an assistant professor of food science at UW-Stout. As a native of the southern Indian state of Tamil Nadu, Chikthimmah acknowledges he likes “mildly spicy” food because it’s what he grew up with. “It defines the culture and therefore defines the person eating the food,” Chikthimmah says of the spicy cuisine popular in some parts of the world.

What Makes It Hot?

The substance in chili peppers that makes your tongue tingle is called capsaicin. Chilies originated in the Americas but spread throughout the world and play a major role in the cuisines of Asia, India, and elsewhere. Their heat is measured on the Scoville scale. The world’s hottest peppers top 1 million on that scale. (By comparison, jalapeño peppers fall between 2,500 and 10,000 on the scale.)

“Just from a historical perspective, spices have been integral to the development of the culture,” he adds. “A lot of our early trade was based on spice as a currency.”

And 21st century trade and migration mean that you don’t have to travel to Delhi, Bangkok, or Tijuana to place something piquant on your palate.

If you ask diners where to find the spiciest food in the Chippewa Valley, the name that often passes through their still-tingling lips is Pad Thai. The cozy restaurant, 203 N. Barstow St., has a simple secret for bringing the heat, says owner Yang Yeng: “We use fresh, hot chili,” he explains.

“We buy it from the farmers market over the summer,” he continues. “We crush it and freeze it.” Yeng says these red chilies retain more of their natural bite if they’re frozen instead of dried. 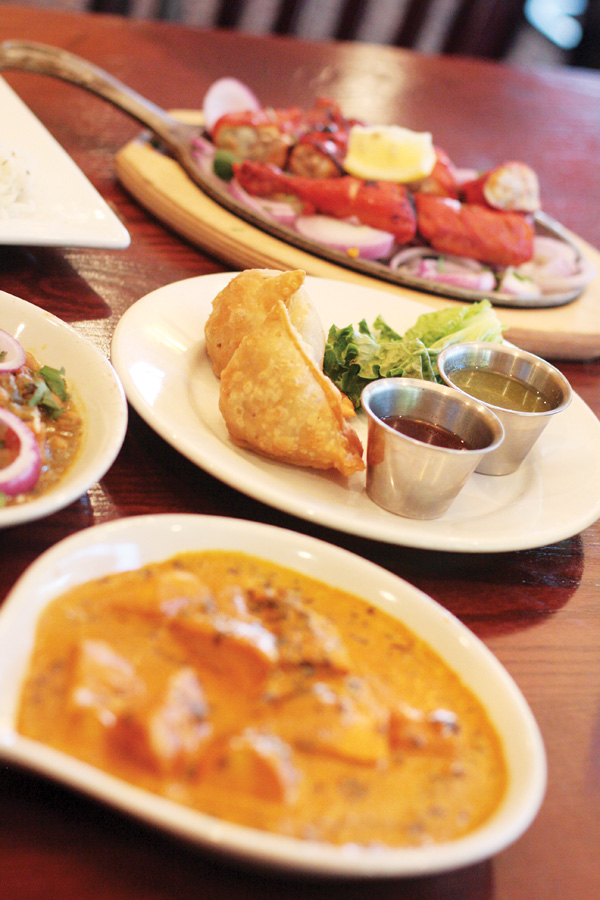 Dishes at Pad Thai can be adapted to any preference, from level one (very little heat) to four (very, very hot). First-time diners should realize that in Thai cuisine, spicy really means spicy.

“On a regular basis, we have people who go out to eat at a Mexican restaurant,” Yeng says. “They come here and ask for medium spicy, and they don’t realize the spiciness is up there.”

While all the dishes can be served spicy, Yeng says that some of those best suited to increased heat are the green curry (which is made with a special paste) and pad bai kra-paul (which also is flavored with sweet basil).

Want to turn up the heat elsewhere? Other area restaurants offering Southeast Asian cuisine – including Rice Palace, Hmong Noodle Wrap, and Egg Roll-Plus – will be  happy to blast your taste buds.

If you’re interested in the flavorful fireball that is cooking from the Indian subcontinent, there’s only one option in the Chippewa Valley: Jewel of India, which is located inside the Ramada Convention Center, 205 S. Barstow St.

“If somebody loves spicy food, they’ll love it,” explains Kevin Brossart, the facility’s operations manager. “Even mild food has a little kick to it.”

As offered at Jewel of India, Indian cuisine draws its heat from green (hot) and red (hotter) chilies.

“You’re sweating sometimes, it’s so hot,” Brossart says enthusiastically. Looking for something that’s well-suited to the heat? The restaurant’s staff recommends the chicken or lamb tikka masala or the chicken biryani.

Don’t worry: The level of spice can be turned up or down at the diner’s request, and there are plenty of Indian specialty breads – including naan and mint paratha – as well as Indian beers to cool your palate if necessary.

Other than the occasional sour-cream-topped bowl of chili, Mexican food was probably most Midwesterners’ introduction to spicy dining. As the Hispanic population in the Chippewa Valley has grown, so has the number of Mexican (and Tex-Mex) restaurants, including Azul Tequila, El Patio, Cancun, and Manny’s, as well as chains such as Burrachos, Chipotle, Taco Bell, and Taco John’s.

Perhaps the most authentic Mexican food in the region can be found in the small taqueria in the back of La Misma Luna Supermercado (until recently known as Supermercado Sandoval), 2824 London Road. The menu includes traditional favorites such as tacos, burritos, and carnitas (pork tips), as well as specialty items like tortas (Mexican sandwiches). For aficionado of hot stuff, the real attraction is the tray of three salsas delivered to each table. Two sauces are relatively mild (a red sauce and a salsa verde) and one is fiery: robertino, a creamy, jalapeño-based salsa that provides a slow, satisfying burn and looks like a green-tinged mustard. Tip: Sip an authentic Mexican soda to counteract the heat.

It’s important to note, however, that not all spicy dishes originate in distant lands or southern climates. It was none other than snowy Buffalo, N.Y., that birthed the tangy chicken wings that bear the city’s name. Local diners looking for finger-smacking and tongue-torching goodness may be tempted by the Blazin’ Challenge at Buffalo Wild Wings, 4612 Keystone Crossing. Competitors must eat 12 wings doused in Blazin’ sauce, the hottest of the restaurant’s 20 varieties. (The eatery’s website offers this warning about the sauce: “Keep away from your eyes, pets, children.”) If diners can do so in six minutes or less – without the aid of tongue-cooling ranch or blue cheese dressing or even celery – they get an ego boost, a T-shirt, and (if they place in the top 10) their picture of the wall. The Eau Claire restaurant’s current record stands at an astonishing 1 minute, 10 seconds.

What does Blazin’ sauce taste like? “ ‘On fire,’ would probably be a good description,” explains restaurant manager Lindsey Smith. The heat starts tolerably at first, she says, but builds up after you’ve eaten a few wings.

Other than gaining a cultural experience or the macho thrill of surviving the sensory onslaught of a pungent dish, what’s the value of a lot of spice?

Chikthimmah, the UW-Stout food scientist, says that while spices generally don’t have many calories, they may contain a significant amount of micronutrients – the same beneficial vitamins and minerals found in other colorful fruits and vegetables (which makes sense considering spices come from things like seeds, bark, and flowers). And they could be good for your health. For example, turmeric – a common component of curry powder – is being studied for possible cancer-fighting properties, and Chikthimmah himself is conducting research on a compound found in horseradish that may be helpful in fighting food-borne illnesses.

Take heed, heat-seeking diners of the Chippewa Valley: Your desire for fire could both give you bragging rights and boost your health. Just don’t forget to order a cool drink – and maybe pack some Tums.