A ‘Flavor Explosion’ at Hers-To-Go 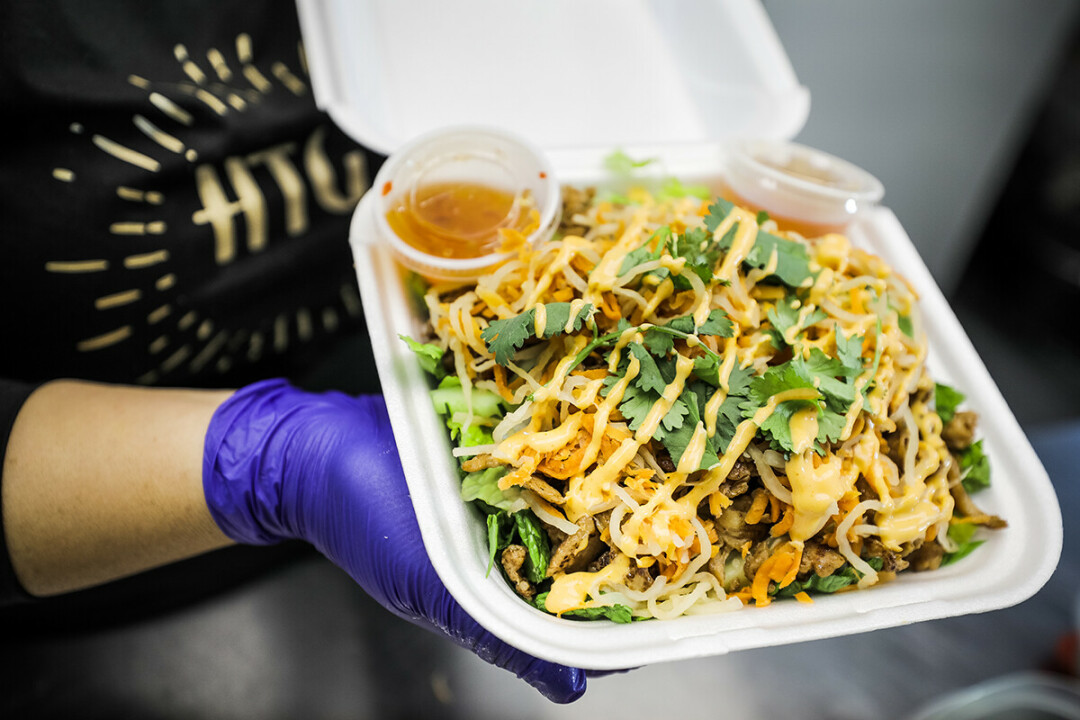 Nou Her has always loved to cook. The former bilingual paraeducator for the Menomonie Area School District fondly remembers watcher her older siblings and their spouses cooking large family meals, and it was something she brought into her 23-year marriage.

Now it’s a passion she’s bringing to her new pop-up restaurant, Hers-To-Go. “Along the way, you learn new things, new techniques,” Nou said. “I’ve always loved cooking because it makes me happy that people like my food too. So the more I know they like it, the more I enjoy it, the more I want to do more.”

Nou, an Elk Mound resident, has been a vendor at the Menomonie Farmers Market for more than five years, where locals have gobbled up her delicious Bánh Mì sandwiches and vermicelli salads, so she knew the transition to her garage-turned-commercial kitchen would be a hit. 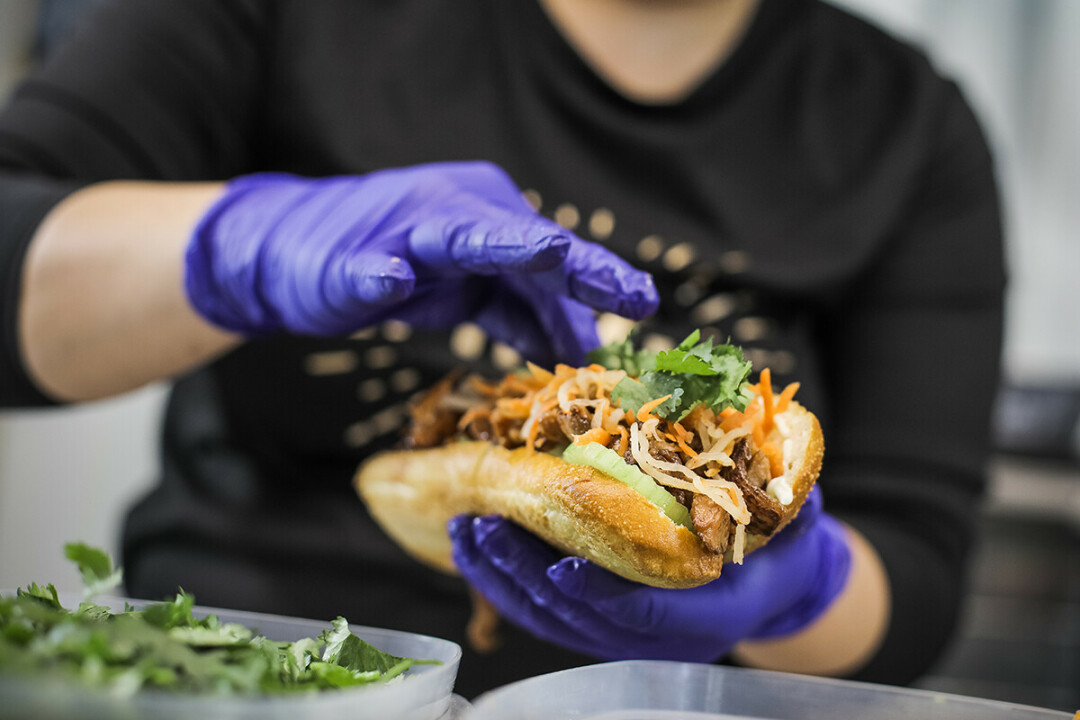 In addition to her popular sandwiches and salads, her new commercial kitchen (which was OK’d by the Dunn County Health Department) allows her to add new things to the menu, including egg rolls and crab rangoon, which can be ordered for pick-up and delivery.

Bánh Mì represents a blend of two cultures, as the sandwich originated in the era of French colonization of Vietnam. Vietnamese people began eating the French baguette with cold cuts, butter, and cheese. Post-colonization, people in Vietnam adapted their sandwiches to include sliced cucumber, pickled carrot, daikon, mayonnaise, and more. “It’s like a flavor explosion,” Nou said of her sandwiches, which are entirely locally sourced. “Sweet, salty, tangy. It’s like a flavor just explodes in your mouth. … It’s got that crunch, but it’s still nice and moist on the inside. It’s amazing.”

In the future, Nou hopes to open a food truck to bring her sandwiches and salads beyond Elk Mound and Menomonie, she said. 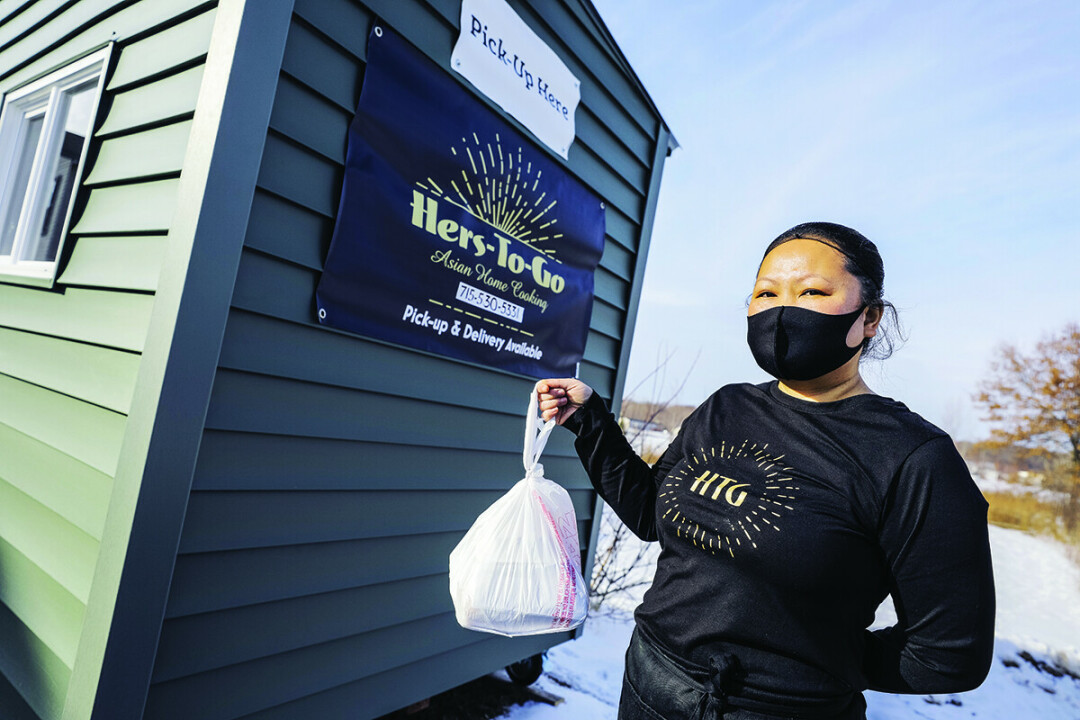