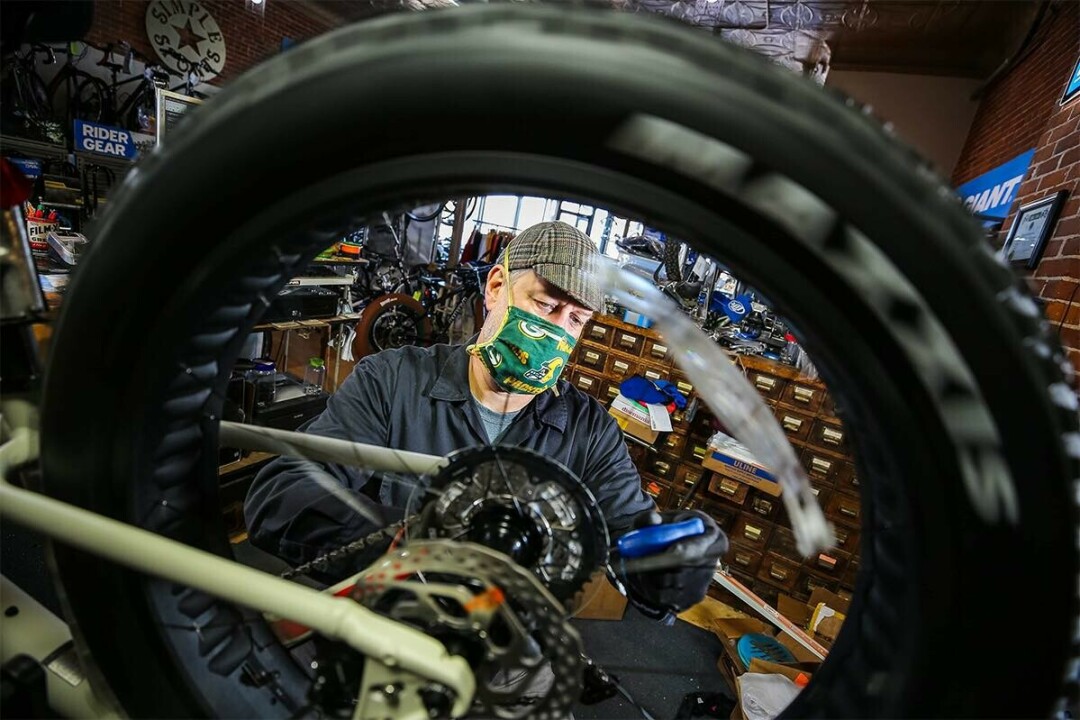 Rory Feddersen’s adventure into the sporting goods industry began when he saw a help-wanted sign at Riverside Bike & Skate in Eau Claire. With that and his passion for cycling, he moved from working at the beloved bike and hockey shop to starting his own business, Simple Sports (400 Main St. East, Menomonie) which is celebrating its 21st birthday this December.

I'll be out at a restaurant or something, and I'll see someone from way back in the day... and it's like, oh my gosh.

Since this University of Northern Iowa grad opened his shop in 1999, a lot of things have changed. For one, the advent of the internet has altered consumer buying habits, Feddersen said. “A lot of people will do what is called ‘showrooming,’ ” he said, “where they’ll come and check out the part or product in my store, but then they’ll leave without purchasing and then go buy it online for a dollar cheaper.” 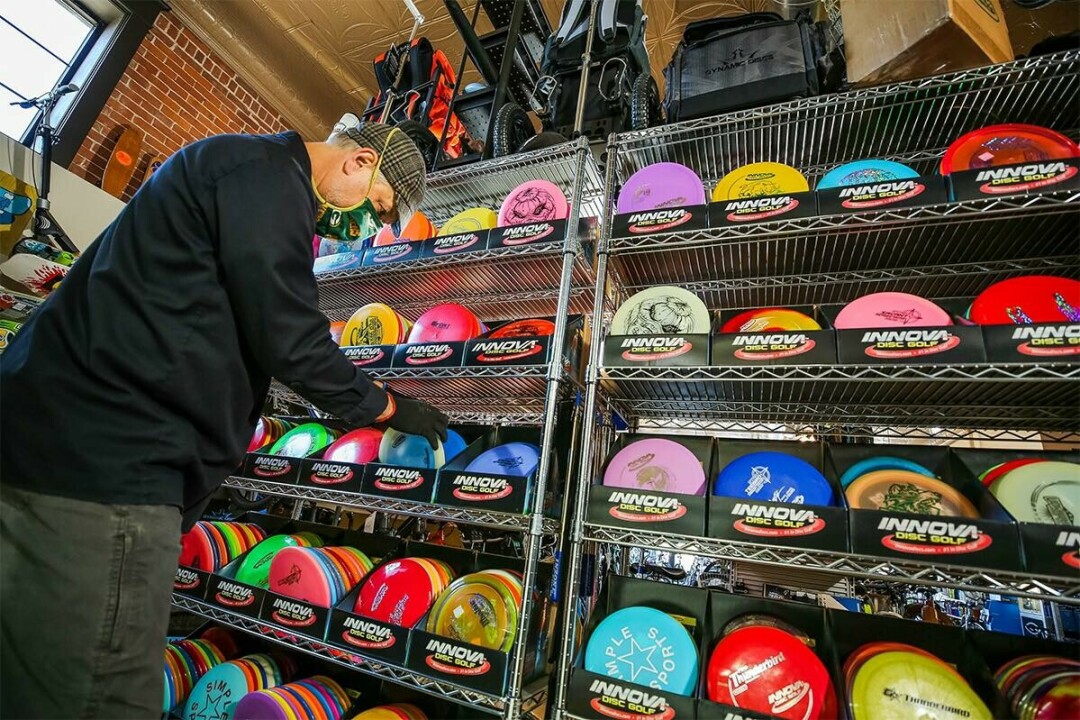 People’s tastes in sports have evolved, too: For example, more people are biking in the wintertime with fat-tire bikes. In addition to selling bikes and parts, Simple Sports also sells skateboards, snowboards, and disc golf materials, and has recently increased its offerings in the cross-country ski and snowshoe segments. Feddersen has seen the demand for snowboards decrease in the last few years and has adjusted his inventory.

“What’s nice is being a smaller shop – I’m not a Scheel’s or a Dick’s sporting goods, where you have a ton of inventory,” he said. “It’s easy to adapt and overcome to that kind of stuff. You order smaller quantities. You sell that. You blow it out. You move on to the next segment.”
With more than 25 years in the business, Feddersen has watched athletes from all over the Chippewa Valley as they’ve pursued their passions, often sharpening skates every year for local kiddos.
“I’ll be out at a restaurant or something, and I’ll see someone from way back in the day, you know,” he said. “And I’ll see parents or kids that were eight, 12 years old 25 or 24 years ago. And it’s like, ‘Oh my gosh.’ ” 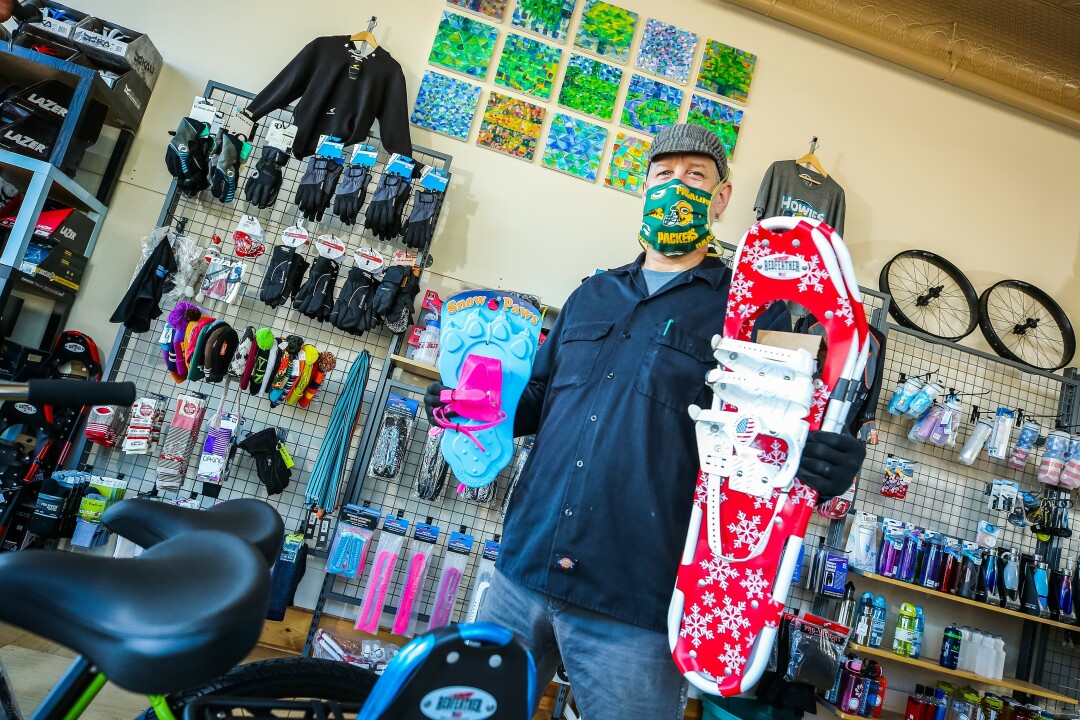 If there’s one thing Simple Sports is good at, it’s adapting and changing to the times – and there’s no time like the present for change. Feddersen currently operates on a by-appointment basis for folks looking for a fix or new parts, but will take walk-ins if he doesn’t already have an appointment scheduled. “There’s been a lot of support from the Menomonie community supporting local businesses and understanding money spent at local businesses is going to stay here instead of going elsewhere,” he said. 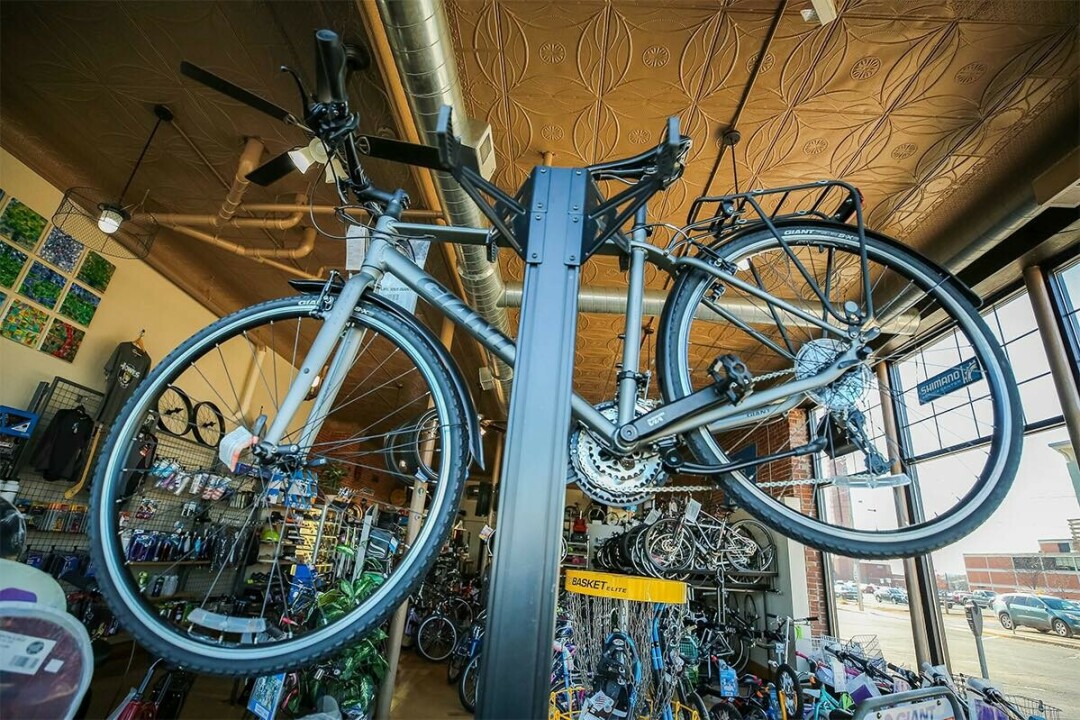 To learn more about Simple Sports, visit their Facebook page at facebook.com/SimpleSportsUS.

Rebecca Mennecke joined the Volume One team as Associate Editor in 2020. Rebecca studied creative writing and journalism at the University of Wisconsin-Eau Claire and formerly served as editor of None of the Above, managing editor of The Spectator...