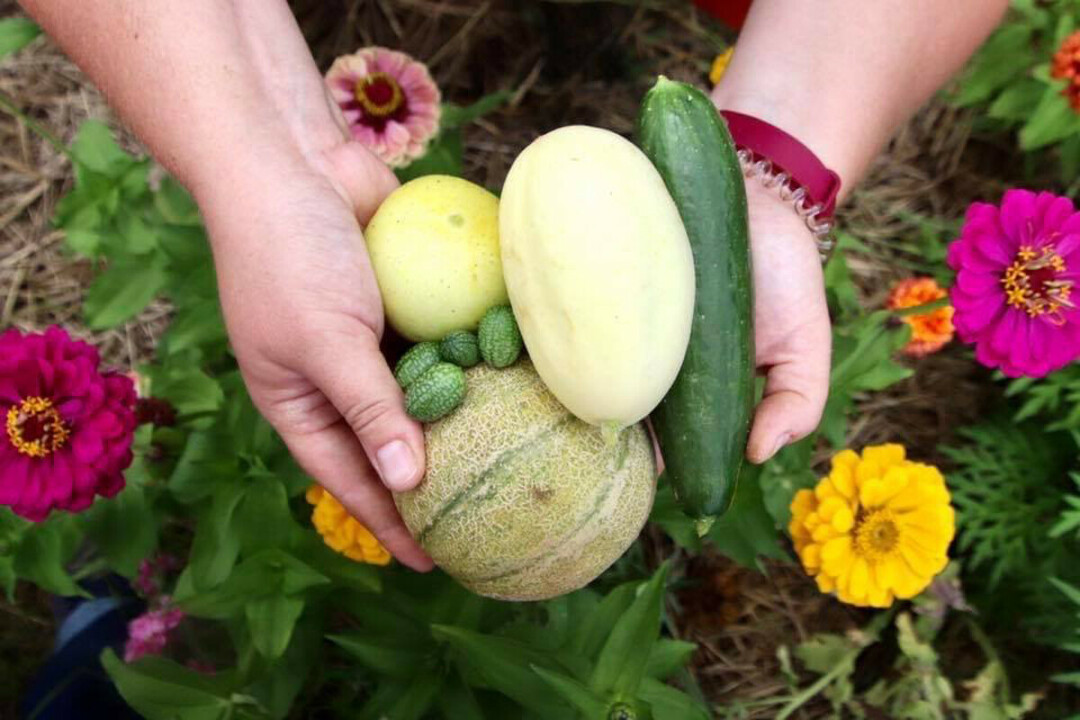 GO BIG OR GO HOME. This year, the Menomonie Community Gardens has filled up all 94 of their plots with lots of "chonky" vegetables.

“If you really have a love for the Earth, it shows.” Or at least that’s what Mary Smith, who has been a member of the Menomonie Community Gardens for six years, says. Gardening is something that she and her husband, Charles, find therapeutic – particularly during pandemic times.

This year, the pair grew an over 30-pound cabbage that they donated to their church family. The secret to their incredible success, Smith said, is that she layers fertilizer in the soil. In addition to their cabbages, they also grow tomatoes and potatoes. “It keeps us going,” Smith said.

"If you're going to be in a
pandemic, the garden is
the place to be." Mary Smith,
- six-year member of the Menomonie Community Gardens

The Smiths’ incredible cabbage is just one of many success stories of this year, according to Menomonie Community Gardens President Mary Lotten, who has been a part of the community for eight years. “We’ve had just a lot of success,” Lotten said. 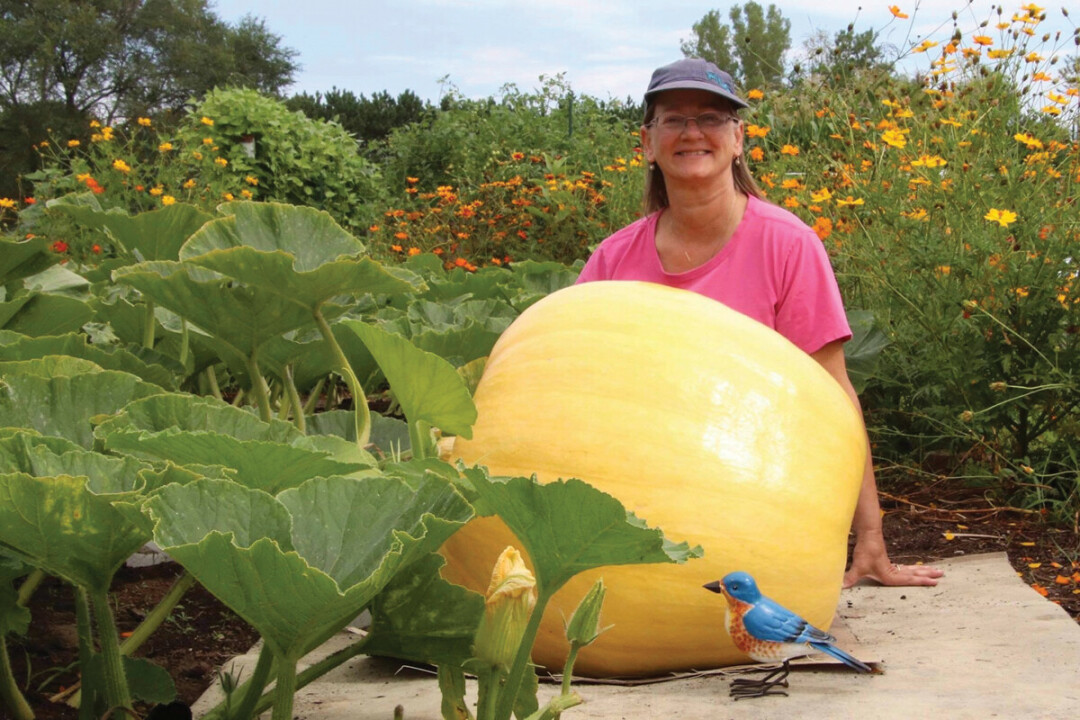 Kathy Westaby, who has been a part of the gardens for three years, decided this year was the year to grow a ginormous pumpkin. Currently weighing about 125 pounds, her giant pumpkin came from Engel’s Great Pumpkin Patch in Menomonie, which specializes in growing enormous pumpkins. By the end of its growing season, Westaby estimates her pumpkin will weigh around 500 to 600 pounds, though the Engels often have pumpkins that reach the 800- to 1,000-pound range. “It will get out of there somehow,” Westaby laughed. “I might have a pumpkin smashing party.”

All 94 of the garden’s plots were rented out this year – which Lotten suspects has to do with a fear of food shortage due to the pandemic. Nonetheless, each plot has a unique personality relative to its gardener, with unique birdhouses, solar-powered gardening system, and a few “junky” items that give each plot its charm.

“If you’re going to be in a pandemic, the garden is the place to be,” Smith said. 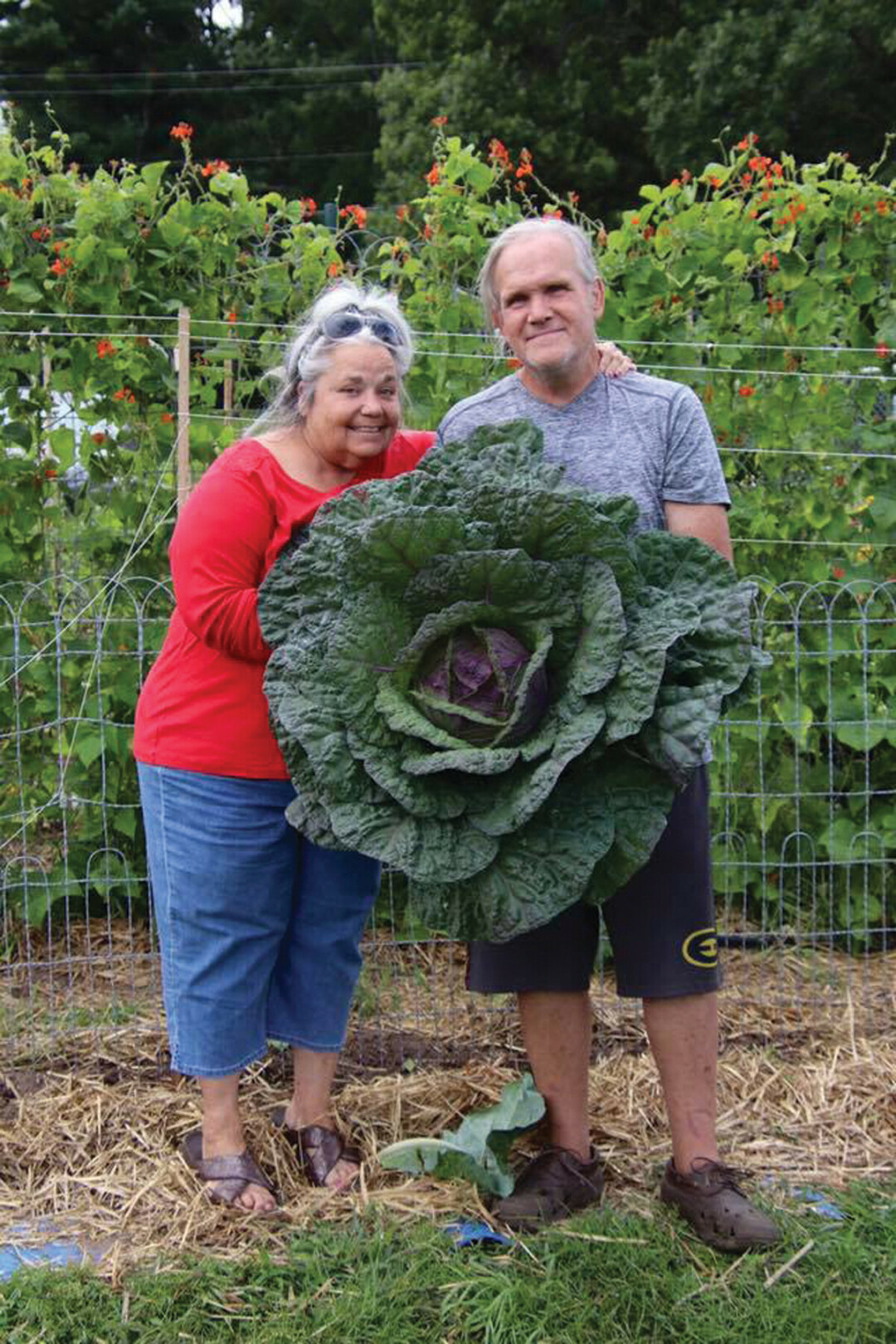 Mary and Charles Smith with their enormous cabbage.
share
comments 0