annual celebration of German heritage at the Northern Wisconsin State Fairgrounds will be back Sept. 16-17 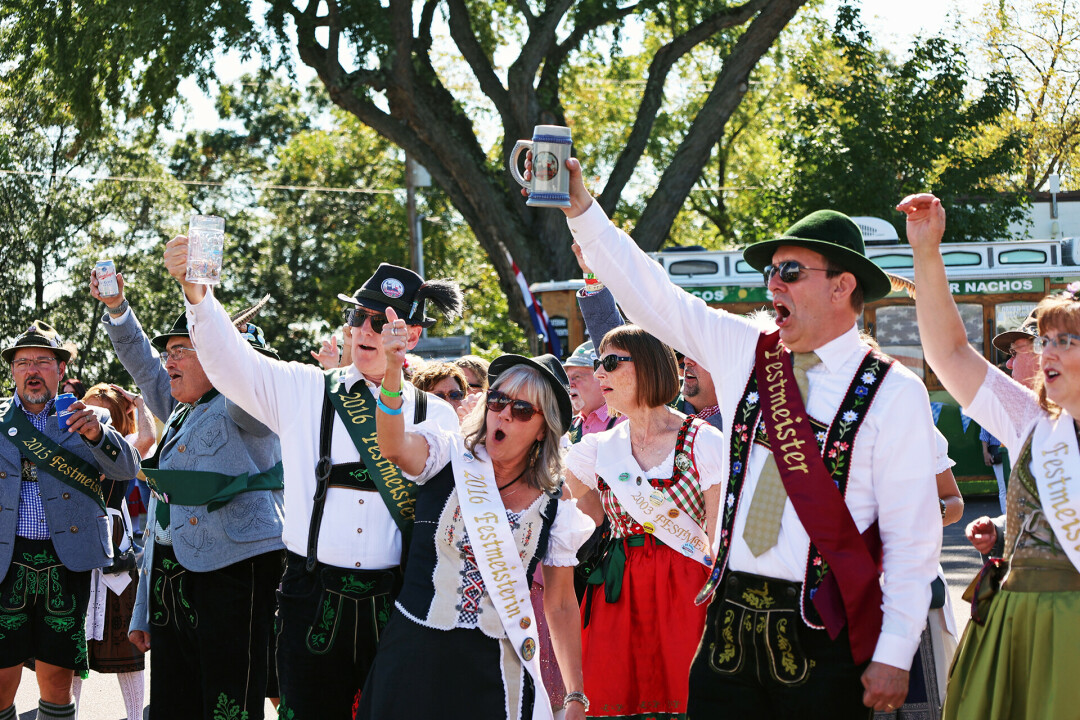 CHEERS TO BEERS. With nearly 15,000 annual attendees, Chippewa Falls Oktoberfest is one of the largest events in the Chippewa Valley.

Prost! One of Chippewa Falls’ premiere events is back and better than ever in 2022.

Chippewa Falls Oktoberfest at the Northern Wisconsin State Fairgrounds has been a marquee attraction in the Chippewa Valley ever since its inception in 2003. The family-friendly German heritage event has been the site of lager-heavy memories for the past 19 years, and this year the festival is set for Friday, Sept. 16, and Saturday, Sept. 17.

“Our Oktoberfest is such a family-friendly event,” Tasha Weiss, programs director at the Chippewa Falls Area Chamber of Commerce said. “It’s a great place for families to come out to. This event ends up being a pseudo-family reunion for a lot of people, so being able to host that is phenomenal. The event was actually started as a way for us to honor our German heritage in the Chippewa Valley, but now it’s also a great event for people outside of the Chippewa Valley to come in and celebrate as well, and see how great the city of Chippewa Falls is.” 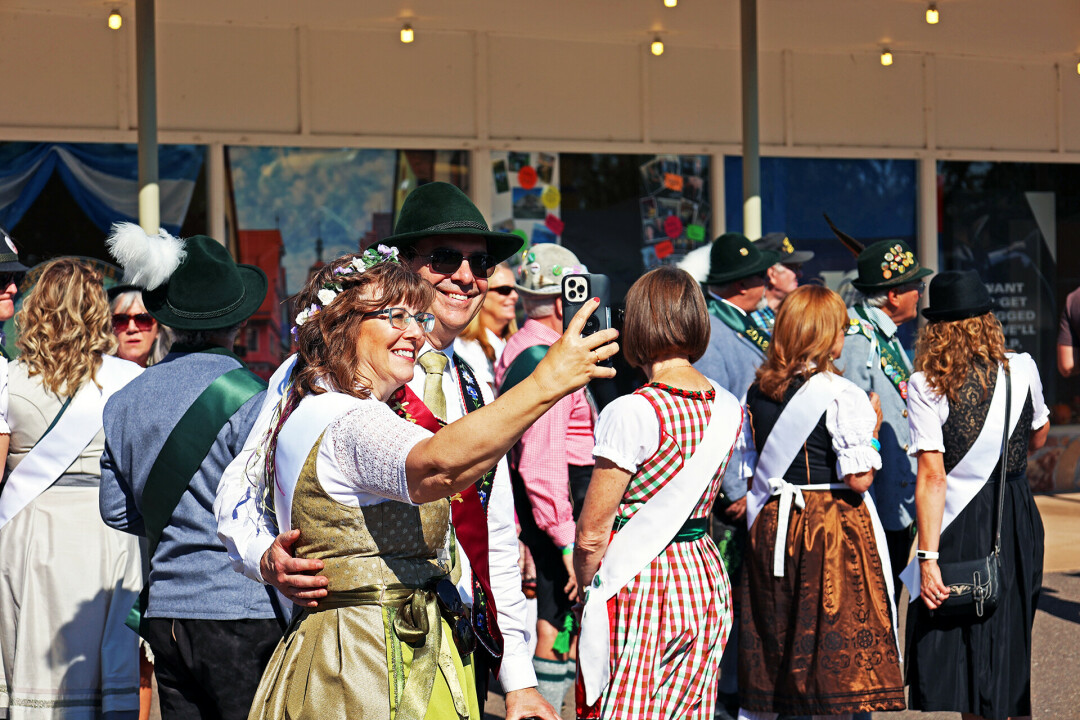 Each year Oktoberfest begins with the new festmeister and festmeisterin (Oktoberfest royalty) being crowned at Leinenkugel’s Brewery in downtown Chippewa Falls. Following a precession and toast, the festivities are up and running. This year will bring new kids’ activities and glockenspiel acts, including music from the likes of Brass Barn Polka Band, Bavarian Musikmeisters, Copper Box, Gary’s Ridgeland Dutchmen, Big Deeks, The Swing Crew, and over 30 other diverse performances on four different stages.

And it wouldn’t be Oktoberfest without their signature brand of competitions, this year will feature kid versions to include the whole family. The stein holding, sauerkraut eating, and keg rolling competitions will be back in full swing this fall, as well as family-friendly entertainment playing an even larger role in this year’s lineup of events.

“It doesn’t really feel like fall yet until Oktoberfest happens,” longtime attendee Jason Jahns said. “It’ll be good to get back out to the fairgrounds for the weekend, and I’m really excited about us all getting back together again for another fun weekend.” 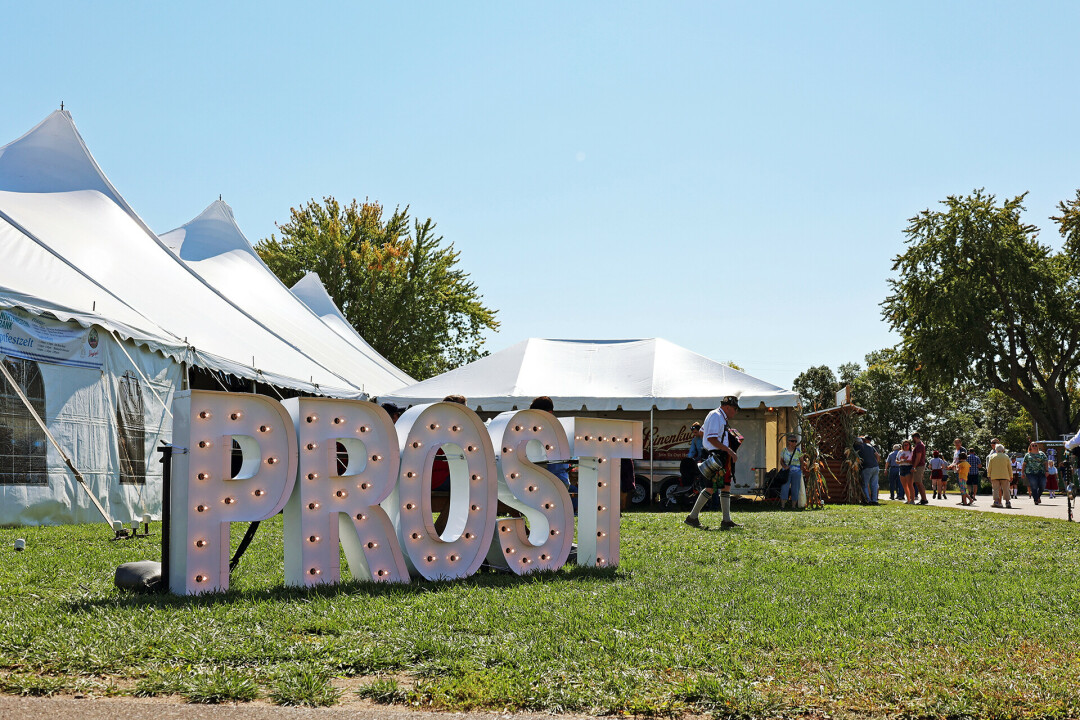 The catalyst for starting a Chippewa Falls edition of Oktoberfest began in 2003, when approximately 70-80% of Chippewa Falls residents had at least some German heritage. It attracts about 14,000 attendees annually. The festival is a version of the original Oktoberfest in Munich, Germany, which is held over a two-week period and ends on the first Sunday in October. It began in 1810 as a celebration of the marriage of the crown prince of Bavaria, who later became King Ludwig I, to Princess Therese von Sachsen-Hildburghausen.

While the pandemic is showing signs of slowing down, Chippewa Falls Oktoberfest organizers are remaining vigilant in their pursuit to keep their attendees safe and will continue to heed public health officials’ advice. They will also be wiping down tables and encouraging social distancing whenever feasible.

For more information on the 2022 edition of Chippewa Falls Oktoberfest, visit their Facebook page or gochippewacounty.com/oktoberfest.