after 37 years in parks and rec, Dick Hebert passes the torch onward 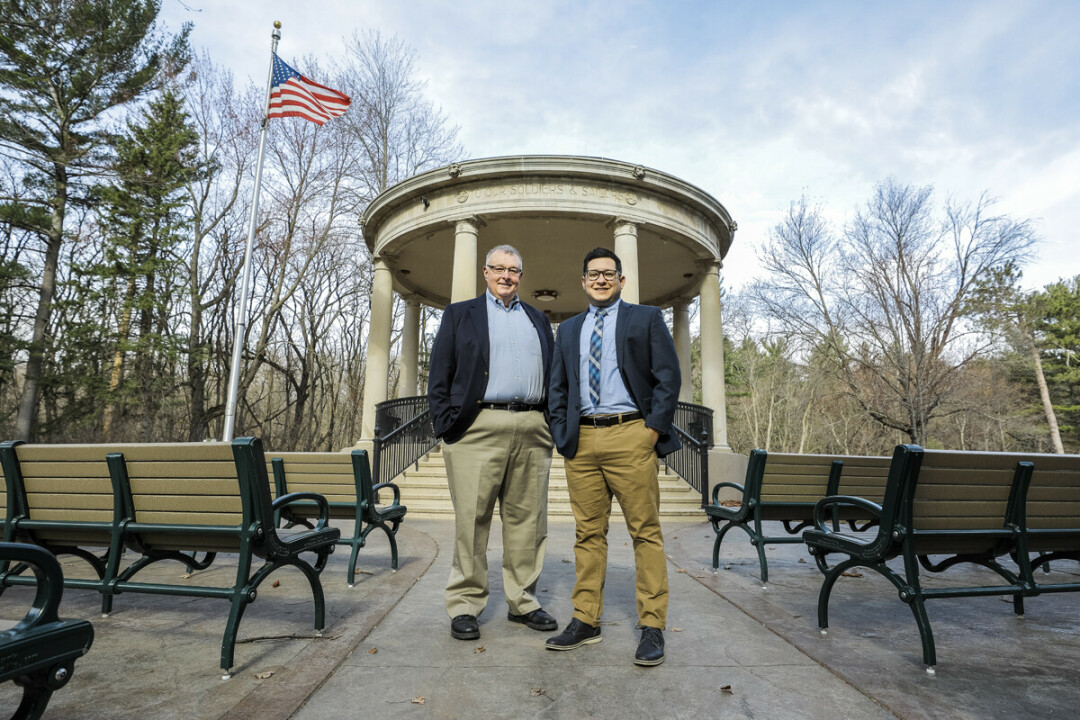 Learning and growing. That’s the core mission of two men’s careers that now intersect. After nearly 37 years in the Chippewa Falls Parks, Recreation, and Forestry department, Dick Hebert is passing the torch to John Jimenez, the new parks and recreation director, who officially began his duties on April 1.

“Every day that I came to work, I was happy to come to work,” Hebert said. “And I wasn’t rushing to come home.”

"Every day that I came to work, I was happy to come to work, and I wasn't rushing to come home." – Dick Hebert, Former Chippewa Falls parks, recreation, and forestry director

Hebert’s career in the parks and recreation department began after he received his degree in Parks and Recreation Administration from UW-La Crosse in 1983. The 1978 McDonell Central High School grad and former baseball and football player always thought he would work  as a sports program director, but when the position for supervisor in Chippewa Falls opened up, it was like the stars aligned. In his 37 years with the department (27 as supervisor and almost 10 as director), Hebert oversaw thousands of seasonal employees, who he says made an impact on him. “It was really cool to watch them grow,” he said. In the last decade, the parks and rec department received almost $14 million in donations and endowments.

Now, Hebert is passing the torch to former California resident Jimenez. “When I found out just how supportive the community was, that lit up my eyes,” Jimenez said. “I couldn’t believe just how amazing and how involved the community was, and so to know that the community support is there and that system is there, really excites me.”

“We can’t do this by ourselves,” Hebert said. “But the community steps in and helps us. Everything we’ve completed was because of community support.”