The Chippewa Store Changes Things Up 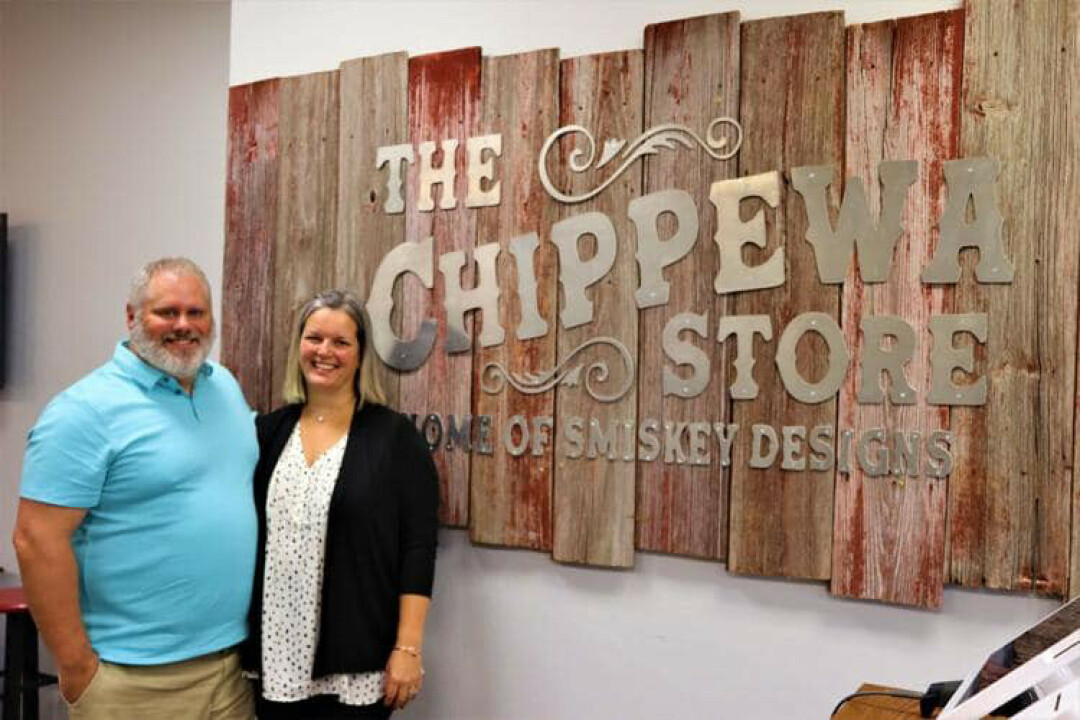 Carl and Cassie Smiskey in their new business, The Chippewa Store. (Submitted photo)

Carl and Cassie Smiskey had been married for two years when they decided it was time to start another adventure together: opening up a new business.

“We wanted something that we could do together,” Cassie said. Carl formerly owned his own print shop, Smiskey Designs, where locals could snag embroidered and embossed designs for their local businesses and companies.

Together, they’re expanding that venture to include school spirit wear and Chippewa Falls-centric gear – including T-shirts, shot glasses, keychains, and more at The Chippewa Store – which opened Sept. 1 at at 23 W. Spring St. They’re the first Chippewa Falls-based store to include Chippewa gear 365 days a year, the pair said.

It’s a solely family venture, as many of their displays were made by Carl’s brother, who works as a contractor. “We called in our favors to get it all done,” Cassie said.

She’s excited to see her husband creating logos and gear in action, as the back of their shop features his printmaking studio and a cozy location to meet with clients. “We’re people people,” she said.

The Chippewa Store will host an official opening ribbon cutting on Friday, Oct. 9, where they will have special deals and giveaways – so check it out! 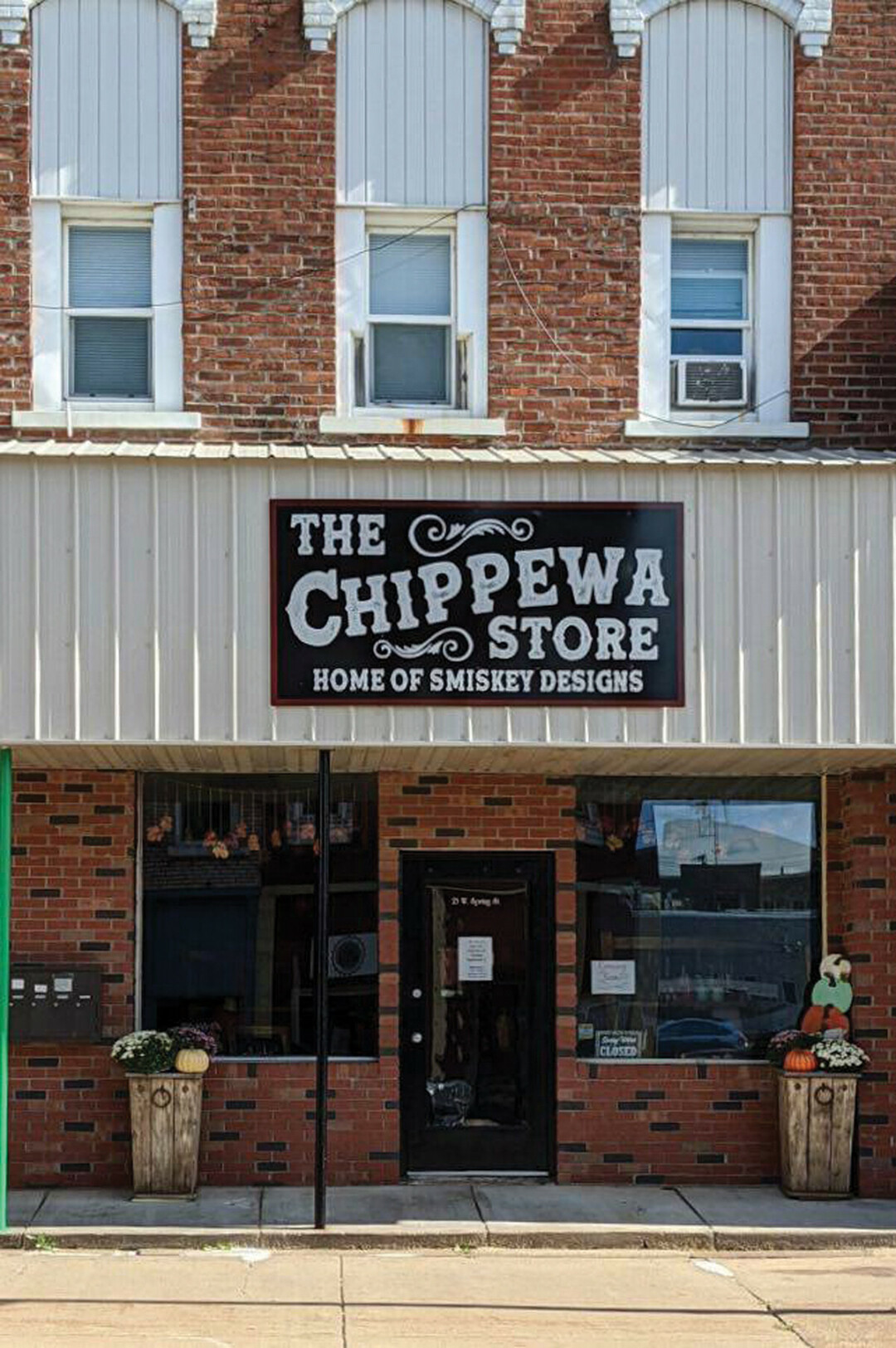