‘Switched’: A Locally Written Body-Swap Film for the 2020s 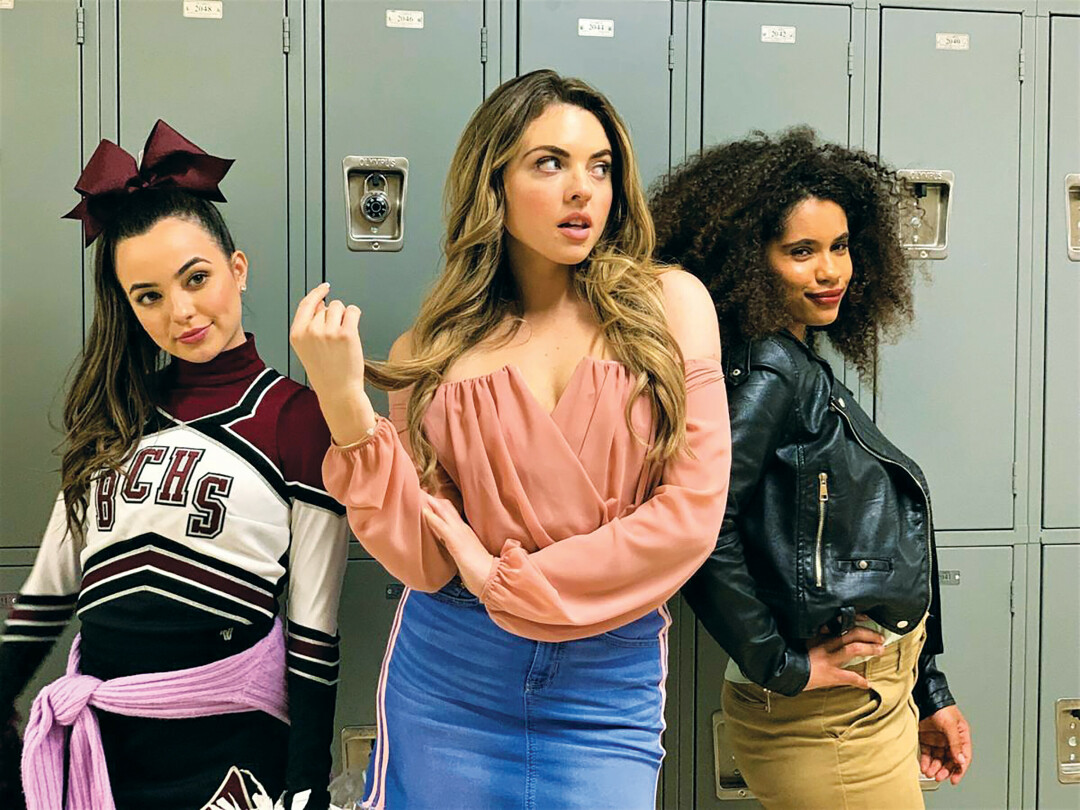 THINK BEFORE YOU POST. Switched, a film written and directed by Chippewa Falls native Andrea Polnaszek, is a Freaky Friday-esque body switch movie that shines a light on bullying and the social pressures faced by today’s teenagers. (Submitted Photo)

When teens Cassandra Evans and Katie Sharp wake up to discover they’ve switched bodies, the pair have to learn how to navigate each other’s lives. That’s the Freaky Friday-esque plot of a new film that was written and produced by Chippewa Falls native Andrea Polnaszek, Switched – which comes out on DVD on Oct. 6 and is available on some streaming services.

“It is very important to talk about real issues teens are facing,” Polnaszek said. “Being responsible on the internet is very important. Teens often struggle with self-image, and social media feeds into that by presenting ‘the best self’ rather than ‘the real self.’”

Switched tells the story of two girls’ experiences with bullying and social comparison, offering a positive take on how to cultivate more friendly high school experiences – even without having a Freaky Friday moment. It’s something that Polnaszek has prior experience navigating as a licensed clinical social worker and through the ministry work she shares with her husband, Perry, at Fellowship Church in Chippewa Falls.

"Teens often struggle with self-image, and social media feeds into that by presenting ‘the best self’ rather than ‘the real self.’”

“I hope this film, Switched, will bring hope and encouragement to teens everywhere,”  said Polnaszek, who has also written and produced the films Catching Faith, Wish for Christmas, and Catching Faith 2. “I hope it will help people to think before they post. And most of all, I hope that people will choose to lead with love rather than tear people down.”

The cast includes well-known names such as Miya Horcher (Killer in Suburbia, The Rookie), Madeleine Byrne (Twenties), John Schneider (The Dukes of Hazzard, Smallville), Vanessa Merrell (Jane the Virgin, Like a Boss, The Standoff), Laurine Price (American Crime Story, This Close), and Denise Richards (The World is Not Enough, Starship Troopers).

You can check out more about the film at www.switchedmovie.com.