Santa Clauses – and some Grinches, elves, and reindeer as well – left their sleighs in storage and pedaled through downtown Eau Claire on Sunday, Dec. 4, during the first-ever Santa Cycle Rampage held in the Chippewa Valley. The fun family event involved more than 100 cyclists costumed as Santa, reindeer, elves, the Grinch, and other holiday characters.

Starting from Phoenix Park, they merrily pedaled their way along a five-mile route that included Barstow, State, and Water streets. The cyclists were diverse in age, gender, and mode of transport, with some of road bikes, others on fat-tire cycles, and still others on recumbents. The event – which was inspired by similar rides in Madison and Milwaukee – raised funds for Bike Chippewa Valley, CORBA (Chippewa Off Road Bike Association), and the Wisconsin Bike Fed, and was sponsored in part by Volume One. 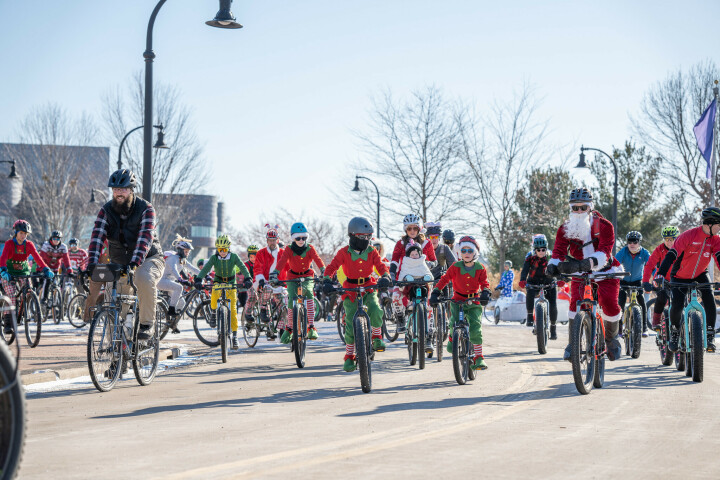 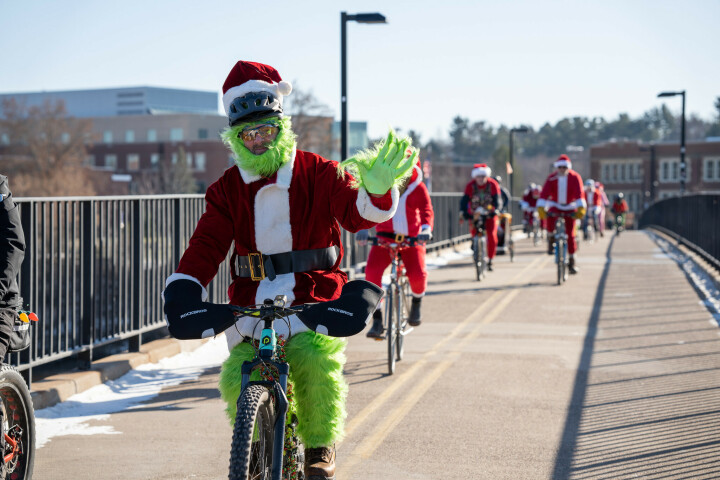 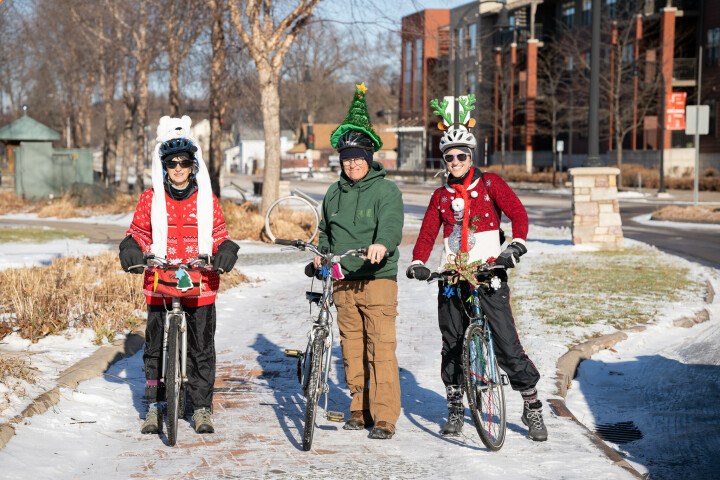 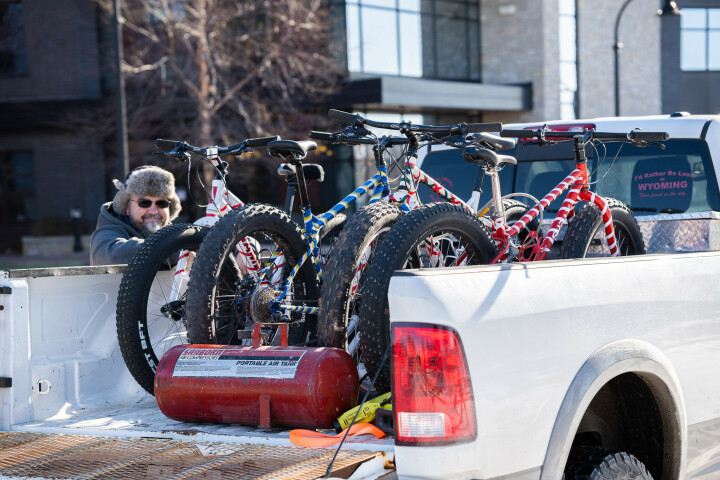 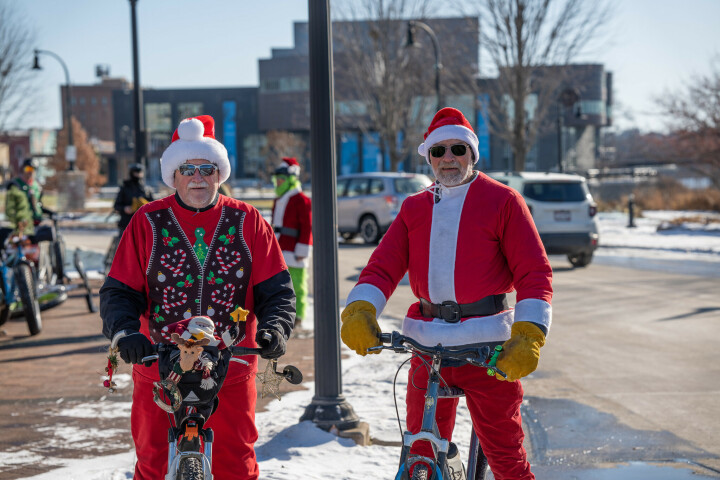 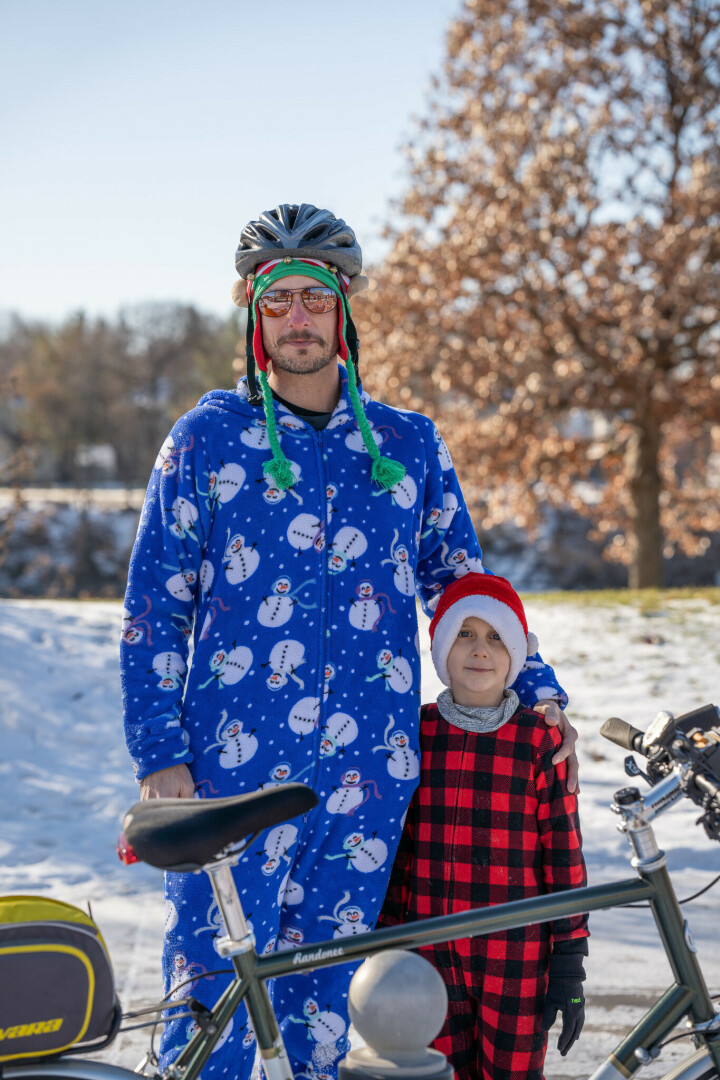 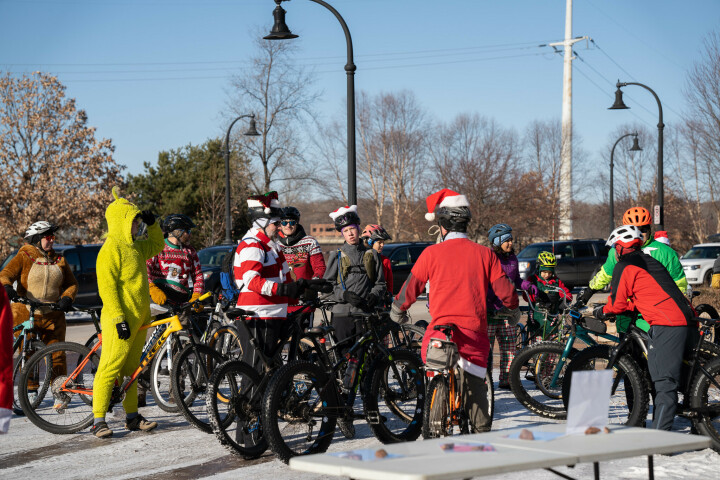 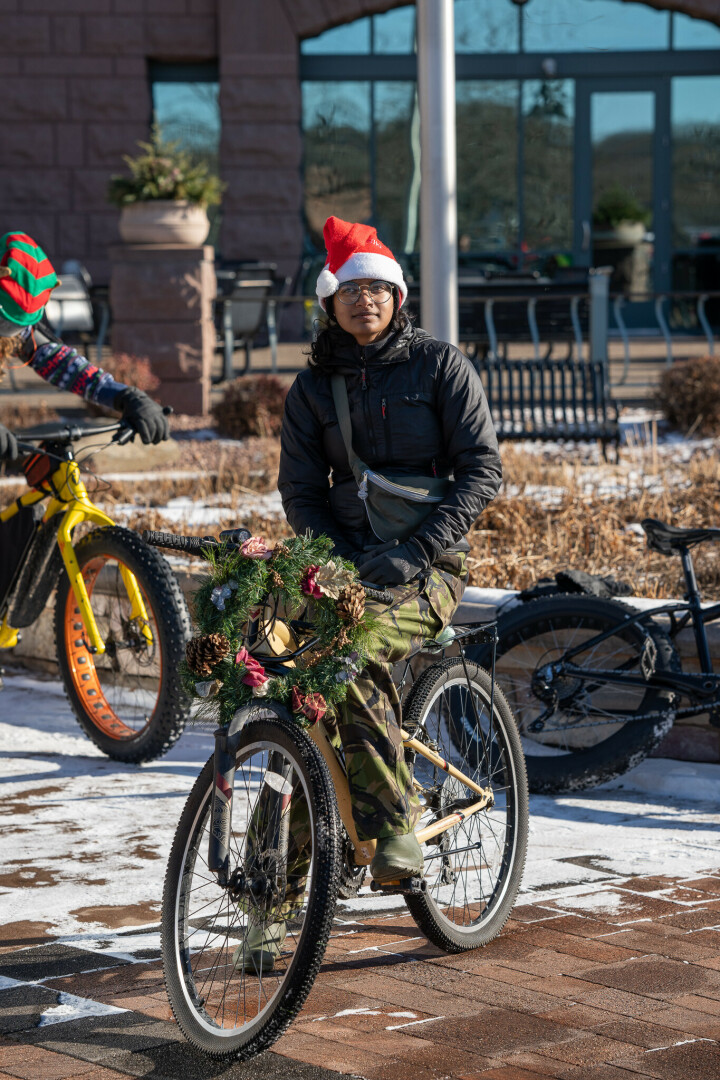 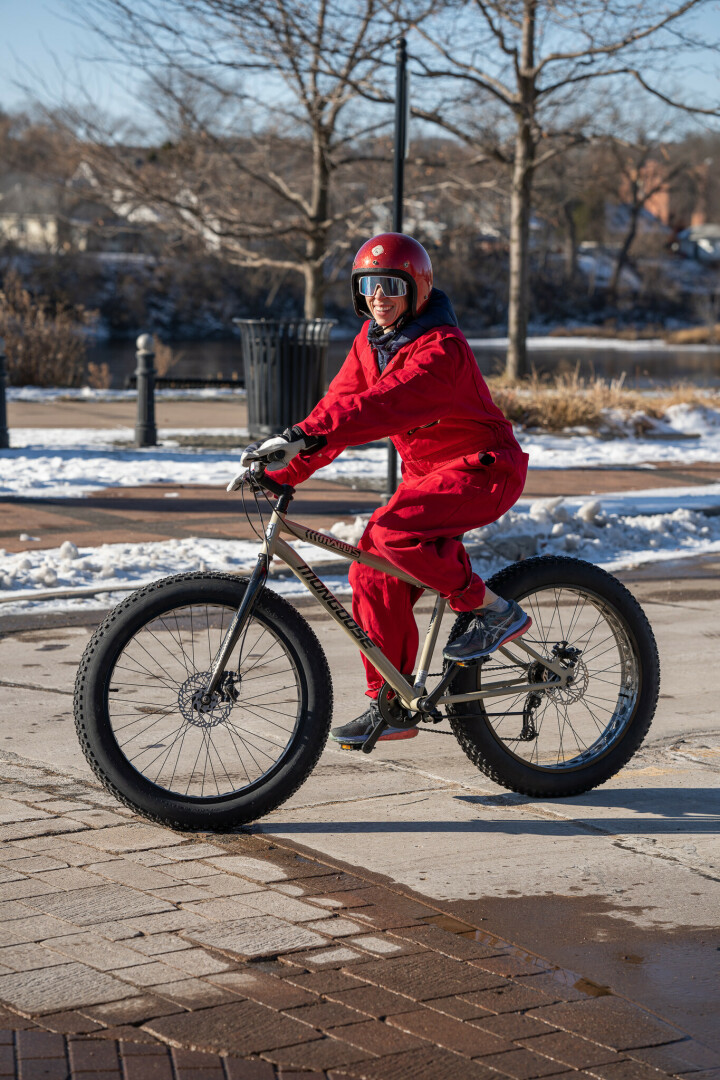