On cold winter days, when the winds howl beyond outside our windows, and it’s a gleaming white color outside, Jeanne Styczinski of Colfax finds herself surrounded by pops of color.

A retired kindergarten teacher of 30 years, Styczinski has dedicated a considerable portion of her life to children’s books. She’s read and taught thousands of them to her students over the years. All that was left to do was make them.

A longtime lover of art, Styczinski took inspiration from the environment around her – specifically, nature and her classroom. But she takes it to a whole new level. 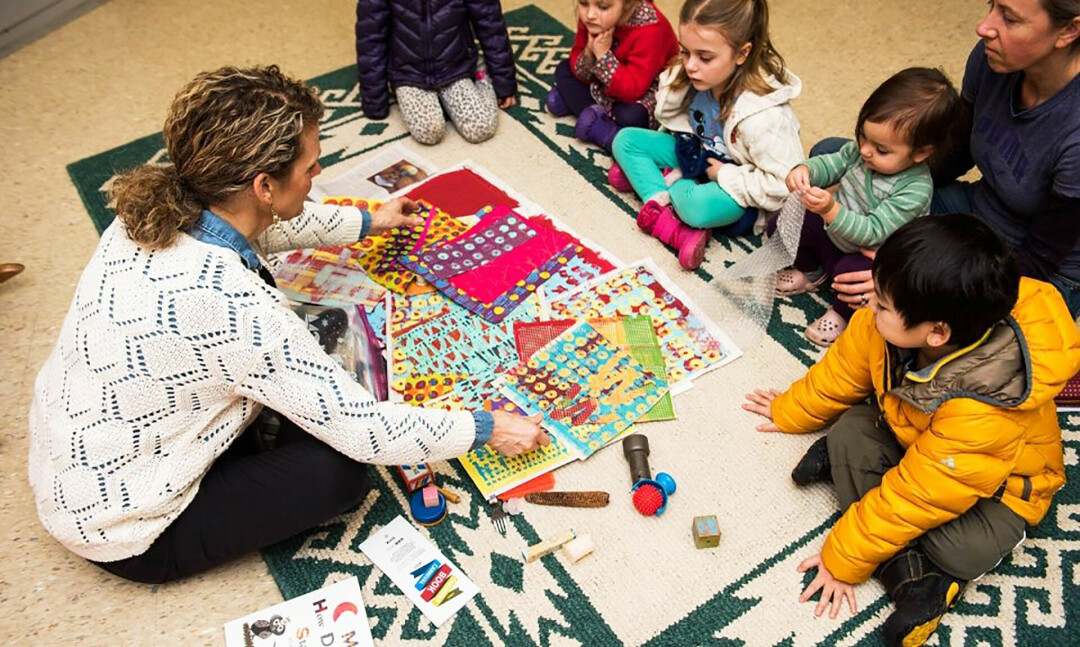 “We’d put this newspaper down, and the kids would be painting on it. All of a sudden we realized, after group after group had painted on this newspaper, how beautiful it really was.” –Jeanne Styczinski, author and illustrator

As someone who creates collages, Styczinski saw this as an opportunity. Having found her style back in the kindergarten classroom, Styczinski continues to use painted newspapers as the base for her illustrations. But the crossover doesn’t end there; she also uses toys and other unconventional tools to create the accents and details in her books.

The tools Styczinski uses to create her books are all recycled, too. She considers her process to be incredibly organic, reflecting the pure nature of both her art and that of her students, as well. 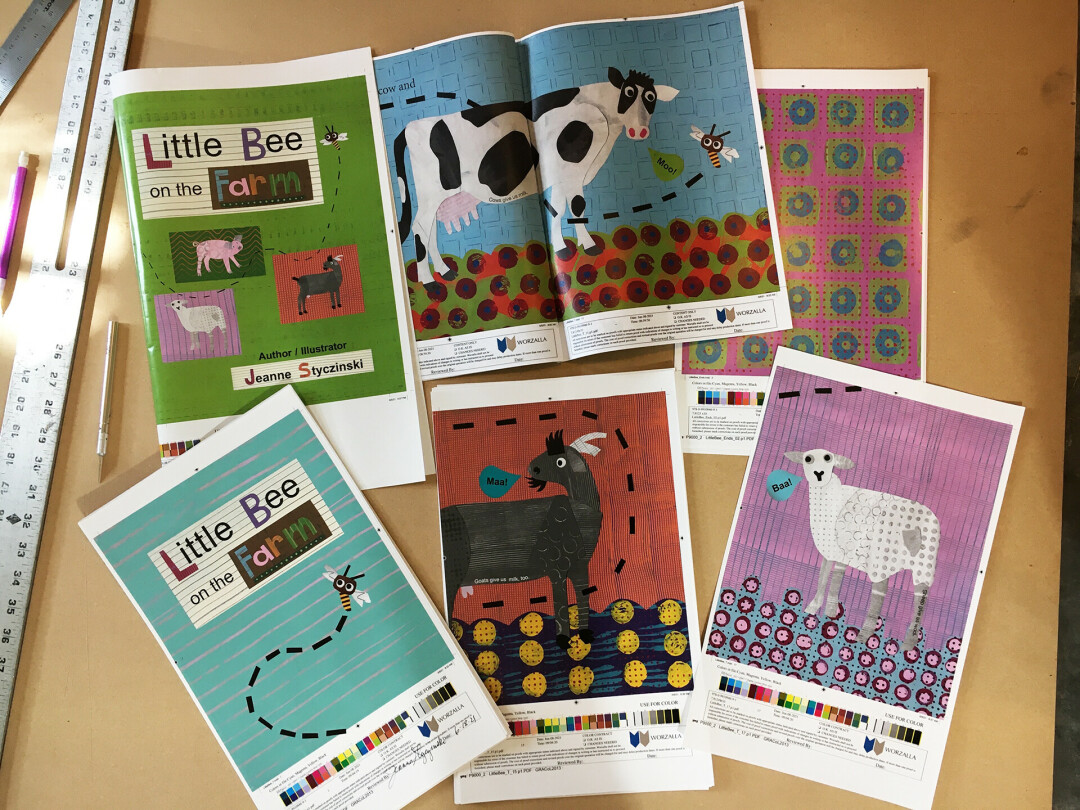 Though her work as an award-winning children’s book author and illustrator came to her later in life, Styczinski has written and illustrated four books published through her independent company, Jeanne Kay Publishing.

Some of her most recent projects include her newest book, Little Bee on the Farm, published in September, which explores the story of a little bee flying around looking for nectar. While on its journey, it learns about the other animals on the farm and what products they make.

Additionally, she has recently collaborated solely as an illustrator with author Cindy Pesek on Papa Chuck’s Garden, another children’s book that came out in April.

While Styczinski does enjoy the writing process, she said she’s come to love the art aspect more and more over the years.

With more projects on the horizon, be sure to follow Styczinski and her journey on Instagram at @jeanne_styczinski or on her website, mrsjeanne.com. Her books and other art – including greeting cards, prints, and book bags – can be purchased on her website as well as at The Local Store, Tangled Up in Hue, and Down to Earth Garden Center. 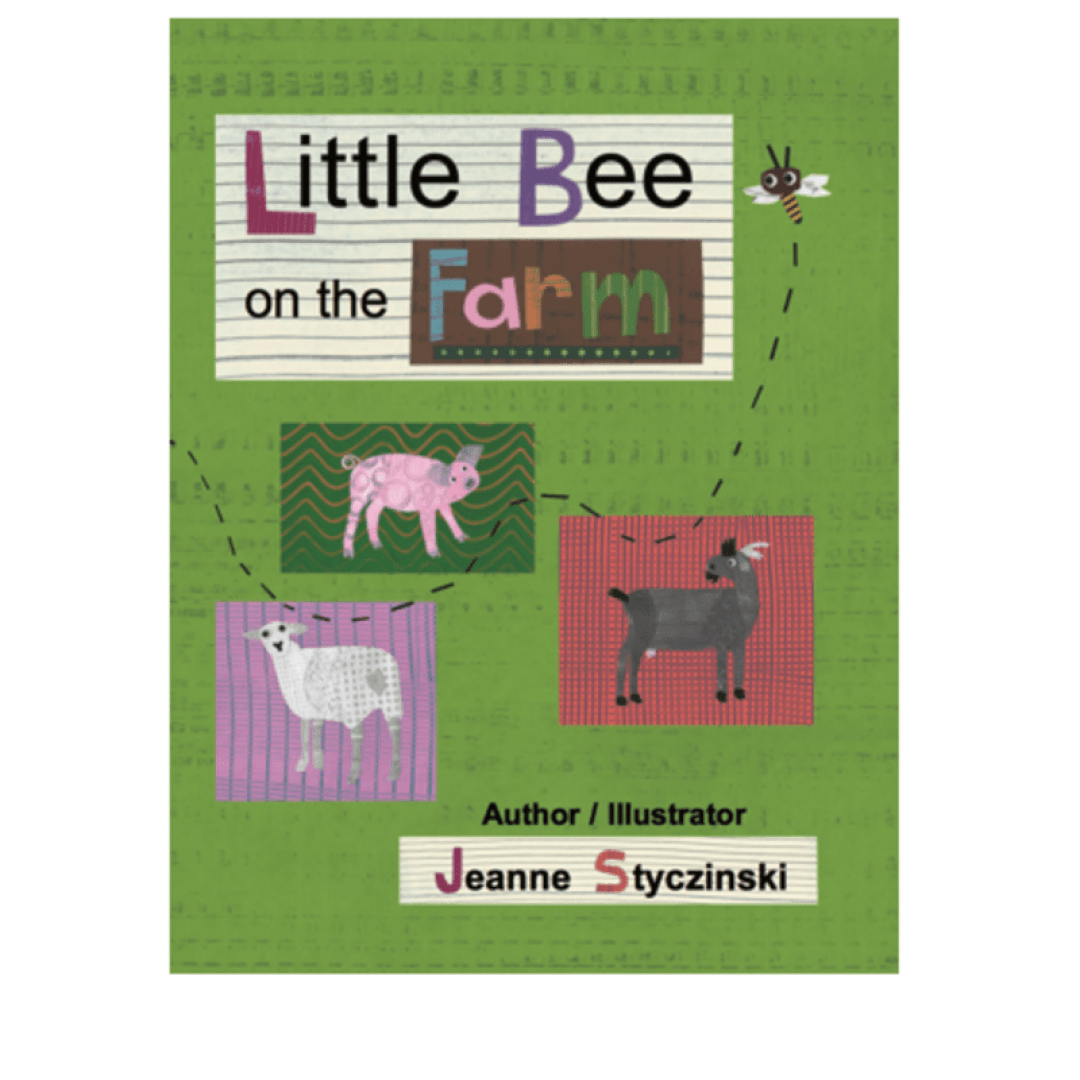