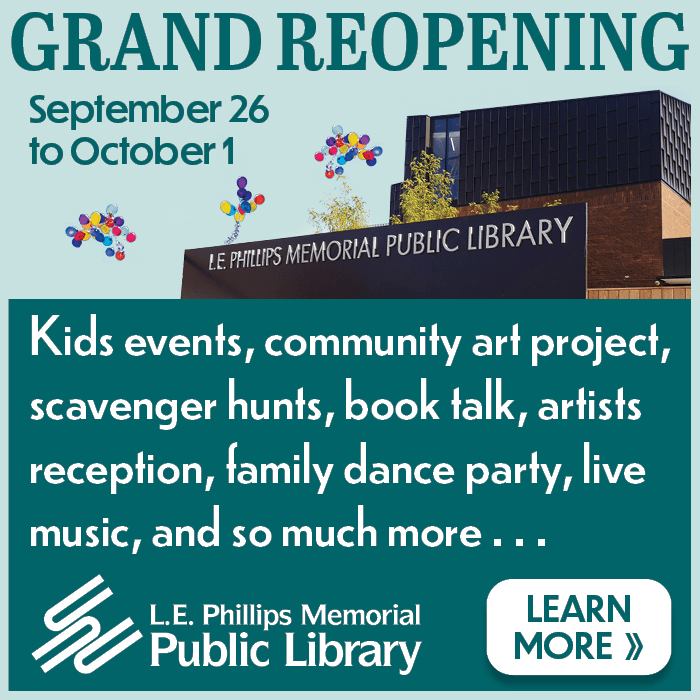 A new effort to put free books on Eau Claire Transit buses isn’t just a way to give riders something to do if the Wi-Fi goes out (although that’s not a bad idea, come to think of it). It’s also a serious effort to get more books into the hands of children and adults as they cruise around town on city buses.

As early as late spring, all 22 city buses could be outfitted with special racks filled with books that people can read on the ride or bring home if they want to – free of charge. Consider it a road-bound riff on the Little Free Library movement that began in Hudson a few years ago and spread throughout Wisconsin and the world, with literally thousands of book-filled boxes springing up at homes, businesses, and schools. In this case, the free books will be close at hand for people who rely on city buses for their transportation.

“The books will hopefully begin to flow through the buses like they do through the little libraries,” explains Bob Eierman, vice president of the Board of Trustees at the L.E. Phillips Memorial Public Library in Eau Claire. Eierman compared the Books on Buses effort to the Book Bike the library launched last year, although this project will be less expensive and complex than that pedal-powered mobile library. While items checked out from the Book Bike have to be returned to the library, books from the buses will be free to keep.

The suggestion for Books on Buses came from City Councilwoman Catherine Emmanuelle, who observed a similar program in 2013 while on vacation in Albuquerque, New Mexico. Emmanuelle thought the program was novel (no pun intended), and filed the idea away for a few years. When Emmanuelle met the library’s new director, Pamela Westby, last year, Westby asked if she had suggestions for the library. Emmanuelle mentioned the Books on Buses concept, and the idea soon caught hold in Eau Claire.

Tom Wagener, Eau Claire Transit manager, said both bus drivers and Transit Commission members have been supportive of the idea. Wagener sees it as a way to help improve literacy among people who might be on the bus, whether they’re children or adults. In fact, a bus ride may provide the perfect impromptu opportunity for a parent and child to share a book.

Shelly Collins-Fuerbringer, youth services manager at the library, says the library is pursuing a small grant to pay for book racks. Other than that, the program should have minimal startup costs, in part because she expects books to come from donations or from volumes discarded from the library’s collection. While the project is still in the planning stages, it’s already received support from the necessary parts of city government.

“I’m really excited about it,” Collins-Fuerbringer says. “I think it’s going to be a great program. With the Book Bike, I think our goal was to surprise people, and I think this will surprise people.”