With the Grammy Awards coming up on February 8, we thought we'd delve into the Chippewa Valley's (perhaps lesser known) history with the shiny little phonograph.

True, Bon Iver’s Justin Vernon won two Grammys a few years ago, but they were both for the same album: Bon Iver, Bon Iver. By contrast, Jazz I – UWEC’s premiere jazz ensemble – has been nominated for two different albums: Jazz in Clear Water: Harpoon in 1997 and Jazz in Clear Water: Things to Come in 2001.

And speaking of jazz, Eau Claire native Geoff Keezer has been a standout in the genre since his teens. Like his hometown university, the pianist and composer (who now calls California home) has been nominated twice for Grammys: for Best Latin Jazz Album (for Aurea) in 2009 and for Best Instrumental Arrangement Accompanying a Vocalist (for singer Denise Donatelli’s “Don’t Explain”) in 2010. 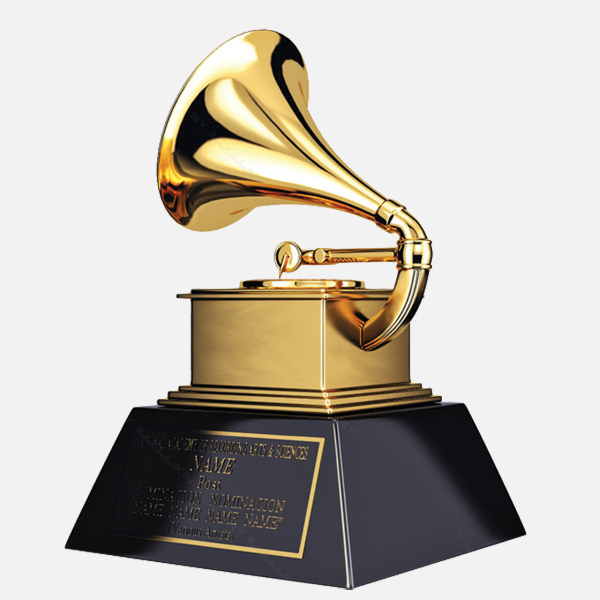 This is a Grammy.

Eau Claire’s Peter Phippen, an internationally renowned flautist, made history with his nomination for Best Native American Music Album back in 2011. Unfortunately, it wasn’t because Woodnotes Wyld won the Grammy: It was because 2011 was the final year the Academy of Recording Arts and Sciences gave out awards in that category.

The blues guitarist/singer/songwriter was born in Thorp and once owned the venerable Stones Throw, where his band gigged in the late 1980s and early ’90s. One of the most fruitful periods in his long career was his collaboration with Chicago blues guitarist Luther Allison. He co-wrote many of the tracks on Allison’s album Reckless, which was nominated for the Best Contemporary Blues Album Grammy in 1998.

Mays, a jazz pianist, may have the most tenuous local connection, but he’s got more Grammy wins than anyone else on the list. A native of Wausaukee, Mays attended UW-Eau Claire in the early 1970s and later graduated from the University of North Texas. In 1977, he became a founding member of Pat Metheny Group, a jazz fusion band that has won an astounding 11 Grammys. Meanwhile, his solo work has earned four Grammy nods.