Yes, you read that right: Bon Iver is in the Rock and Roll Hall of Fame. Not as an inductee, mind you – Justin Vernon’s Grammy-winning band will have to wait until 2032 before it’s eligible to be officially enshrined with legends ranging from ABBA to ZZ Top. But Eau Claire’s most well known musical export does make a couple of appearances in the Hall of Fame’s museum in Cleveland. Back in June, Eau Clairians Patrick and Meg Erickson were visiting the museum when they were surprised to spot a couple of pieces of memorabilia from back home in a display about music from the Midwest. The first was an appropriately woodsy poster touting Bon Iver’s December 2008 gig at Eau Claire’s State Theatre (squint and you’ll even see the logo of a certain biweekly mag in the corner). The other is a rare copy of the album A Decade With Duke, a 2010 collaboration between Vernon and Eau Claire Memorial High School’s Jazz I ensemble (and an original issue For Emma, Forever Ago). The Chippewa Valley also makes a couple of other cameos at the temple of rock ’n’ roll: Bon Iver’s Eau Claire roots are mentioned on a poster describing the Midwest exhibit (that’s Meg Erickson helpfully pointing it out above), while our own Rock Fest is name checked on a poster listing festivals nationwide. 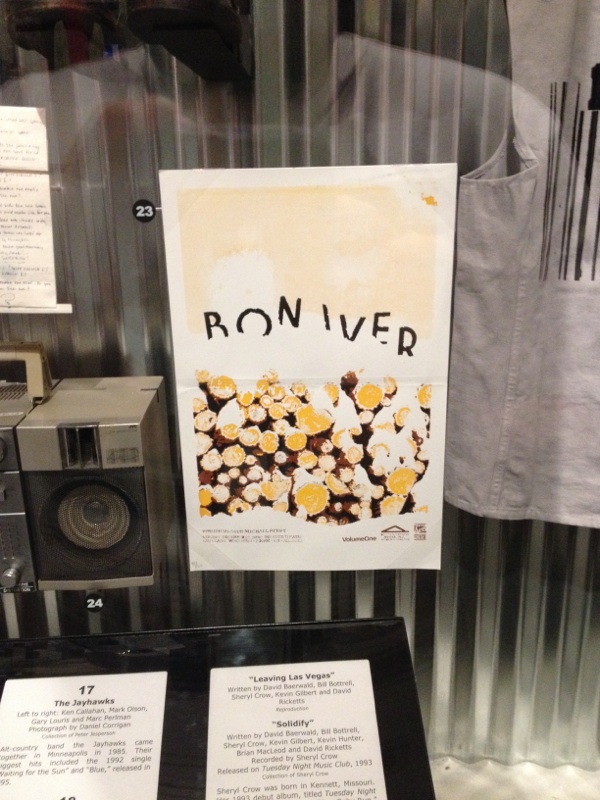