Behold, the power of the TurboTap, born in the mind of some Sconnie dude.

Sure, Wisconsin is home to the Green Bay Packers, cheese and brats, and a plethora of interesting historical locations. But have you ever wondered what Wisconsin-made items have changed the world around us? I did some digging and here are some of my favorite Wisconsin inventions ... 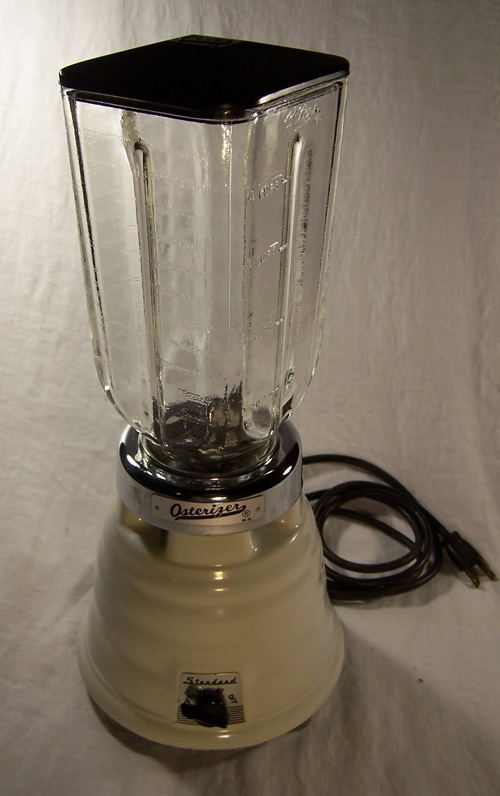 In 1922, Stephen Poplawski, owner of the Stevens Electric Company, put two and two together when he created his liquefying invention, the blender. He used a newly invented fractional horsepower motor (the same style of motor used in current appliances) and slapped a cup with spinning blades onto it. He began selling his invention to drug store soda fountains to help them make malted milk shakes (another Wisconsin invention). It wasn’t long before soda jerks figured out what would happen when fruit was added to the vortex of liquefaction. It gained popularity and in 1937 Wisconsin engineer Frederick Osius improved on the Poplawski blender, allowing it to mix and blend more than just milkshakes. He named it the Miracle Mixer, which was changed a year later to the Waring Blendor (after his financial backer Fred Waring). The Waring blender to this day is still the most popular and recognizable brand for America’s blending needs.

During the Great Depression, President Roosevelt needed a solution to the poverty that was crippling the nation. He turned to the University of Wisconsin-Madison for the answer. Professor Edwin Witte, as a champion of the “Wisconsin Idea” (universities should work for the benefit of the people), was placed at the head of this project. Witte and others created the basis for the Social Security Act which passed in 1935. This had a significant impact on the economy.   In the first three years, it gave more than 25 million workers unemployment pay. It also gave 1.7 million Americans monthly allowances if they were old enough to qualify. Social Security became an “economic cushion,” as some historians call it, for many Americans and provided much needed purchasing power to help boost the economy once again. While some people may say the system needs an overhaul, or to be removed all together, it’s pretty splendid a fellow Wisconsinite is to thank for what it did.

The introduction of silage into the diets of cows came in the nineteenth century. Since then, the way to store the various grasses and grains so they could ferment has been every changing. Originally, pits were dug in the ground and lined with straw. This was inefficient however, so farmers began constructing rectangular silos. These had issues however due to pressure from the silage, as well as rot and air pockets in the corners. The solution came around 1910 from University of Wisconsin agricultural physics professor W.H. King, who designed the first round silo. The walls were made to withstand the pressure of the silage, and as long as it was over 24 feet tall, there would be no worries of air pockets due to the compression. The cobalt blue silos you see dotting the dairy farm landscapes of Wisconsin are the ancestors of King’s revolutionary invention.

While the first bone marrow transplant did not occur in Wisconsin, the method for determining whether or not two patients are compatible was developed here. Dr. Fritz Bach of the University of Wisconsin-Madison (seeing a trend yet?) developed the technique of testing cells in a test tube, to avoid dangerous procedures ending in bone or cell rejection by the body. His technique takes cells from the donor (most often a close family member) as well as cells from the patient. By mixing them outside of the body, in a test tube, he was able to see how the cells reacted, just as they would inside the body. His technique was first used in 1968 to save a 5-month-old boy with a bone marrow defect, and again to save a 2-year-old boy suffering from constant bleeding and infections. These two boys were the first people to receive a successful bone marrow transplant surgery.

Like many food origins, the ice cream sundae isn’t without its share of controversy. There are three popular origin stories; one from Evanston, Illinois, one from Ithaca, New York, and the last from Two Rivers, Wisconsin. The Two Rivers story is said to take place in 1881, earlier than either of the other two, so there is a good chance it’s the first right? The story goes that soda fountain owner Ed Berners had a customer request a dish of ice cream topped with the syrup they used for sodas. Berner served the customer, and liking it himself, added it to his menu and charged a respectable nickel for the dish. As word spread, Charles Giffey, owner of a competing soda fountain in Manitowoc felt he should also serve this new dish. However, he felt a nickel was too cheap, and decided to only serve it on Sundays. It became known as the Ice Cream Sunday, and after even more success, he changed it to the Ice Cream Sundae and served it every day. 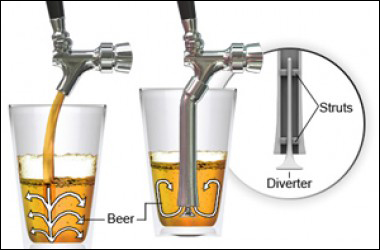 Does it really come as a surprise to anyone that one of the most revolutionary inventions in pouring a cold beer came out of Wisconsin? Because it did. In 1995, University of Wisconsin-Madison engineering student Matt Younkle was waiting in line for a beer. The slow moving line was taking what seemed like forever, but this gave Younkle time to have an epiphany. What came out of it was the TurboTap draft beer tap, released in 2004. (World changing, I say!) This tap device slips over the end of a standard U.S. beer faucet, and through the powers of laminar flow (which in basic terms makes, um, fluid move faster), allows a tap to fill a pint in under 4 seconds. It also minimizes waste and spillage and even makes a consistently perfect foam at the top. So next time you are at the big game and you only have to wait in line for a few minutes as opposed to half the game, give thanks to the TurboTap.