Local kubb pro to hold 36-hour “kubbathon” for the Confluence 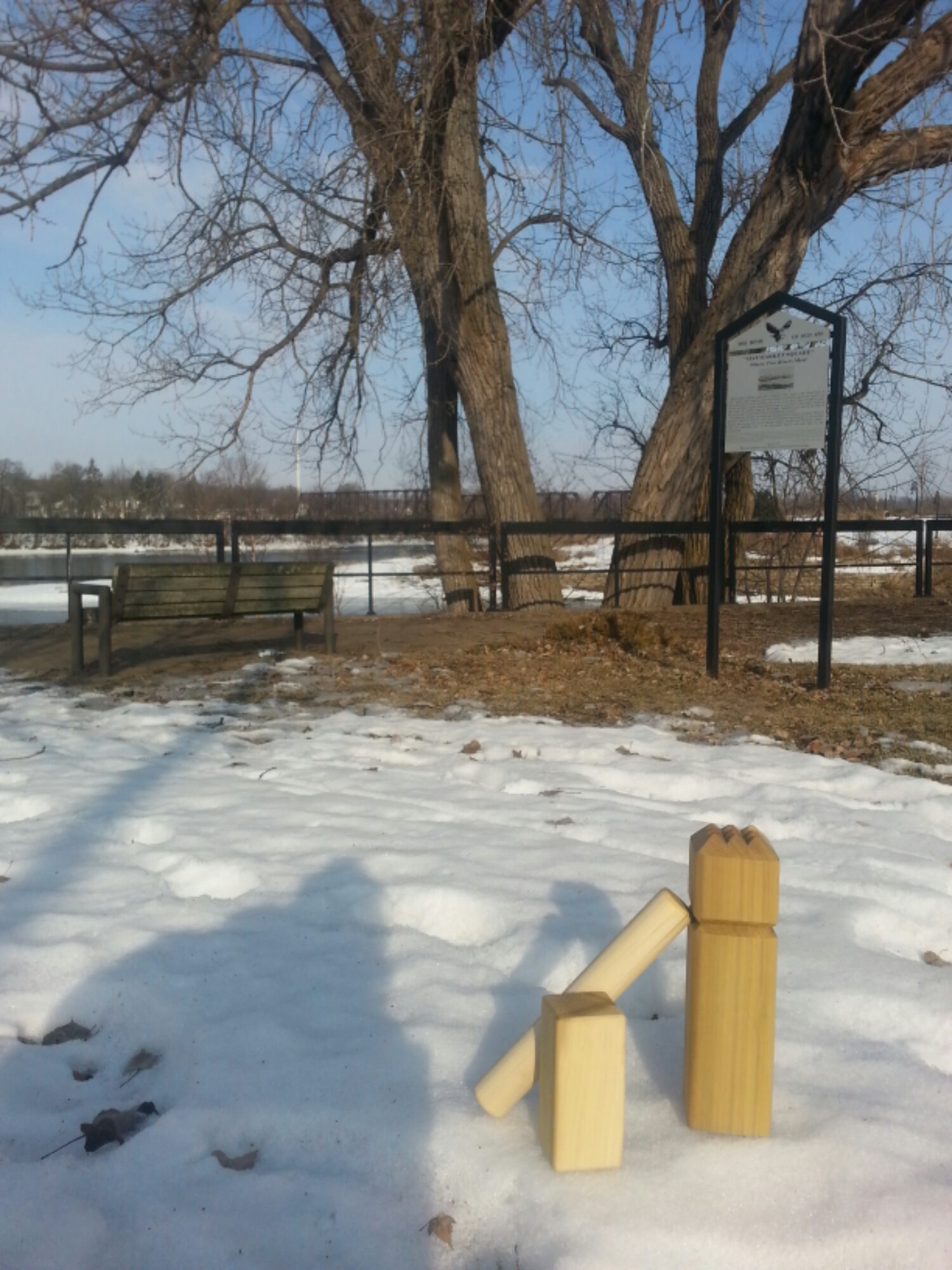 Anyone who knows local man Aaron Ellringer knows that he is serious about kubb. As a 2010 US National Kubb Tournament Champion, he has won multiple trophies in the sport and has even designed his own brand of kubb sets. This summer, Aaron, along with some other locals, will be attending the World Kubb  Championship in Gotland, Sweden, where the game originated. This ragtag group of Midwesterners will be competing as the only American team in the tournament.

In an effort to truly exercise his kubb-durance, Ellringer came up with a brilliant, if quirky idea: "an ongoing public kubb game that allows people to come and go, learn and play, for days on end!" On March 25, Ellringer elaborated on the idea in  a blog post. This post was "a declaration of a two day kubb project and a new challenge for the world's longest consecutive kubb friendly."

Ellringer has already begun preparing for this record-setting event. "My wife sacrificed some work time to make sure she could be with the kids," he said. "I'll make sure I have plenty of coffee and schedule some folks in to give me a break."

But this kubb fanatic didn't just set the marathon up for the purpose of personal preparation. As an Eau Claire native, Ellringer feels very strongly about the confluence and its future. Through 36 hours of straight up kubbin', he hopes to raise awareness of not just the sport, but of the election on April 1, the Confluence Project and the confluence itself.

"I'm guessing I'll see more than a hundred people pass through," said Ellringer. "But folks are already hearing about it around the world."

The Kubbathon will take place near the Haymarket at the confluence between the morning of Monday, March 31 to the night of Tuesday, April 1. Follow the progress on Twitter: #kubbathon.

Coincidentally, the V1 Gallery will be hosting the world premiere of  Game of Throws: Two Teams Aim for the U.S. National Kubb Championship,  a new kubb-umentary, for free this Saturday, March 29, at 3pm: the perfect opportunity to amp yourself up for the Kubbathon.

"No fooling, I'm going to play a lot of kubb," said Ellringer.