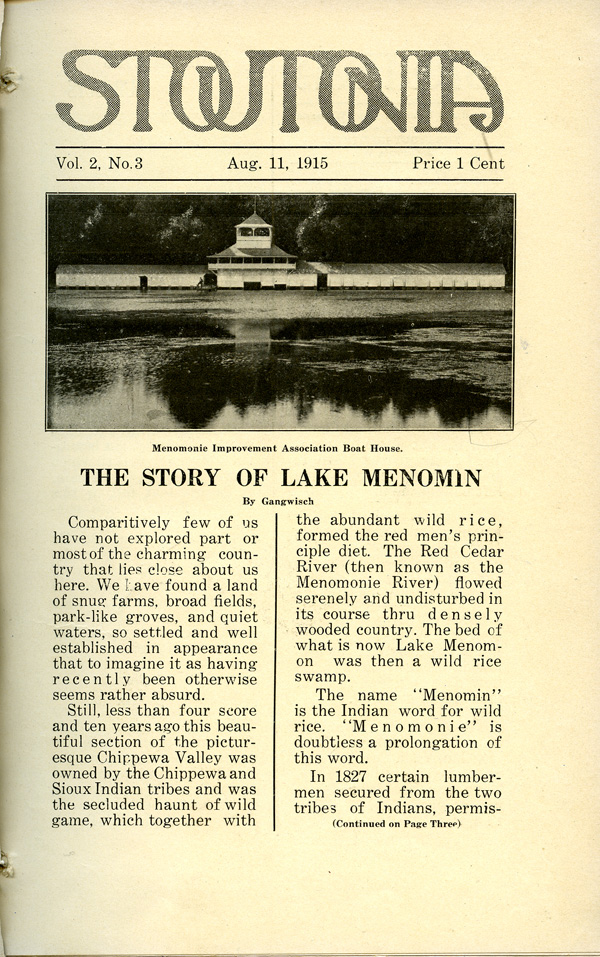 March 17 marks the beginning of Stoutonia's 100th year in publication. UW-Stout's student-run news source began as a classroom project in 1915, back when the school was called the Stout Institute, and it quickly grew into a public platform for students to report local news and voice their opinions. To celebrate this momentous occasion, Stoutonia's personnel have put together a historical centennial issue as well as a bodacious birthday bash.

Stoutonia is one of the longest running student organizations in UW-Stout's history. It not only gives the campus access to a news source with a student voice, but it is also provides the best kept record of the school's history. Since the beginning, the paper has grown from a small four-page format called Weekly News to a much larger 24-page one with a complimentary website. The centennial issue, which can be found around campus and at various Menomonie businesses starting on March 4th, features loads of archived content, as well as some appropriately historical stories.

But that's not all … A much larger selection from the Stoutonia archives will be on display at the UW-Stout Memorial Student Center at 8pm on Thursday, March 6 during Stoutonia Pa100za, the publication's official birthday bash. The paper teamed up with a few other student organizations to offer prizes, food and, last but certainly not least, a performance by Farewell Continental, the side project of Motion City Soundtrack frontman Justin Pierre.

In lieu of a new century in publication, Stoutonia also plans to unveil a brand spankin' new website and print design in a smaller, sleeker format on March 25.