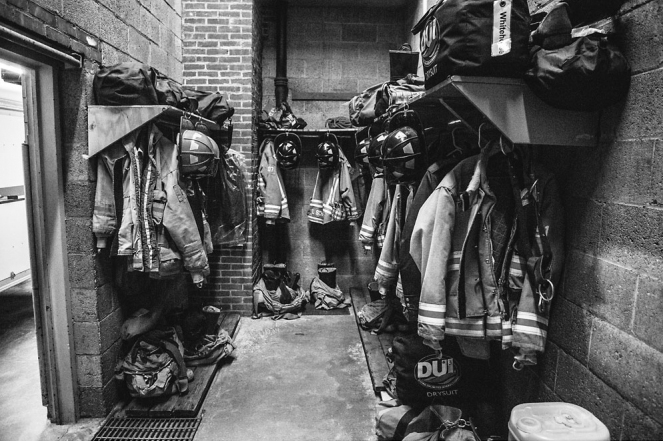 All photos by Travis Dewitz. See more at dewitzphotography.com

Built in 1949, Eau Claire’s Fire Station 10 has seen a lot of action. Travis Dewitz, a local photographer, still remembers the “safety green” fire engines bumbling down the road in his youth. In 1999, the city switched from the green color to standard red and a small part of history was lost. Now, the heavily trafficked fire station is nearing the end of its life span, and may be closed in a few years. “Knowing this station may not have much time left as it is today, I asked for permission to do a photographic study of the station,” Dewitz stated about the photo set featured on his website.

The photo set offers a window into the past. Dewitz felt using black and white photography helped contribute to the traditional feel the building holds. The photos portray the fire station as what it is: a home. Dewitz went through photographing each room carefully, creating different memories along the way. “I didn’t shoot black and white to give it an old feel, I shot black and white to make it more powerful and more traditional,” Dewitz remarked. All the photos taken were used with the natural lighting of the building. “I was almost tempted to shoot the photos in color because of the fluorescent lighting casted amazing light throughout the building,” Dewitz said later on.

Dewitz has many projects that he is currently working on, but he understands the value of history explaining that he wants to “preserve and maintain history.” Dewitz’s other projects include portraits of Hmong heritage from around the area as well as phenomenal photos of hard working Wisconsin farmers and the beautiful landscape that accompanies them. 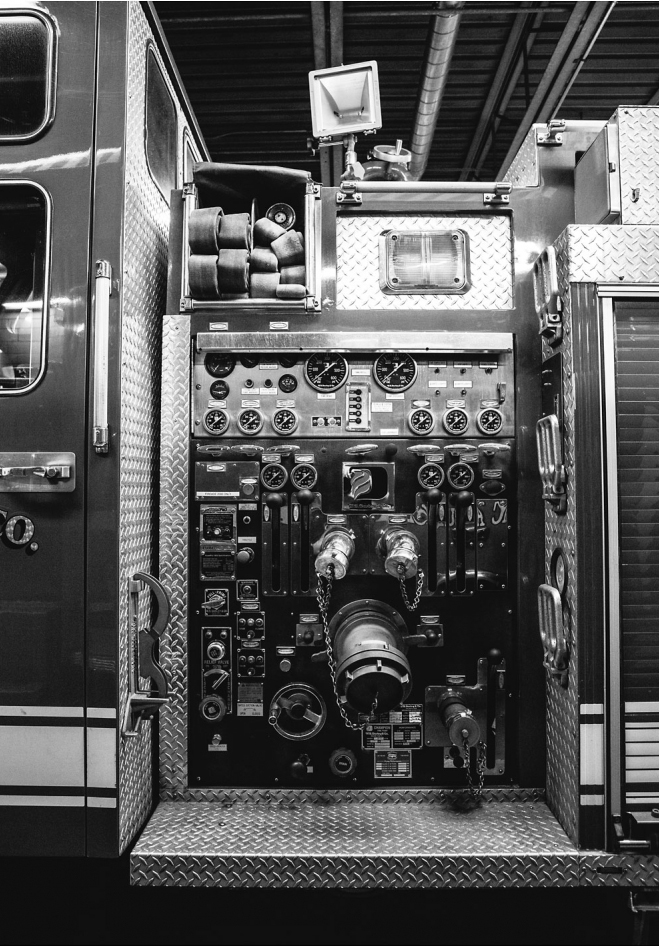