Savannah Smith at the Back Stage Concert Series last November.

Singer/songwriter Savannah Smith seems to be marching towards the designation “local sensation.” Currently residing in the Minneapolis area, Smith still has a soft spot for home – poetically titling her EP Leaving Eau Claire, which was released on iTunes January 3 of this year. One of the songs on the EP, “Lost as They Come,” was featured in the monthly YouTube series Show Me Shows last November. 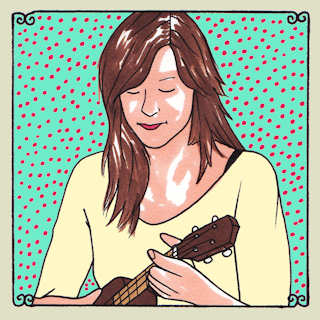 Recently Smith sat down for an interview/private session for music site Daytrotter. She masterfully paints her own story through her lyrical melodies and phenomenal ukulele prowess. As Sean Moeller of Daytrotter puts it, “Savannah Smith has this way of reminding you about places that you've never been before." So check that out.

Having just released her EP earlier this year Savannah Smith still has a long road ahead of her, but with her unique blend of indie folk and her growing popularity it doesn’t look like she has any intention of slowing down. Check out more of Smith’s work at Soundcloud.com/savannahsmith.