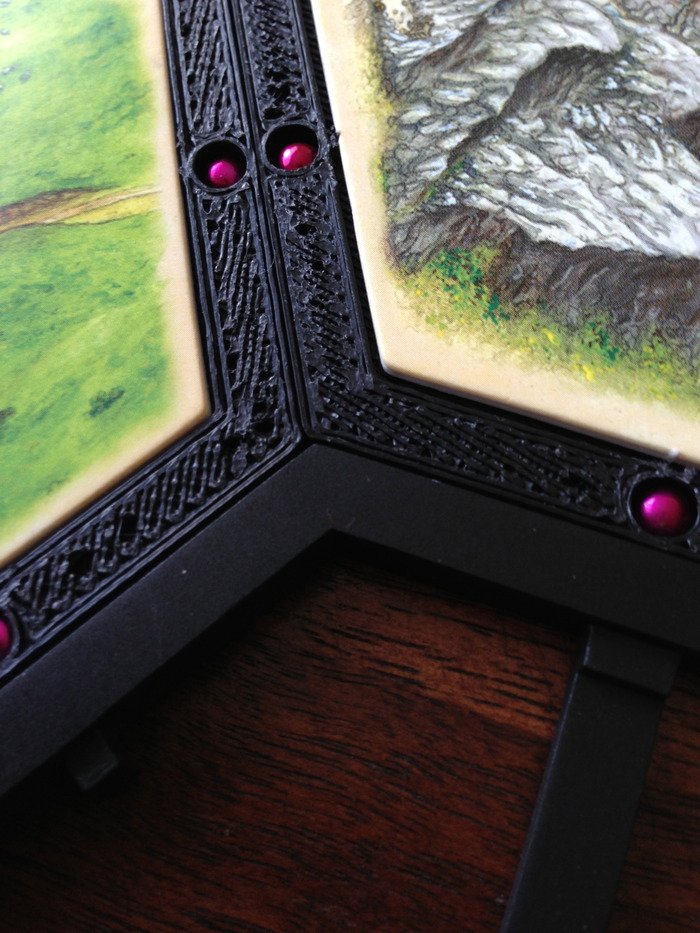 The board game The Settlers of Catan is known and loved by many, but there’s a catch, one that’s been grinding the gears of gamers for some time now. For those not familiar with The Settlers of Catan, it is akin to the popular board game Risk. The Settlers of Catan, however, is based on trade rather than conquest. Players game build settlements and trade or acquire resources. Although widely enjoyed, like all games it has flaws. The individual hexes (hexagonal tiles) that make up the board tend to scatter and clutter since there is nothing to hold them together – creating disorder and confusion. Enter Tim Walsh, a UW-Eau Claire graduate who solved this dilemma by creating the Hexel. Each plastic Hexel holds a piece of the board, and has magnets on all sides to keep pieces where they should stay. Walsh is hoping to make his new innovation a widespread part of the game and has launched a fundraising effort on Kickstarter, seeking $50,000 for manufacturing. As of Jan. 11, Walsh had already secured $82,204, and that number was rising, thanks partly to an endorsement from the makers of The Settlers of Catan. The Kickstarter campaign ends on Jan. 21.