The Liams, the Landons, the Emmas, and the Aubreys 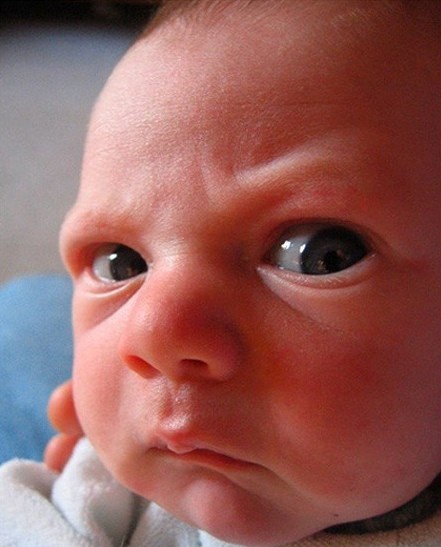 What did you just call me?

Back when I was a wee lad, it seemed that every boy was named Mark or Josh and every girl was named Jennifer or Sarah. Save for the occasional misfit who spelled his or her name Marc or Sara, things in Nameville, U.S.A., were pretty bland.

Nowadays, however, anyone acquainted with baby names knows that – to paraphrase a 1960s troubadour, who, were he born in the 21st century, would likely be known as Dylan Dylan – the times, they have a-changed. Or have they?

Other than snooping around maternity wards, the easiest way to get a handle on the baby name of 2012 – or, to put it another way, the kids in the high school class of 2030 – is to peruse the lists of most-popular monikers issued at the end of each year by helpful hospital PR departments.

Let’s take boys’ names first. According to Mayo Clinic Health System in Eau Claire (i.e., the hospital formerly known as Luther), Liam was the top name for boys in 2012; over at Sacred Heart Hospital, Liam ranked No. 3. Perhaps we can credit the agelessly studly Liam Neeson for this popularity.

Beyond Liam, the last-names-as-first-names trend of recent years remained popular among parents of newborn boys. Take, for example, Carter, Grayson, Jackson, Parker and Easton (at Mayo in Eau Claire), or Grayson, Landon and Maddox (at Mayo in Menomonie). Landon and Easton also hit the Top 5 at Sacred Heart and St. Joseph’s Hospital in Chippewa Falls, while Preston was popular at Sacred Heart and Mason ranked No. 1 at St. Joseph’s. (Considering that Chippewa Falls’ famous shoe-making family is still around, is it too much to hope that some child was christened Mason Mason in 2012?)

Amid all the trendiness – Caden? Brayden? Jaxon? Mayzxsson? (this last one is made up) – however, another pattern emerged: throwback names. We’re talking about the likes of Samuel, Henry and Joseph, all of which ranked near the top at Mayo in Eau Claire. Classic names like those wouldn’t look out of place on a birth certificate in any decade (or any century, for that matter).

Likewise, on the female side, 2012 brought numerous names that great-granny would approve of: Evelyn and Claire (at Mayo in Eau Claire), Isabella (Sacred Heart) and Isabelle (St. Joseph’s), as well as Emma, Grace and Lydia (St. Joseph’s).

Of course, this year’s crop of baby girls got many modern (or post-modern) monikers as well. At Mayo in Menomonie, Brook, Brooklyn and Riley were tied for No. 1, while Kylie was tops at Sacred Heart (where the religious yet edgy-sounding Trinity ranked – appropriately enough – third).

Perhaps most interestingly, however, was the top female name at Mayo in Eau Claire: Aubrey. Yes, “Aubrey” with a “b,” not “Audrey” with a “d.” I was puzzled by the popularity of this name, until I learned two things from Wikipedia: 1. Aubrey is the given name of the hip hop/R&B singer known as Drake; and 2. the name’s literal meaning is “King of the Elves.” I don’t know if those facts explain anything, but they’re pretty cool New Year’s Eve party conversation starters, right?

(For the full list of top names from Mayo Clinic Health Systems in Eau Claire and Menomonie, go here. For the lists from Sacred Heart and St. Joseph’s, go here. And if you’re interested in a broader perspective on popular baby names, check out the Top 100 list for 2012 compiled by the website BabyCenter.)