Justin Vernon to auction off locally made whiskey barrel guitar for Confluence Project got all that? 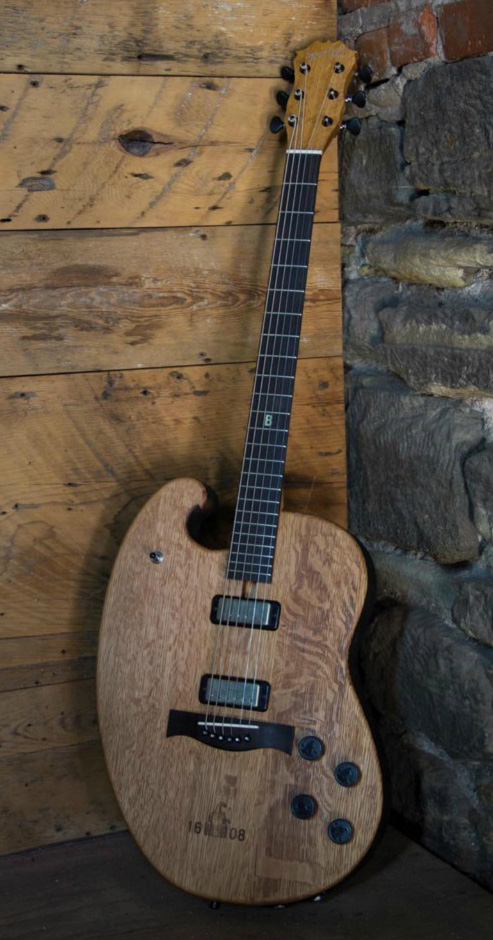 Well, this is interesting. And awesome. Justin Vernon worked with local Master Luthier* Gordy Bischoff to make a baritone guitar from white oak Bushmills Irish Whiskey barrels. The guitar, dubbed “The 1608” will be auctioned off on eBay and the proceeds will be donated to the Confluence Project. The project is a collaboration between Bon Iver, Bushmills Irish Whiskey, and Bischoff Guitars.

How did this all come together? As Gordy “Tellin’ It To Ya Straight” Bischoff puts it, "Justin Vernon of Bon Iver called me and asked, 'Hey Gordy, can a guitar be built from a whiskey barrel?' My answer was, yes. This is that guitar."

You can check out the full press release right here and the eBay auction over yonder. The auction runs from Monday, October 22 to Friday, November 2

*I didn’t Google “Master Luthier,” but I’ll just go ahead and assume it means “Master Awesome Guitar Maker” or something close to it.

Enjoy a related video, won't you?