Does your band need Kickstarter? 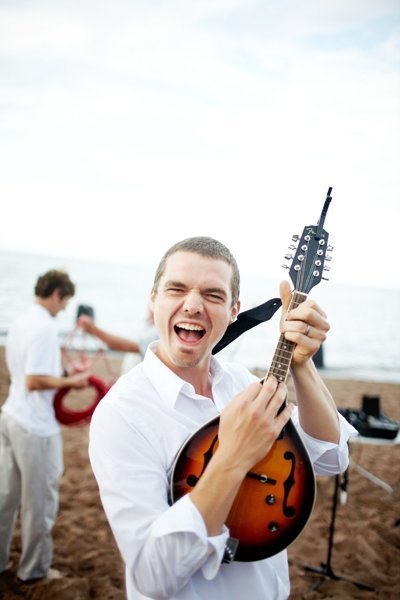 The Michael Rambo Project is currently running a Kickstarter campaign to fund the making of the group’s first professional-quality EP.

Using Kickstarter.com to fund an art project is as risky as it is beneficial, that should be said first. Kickstarter is an all-or-nothing funding platform that hosts donations for independently designed projects (from weird inventions to homemade video games to music to art to filmmaking).

Several local groups have utilized the service to get donations from friends, family and even complete strangers to help fund specific projects, with success and sometimes without. Most recently, The Michael Rambo Project is currently running one to fund the making of the group’s first professional-quality EP.

“We’ve really focused on community efforts and so we’re excited about Kickstarter,” MRP-er John Miller says in their Kickstarter video, “We see it as an extension of the things we’ve already been doing as a part of a community.”

That term, “community” is exactly what Kickstarter is about, but the definition blurs a little bit in doing so.

In my experience, Kickstarter has successfully helped my band Wisconsin Built fund the pressing of a 10” vinyl record. We saw lively support from mostly our friends and our families, but we also fielded some pretty hefty donations from people we didn’t even know that donated from as far away as British Columbia.

There are some good people with a bit of disposable income that surf Kickstarter looking for projects to support, people that want to see truly creative work come closer to the forefront in culture.

But it’s not just about donating. The cool thing about Kickstarter is that your donors aren’t supposed to just be inspired to give your project money out of the blue.  No, there’s got to be a reciprocal.  Which is why you decide that with each specified donation amount, the donor receives rewards for donating, be it in the form of a digital download, a pre-order of a record, a homecooked meal, a Christmas carol, a personalized postcard; it could be anything.

But it’s still a risk. With every project that is funded successfully, several aren’t.  For example, this really rad cassette label that used to be based in Eau Claire, Two Michael Jordans (MJ MJ) held a Kickstarter to raise money for a Vacation Dad full-length 12” record, after VD’s equipment was stolen in Albuquerque. Though the Kickstarter saw an outcry of support with a benefit tape with 31 tracks from many of the label’s artists and it raised almost $2,500, it didn’t reach the $7,000 goal, and therefore wasn’t funded. This is the risk you run. Maybe MJ MJ set the goal too high, maybe the time-limit was too short, but these are tricky factors to have to run.

So it’s a risky endeavor, certainly, one that could help your project in new, exciting, creative ways, but one that could also end up failing.  Either way, the fact that something like Kickstarter exists means people are interested in helping make independently crafted, super cool things happen in their community and in communities around the world, so that’s pretty inspiring in its own right.