Just when you thought Bon Iver’s Flaming Lips collaboration was the only local music nugget to look forward to on Record Store Day (this Saturday, April 21), The Ronald Raygun swoops in and drops news of a 7” single release. The awesomely named Eau Claire trio (comprised of Ben Hinz, Jaime Hansen, and Matt Haapala) just got the shipment of vinyl on Tuesday, with the A-side holding the song Driver and the B-side introducing a song called Brain by Hinz and his wife Louise, a project they call The New Apocalypse Bass Orchestra.

I can’t speak for the B-side, but Driver is a phenomenal track that came as a welcomed surprise upon first listen. It no doubt still carries the sonic nightmare stamp that Raygun is known for, but also highlights some catchy vocal melody. It’s a perfect entrypoint to the band for those of you n00bs out there.

Raygun has 200 physical copies of the record (on snazzy blue vinyl), which come with a download code and handmade posters. They will be available at Revival Records, The Local Store, Raygun’s Bandcamp site, and their live shows. They’ll likely go for between $7 and $10. 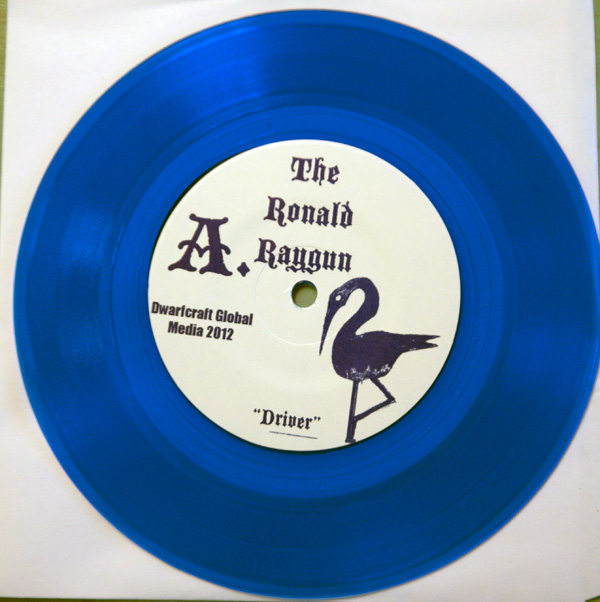