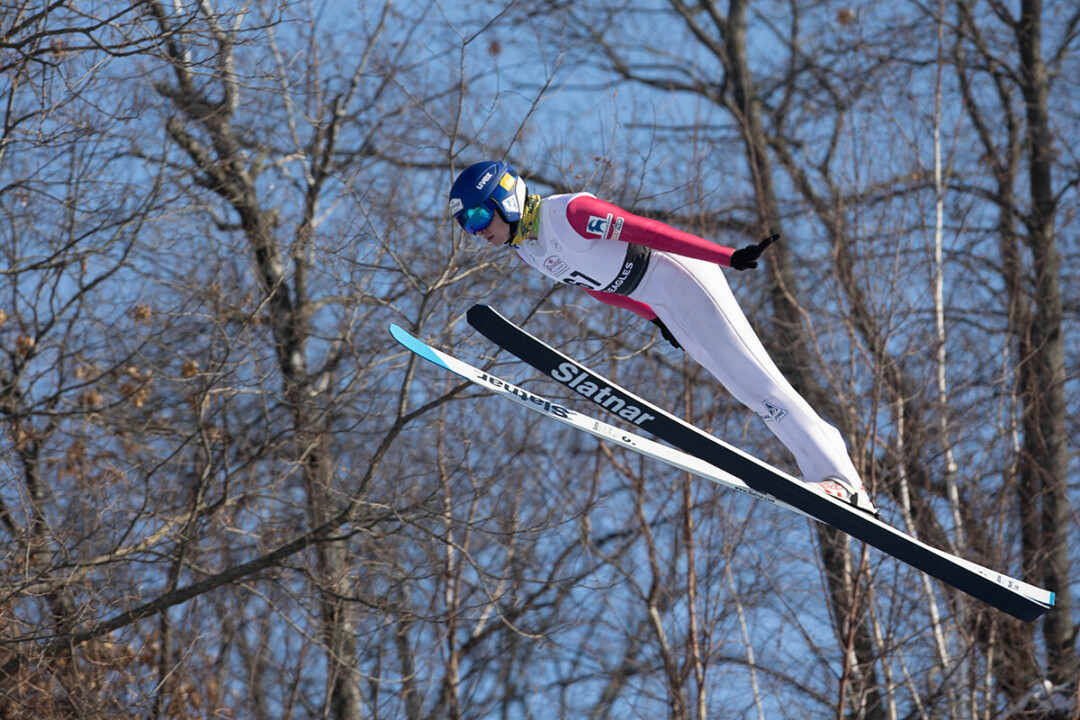 HOW IS THE AIR UP THERE? Cut: Logan Gundry, 20, of Fall Creek, was the only American male ski jumper to compete in the FISU World University Games in Lake Placid, N.Y., last week. (Submitted photo)

Logan Gundry has a unique, high-flying talent. The 20-year-old from Fall Creek High has been ski jumping since he was 8 and has been downhill skiing ever since.

Last week, Gundry took to the air once again, but as the only American male ski jumper to compete in the FISU World University Games in Lake Placid, New York. While he may not have finished as well as he would like in his events – he jumped for 63.5 and 64.5 meters, placing 22nd – just qualifying for the competition is impressive in its own right.

The 11-day international festival and competition is from Jan. 12-22 and is the largest winter multi-sport collegiate event in the world. Athletes are university students between the ages of 17 and 25. This year, 2,500 athletes and coaches from 50 countries took part in 86 medal events.

Gundry attended Chippewa Valley Technical College for Information Technology-Software Developer, and then transferred to Northern Michigan University, where he is studying computer science and mathematics.

No one in Gundry’s family was familiar with ski jumping when he came home from school one day to tell his parents all about it. He had spoken with a friend at the lunch table about it, and that’s where his love of the hill was born.

“The first time you jump you get some nerves,” he said. “My first day jumping, I crashed every single jump I took until my last jump. Once I got it, it was a blast.” 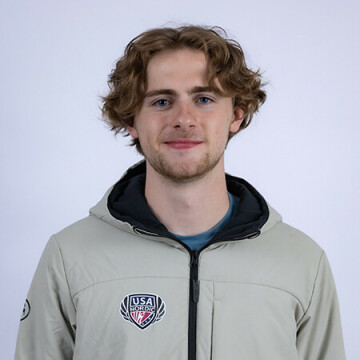 Throughout the last 12 years, Gundry has competed in numerous competitions, been a member of the Eau Claire Flying Eagles ski club (he took senior honors at the Flying Eagles tournament earlier this month with jumps of 52.5 and 53 meters) and has sustained injuries.

Although it’s one of the safest winter sports, says Gundry, last year he suffered a stress fracture in his lower back during a competition. It’s permanent, but he keeps the pain at bay with physical therapy. He’s also dealt with sprained ankles and a concussion, but he contends that he’s had more injuries than the average ski jumper.

That doesn’t quell his parents’ anxiety.

“My parents are both downhill skiers, but they don’t ski jump,” he said. “My mom still gets nervous when I jump.”

They’re also incredibly supportive of his endeavor. They know that over the years he has mastered ski jumping and his studies.

Jon Cooley, CVTC information technology software developer program instructor, had Gundry in several classes during Gundry’s time at the college. Cooley learned right away about Gundry’s ski jumping experience, and they worked together to make sure if Gundry had to miss class that he would stay caught up.

“It was pretty cool to find out about this side of Logan since I like to watch ski jumping during the Olympics,” Cooley said. “It really shows that there is much more to students than just the school side of things.”