Author Takes the Field With Second YA Sports Book 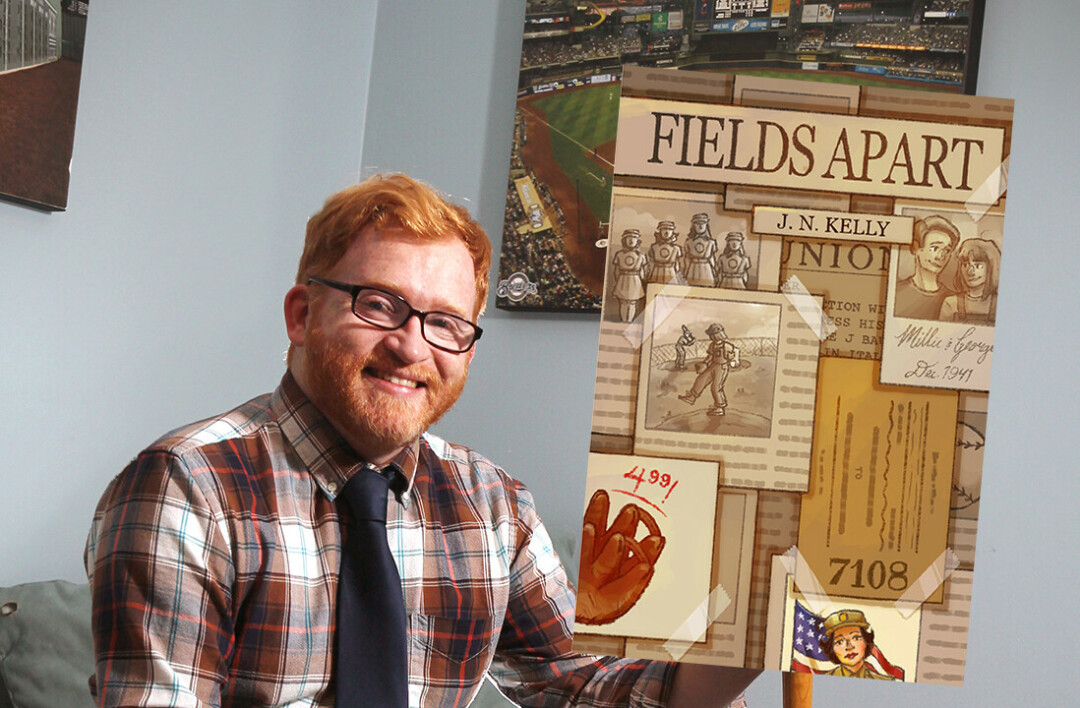 A SWING AND A HIT. Joe Niese – writing as J.N. Kelly – has just had his second young adult sports book published, Fields Apart.

Up to bat for his second fictional youth tale comes Chippewa Valley author Joe Niese. Under the pen name “J.N. Kelly” – which he uses only for his fictional writing – his newest book, Fields Apart, holds scripts of compassion, humor, and heartbreak within its bindings.

Following the journey of Millie Bauer, you’ll find yourself navigating through the same challenges she faces, from her last day of eighth grade to the talent she learns to use on the field as she triumphs through the love of baseball in the 1940s Midwest.

The creation of Fields Apart has been a long and winding journey. With every story comes some kind of inspiration that builds the foundation. In this case, Niese explained, “When I was a kid, I never really got around to watching the popular sports films like, Sandlot, Space Jam, or A League of Their Own. When my wife and I were dating, I went through a majority of them and that sparked some major interest in sports writing.” With that said, it’s vital to know the background of this particular story.

(writing the book) started and stopped multiple times, but it came down to building confidence in the storyline; asking myself, ‘Is this something that young adults will really want to read?’

“The project started in 2006,” he said. “It started and stopped multiple times, but it came down to building confidence in the storyline; asking myself, ‘Is this something that young adults will really want to read?’ ” This confidence-building is an important feature, considering Fields Apart is the longest work of fiction Niese has authored. However, he added, through positive reinforcement and feedback, the final product was work well worth it.

In the midst of this novel is young Millie finding a love for baseball. This, set against the background of the World War II era, highlights the popularity of baseball throughout the Midwest regardless of age or gender. Additionally, though it’s a fictional story, there are elements that resemble our nonfiction world. The setting of Fields Apart resembles our very own Eau Claire in many ways, and the story includes the real-life All-American Girls Professional Baseball League (subject of the film and TV show A League of Their Own.)

From Fields Apart to last year’s Gridiron Grit, as well as four nonfiction sports books, Niese has a plethora of writings to his name. So the big question of course was, “What’s next?” In response, Niese said, “I have several ideas for the Young Adult to Tween age group. And I would also love to jump back into another sports biography.” Alongside, however, comes the life of a busy dad and librarian(in professional life, he’s director of the Chippewa Falls Public Library), so only time will tell.

Learn more about Fields Apart, published by Rowe Publishing, at joeniese.com. Also check out the cover art, which was created by frequent Volume One contributor Eva Paulus!