Perry’s Latest a Blizzard of Heartbreak 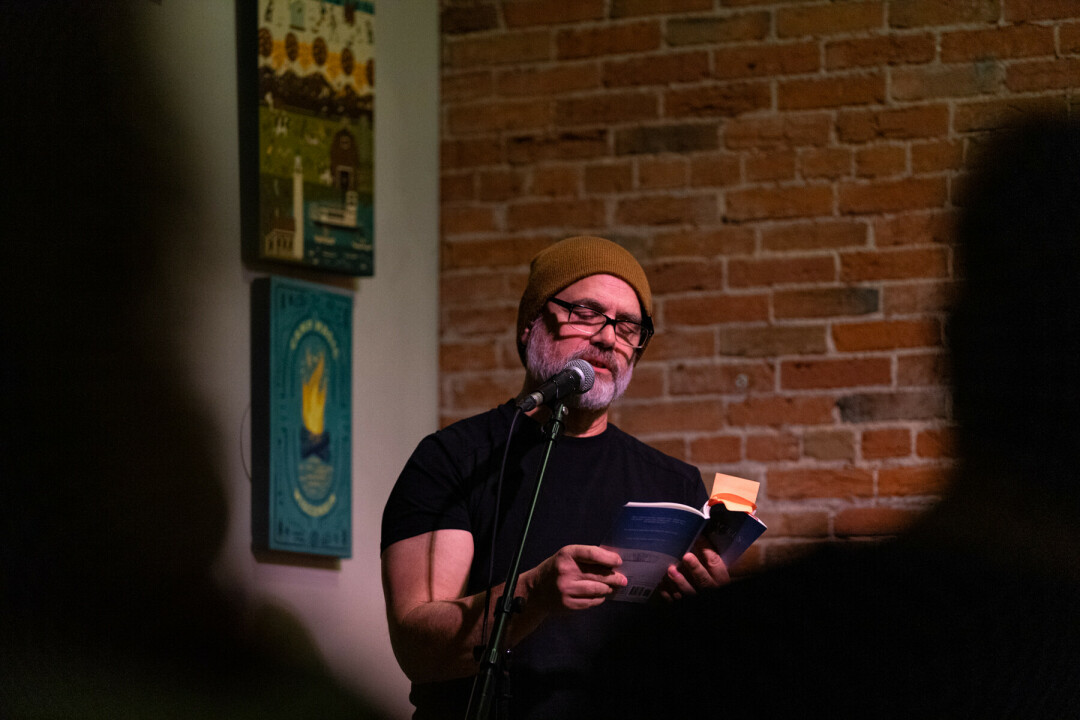 DEEP SUBJECT. Author Michael Perry read from his novella, Forty Acres Deep, on Jan. 19 at The Volume One Gallery.

As I sit down across from Michael Perry to talk about his new novella, Forty Acres Deep, I slide a slip of paper across his desk. “I wrote down a few words here that came to mind when I finished the book,” I say.

Then he tells me of a previous interviewer who, before the official Q&A began, felt compelled to check on Perry’s mental state: “Are you doing all right?”

I then show Perry the first question in my notebook: “Doing OK?”

His laughter and reassurance show that this is, indeed, work of fiction. However, the story’s uncharacteristically dark tone justifies the check-ins.

While many of Perry’s previous works (Population 485, Truck, Coop, Visiting Tom, etc.) have heartbreaking moments, this novella explores a fully-shattered heart. It’s as if one of Perry’s other books had a bad dream, and Forty Acres Deep is the result.

The main character, Harold, carries unimaginable grief: the death of his daughter and the death of his wife. In addition to the anguish and regret, he faces a Wisconsin blizzard that threatens to collapse the roofs of his pole barns – and what’s left of his livelihood.

Forty Acres Deep draws on Perry’s experiences trying to save his pole barns from relentless snowfalls. The book has other, less tangible influences, from the isolation of COVID to his own reflections on marriage to the music of S. Carey, Kathleen Edwards, and Sturgill Simpson. Add his observations of grievers, desperate farmers, and a fraying country, and Perry had plenty of fuel to complete the novella – which clocks in at just 119 pages. 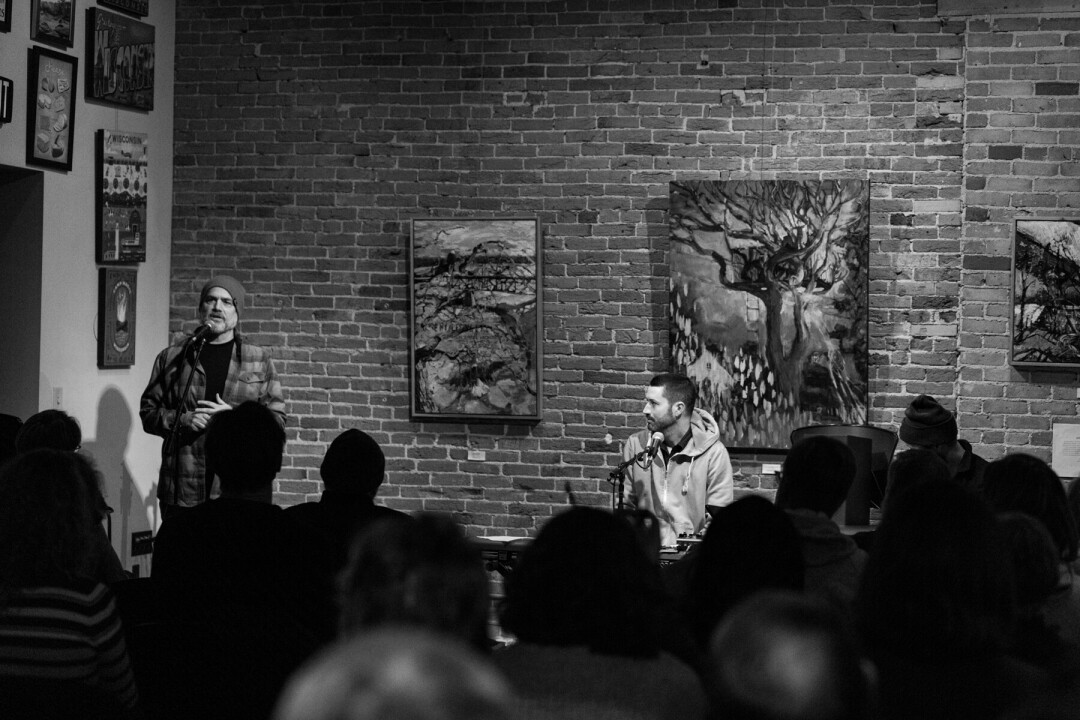 It’s a dark night of the soul kind of story, but with a purpose. Prior to publication, Perry sent it to mental health professionals and a farmer to make sure the book landed as intended.

“I didn’t want to just be writing darkness,” Perry says. “I wanted there to be a reason for it. And (each advanced reader) said yeah it is a difficult story, but it does need to be told. Having heard from those folks, I decided to go ahead.”

While his agent thought highly of the writing, she didn’t see large-scale sales potential in the novella format. Perry was passionate enough about the project, though, to publish it on his own.

While this novella may sound like a departure, fans will recognize much of Perry in Harold. The main character is a farmer with some firefighting background. And like Perry, Harold often pits manual labor against his philosophical tangents. He also has a nostalgia streak that he must balance with the ever-changing times. All of this – plus the book’s beautiful descriptions and occasional humor – will put readers on familiar Michael Perry terrain.

Likewise, readers should see themselves in Forty Acres Deep, as its themes run far beyond farmers. “If you want, there’s a million metaphors for this book,” Perry says. “And you don’t have to be a farmer to know what isolation does to you. I’ve got a lovely family, and I’ve got so many things to be grateful for…but I isolate all the time. Mostly out of choice. But sometimes you pick your head up, and you realize that this isn’t maybe the healthiest.”

“I didn’t want to just be writing darkness. I wanted there to be a reason for it.

As is often the case, writing fiction can be a different road for truth-telling. And self-publishing allows for freedom. It’s how Perry got his start, and as needed, he easily shifts back into that gear. While he has two more books forthcoming with his publishers, this one feels homemade. No outside interference. Just a direct pipeline between Perry and the reader.

“These interviews are even hard for me because I have a hard time taking myself seriously for more than three sentences,” he says. “But I really did put my heart and soul into this thing, and I really did reflect deeply on myself and others. And so I don’t know if it’ll sell a hundred copies or more. But it’s one of the rare times where I felt like I really had something I had to get on the page so I could move on.”

“I don’t want to come off as I’m doing something just to be provocative because that’s silly,” Perry adds. “There’s plenty of provocation in the world without me doing something needless. But ultimately, it just was in my thoughts so much that I thought, ‘I gotta write it.’”

Whether it’s the size and shape of the book, the cover art, or the starkness, this one feels different than the rest of his output.

“And if you don’t like it, I’ve got two more coming down the pipe,” he says with a laugh and a shrug. Those bigger releases may garner more attention, but this novella gets back to his roots in a way that’s different than the bigger books.

“I don’t think I’ve written stuff this raw since probably Population 485,” he says, then grins. “And before that, bad poetry at the (UW-Eau Claire) NOTA readings.”

He’s older now and wiser, with a written record of his journey running forty acres deep.