Chippewa Valley Rally Will be a Capitol Time 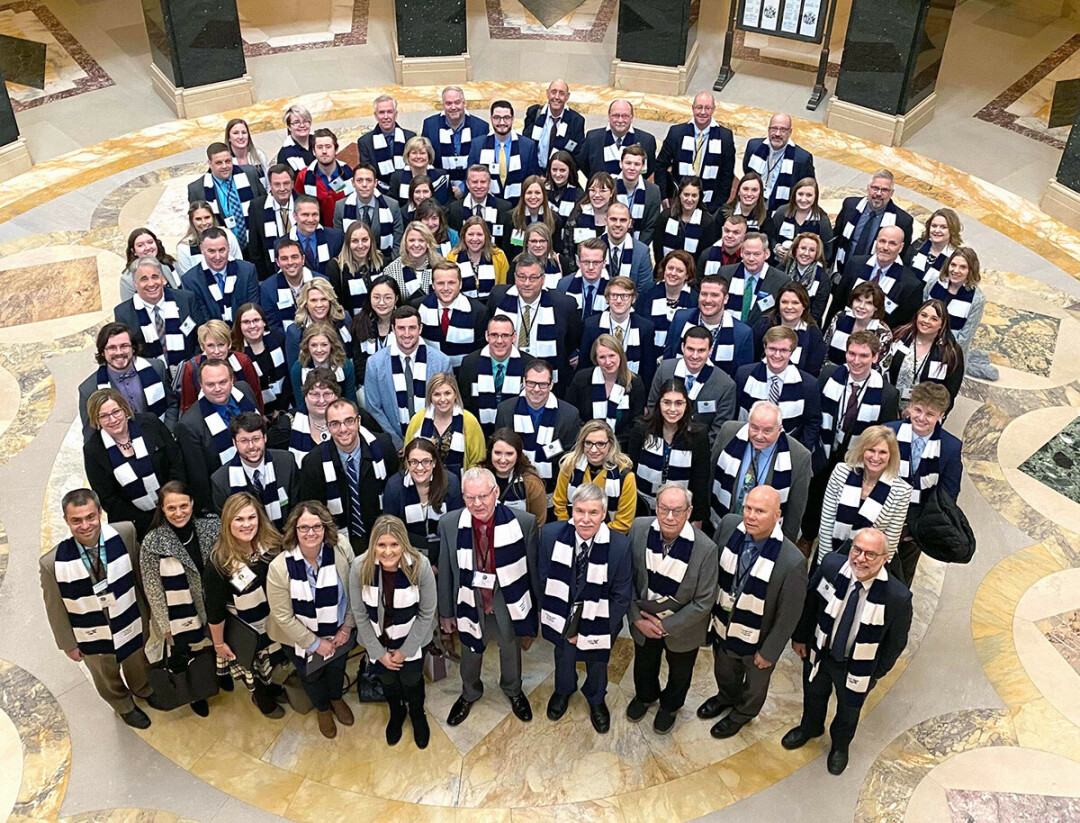 OH MY SCARVES. Participants in the 2020 Chippewa Valley Rally – easily identified by their matching scarves – posed in the Capitol rotunda in Madison. (Submitted photos)

One-hundred scarf-clad advocates of the Chippewa Valley will descend on the state Capitol in Madison on Feb. 22 in a citizen lobbying effort that will bring regional topics to the attention of as many policymakers as possible.

The occasion will be the 29th annual Chippewa Valley Rally, which brings businesspeople, local officials, and regular citizens from the Valley to Madison. There, teams of three to four Chippewa Vallians will meet with as many of the 132 members of the state Legislature as possible. They will also hear from state Department of Transportation Secretary Craig Thompson and other political insiders about what’s going on under the Capitol dome.

(lawmakers) know that these are regular citizens there to talk to them, rather than professional lobbyists.

“This is the annual opportunity for business and community leaders to go to Madison to talk about economic issues that are important to our part of state,” said Scott Rogers, vice president of government affairs for the Eau Claire Area Chamber of Commerce. Because of the distribution of population in Wisconsin, most residents – and therefore the lawmakers who represent them – are from the southern part of the state, and therefore might not be familiar with the big policy issues that impact our neck of the woods, Rogers said.

The Chippewa Valley Rally is organized by the Chippewa Valley Chamber Alliance, which is formed by the chambers of commerce of Eau Claire, Chippewa Falls, and Menomonie. Each year, leaders from these communities develop a consensus of the issues they want to bring up with lawmakers. This year, one of the key goals will be advocating that the Legislature OK funding in the state budget for two local priorities: $138.9 million to renovate UW-Stout’s Heritage Hall and $231.2 million to build UW-Eau Claire’s proposed new Science & Health Sciences Building. 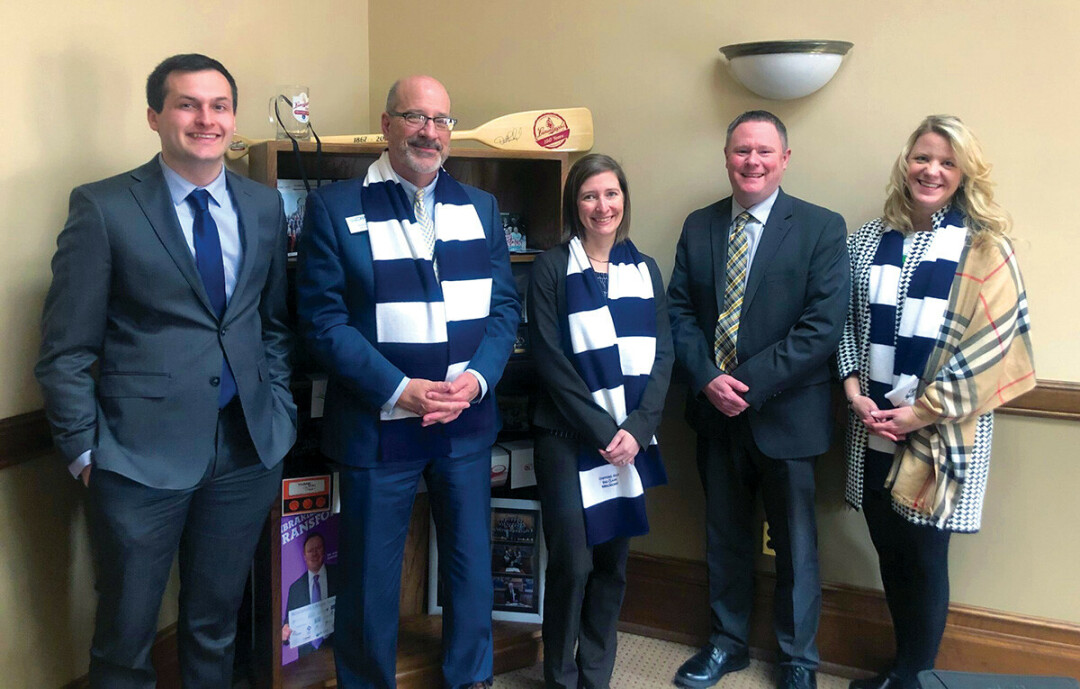 Some other issues that rally attendees will promotes are less concrete than new buildings but no less important. According to the Eau Claire chamber, these include housing supply and affordability, child care availability, infrastructure investments (including broadband),  and passenger rail expansion.

This year’s Chippewa Valley Rally will come at a particularly critical time, just a week after Gov. Tony Evers is scheduled to release his proposed 2023-25 state budget. Although Evers is a Democrat and Republicans hold a majority in both houses of the Legislature, Rogers is optimistic that bipartisan consensus can be found on some issues. He noted that the Chippewa Valley’s own legislators, regardless of party, are united in support of the science building funding.

Participation in the Chippewa Valley Rally – signing up is still possible through the first week of February – doesn’t require high-level understanding of the legislative process, Rogers adds, only an interest in public policy and community spirit. Each team that meets with lawmakers includes an experienced member, so there’s no need to be intimidated by lawmakers. It fact, the words of everyday folks carry particular weight with them anyway, Rogers said.

“They know that these are regular citizens there to talk to them, rather than professional lobbyists,” he said.