the Menomonie-based group centers around inclusivity, headed into its third production this spring 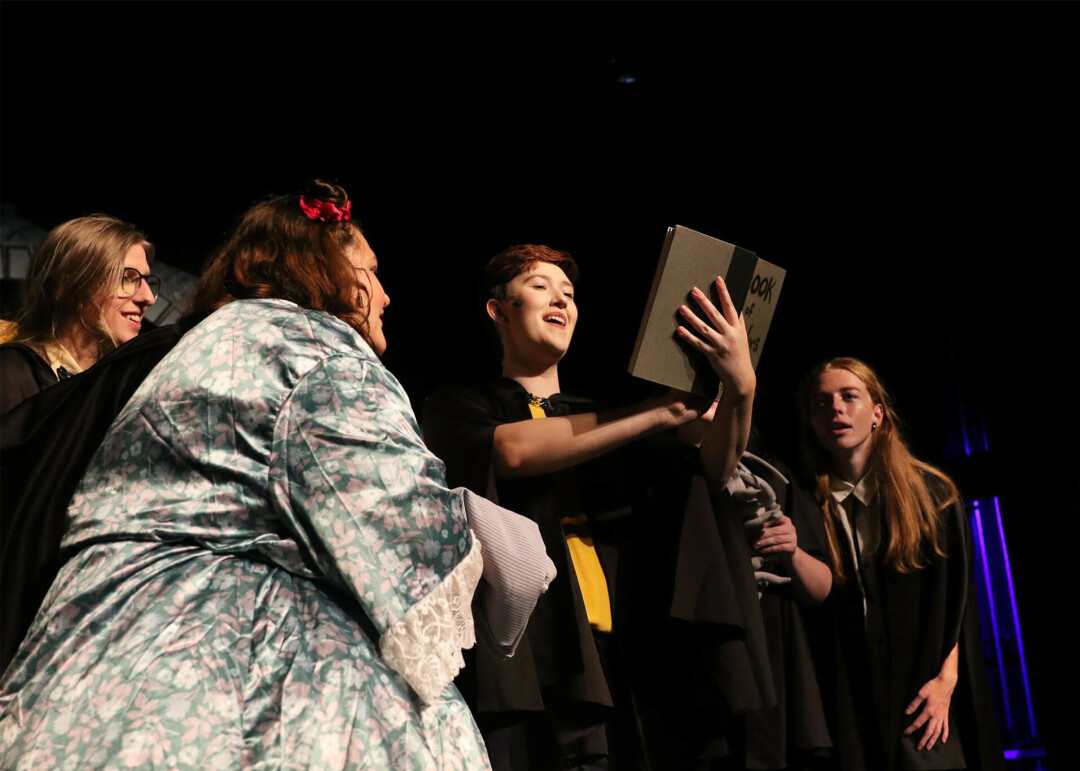 DON'T HATE THE PLAYER. Ghostlight Players are filling a need in the Menomonie theater community, and they are now heading into their third production with big plans for the future. (Photos via Facebook)

Courtney Ernste, a longtime Menomonie local and member of the Menomonie Theater Guild, created Ghostlight Players in October 2020 in the midst of and in response to the COVID-19 pandemic. Since then, the group has put on two productions of Puffs and is gearing up for Footloose, their first musical. More than that, Ghostlight Players are filling a community need.

Exploring the options licensing houses made available during the pandemic while striving to keep theater going, Ernste and the Ghostlight Players forged ahead to put on their production of Puffs, a parody response to J.K. Rowling’s Harry Potter.

“My cast and I decided it was safe enough to move to limited masked audiences in a small venue (for the first production),” Ernste recalled. “And it was a huge success.”

Fast forward to the summer of 2022, when a second production of Puffs made its run at the Mabel Tainter, with some members of the original cast also returning, and Ernste began looking to the future of the group.

MY GOAL WITH GHOSTLIGHT PLAYERS IS TO BE INCLUSIVE ... I WANT TO BE THAT SAFE SPACE AND LET THEM EXPLORE THEIR CREATIVITY.

“My goal with Ghostlight Players is to be inclusive. I want to embrace and celebrate every member of our productions for whomever they choose to be,” Ernste said. “I want to be that safe space and let them explore their creativity. I also want to make sure that everyone is represented in the stories that we tell.”

The impassioned purpose found after producing two runs of Puffs is certainly fitting, Puffs featuring 11 new, distinct characters in the same timeline as Harry Potter who finally get their chance to step out and shine. The production’s tagline, “A tale for anyone who has never been destined to save the world” is a nod to the HP story while spinning off into its own fast-paced, humorous one, in line with Ernest’s purpose for the group. 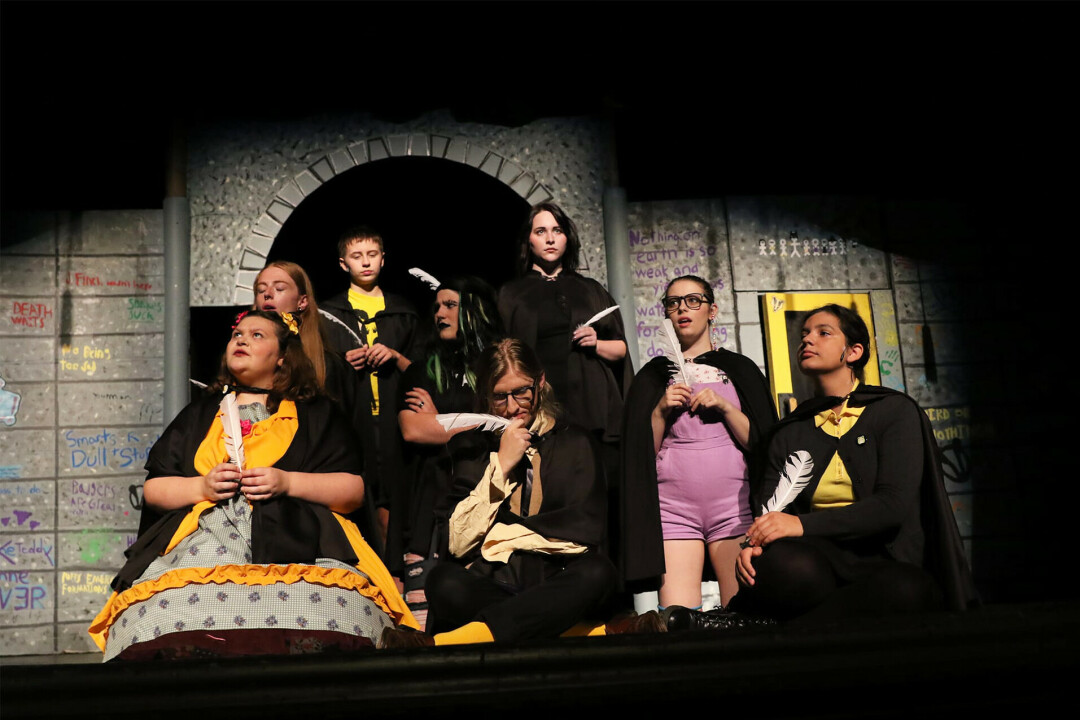 Looking ahead, Ghostlight Players will be holding auditions in April for their production of Footloose with shows slated for Aug. 18-20 at the Mabel Tainter. “We felt it seemed especially relevant to have not only a story about standing up for what you believe in but about a family in turmoil after a loss and the different ways they chose to cope with it,” Ernste explained.

The creative team of Ghostlight Players changes from show to show, with Ernste always the constant. The group is incredibly excited to charge into their latest adventure. Looking to the future, Ernste has even bigger plans.

With hopes to build an additional theater space in Menomonie for house shows that perhaps can’t be done in the town’s existing spaces, explore workshops, play with blending traditional theater and film and hopefully shift into a nonprofit organization, the Ghostlight Players are just getting started.

Keep up with the Ghostlight Players on Facebook and reach out with any inquiries at menomonie.ghostlight@gmail.com.