Happier Trails for You: How to Use – and Protect – Groomed Winter Trails 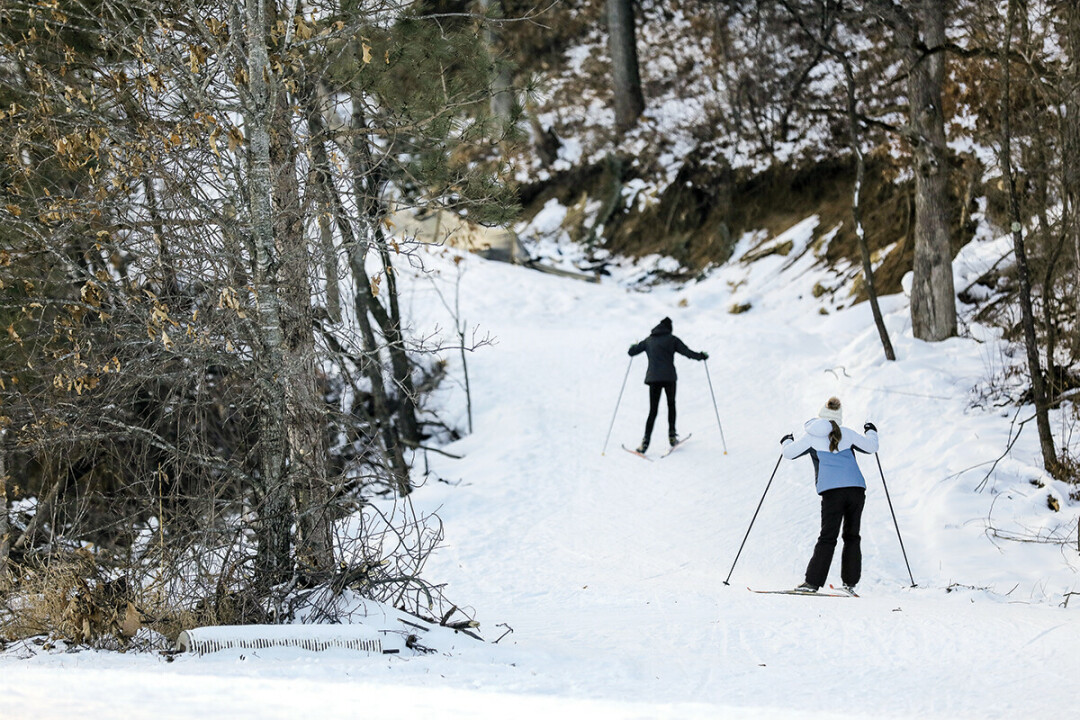 Skiing on the Silver Mine Nordic Cross Country Ski Trails in the town of Union, outside Eau Claire.

One of the great assets of living in Wisconsin is our Great Outdoors, and more of us are taking advantage of them year-round. A variety of efforts and social trends – including the pandemic – have led more of us to hit the trails during the cold months, whether we’re on skis, snowshoes, fat bikes, or just our trusty winter boots.

It’s easy to see that this is a good thing overall: good for our physical and mental wellbeing, good for natural places that receive renewed interest and investment, and good for related businesses.

Yet there are inevitable drawbacks to getting more people onto Wisconsin’s trails, particularly in wintertime. New users means new people learning the ropes – which in this case are the sometimes unspoken (but very important) rules of trail etiquette.

“Most of the problems on the ski trails are the hikers. They go out and they don’t understand that they shouldn’t be hiking on the ski trails, especially the tracks for the classic skiing.”

Notably, walkers hoping to hike through the woods and enjoy the crisp winter air run the danger of spoiling the carefully groomed trails used by cross country skiers, as well as the single-track trails used by fat bike riders or snowshoers.

“Most of the problems on the ski trails are the hikers,” says Steve Wood of Eau Claire, a longtime winter sports lover and past president of CORBA, the Chippewa Off Road Bike Association. “They go out and they don’t understand that they shouldn’t be hiking on the ski trails, especially the tracks for the classic skiing.” 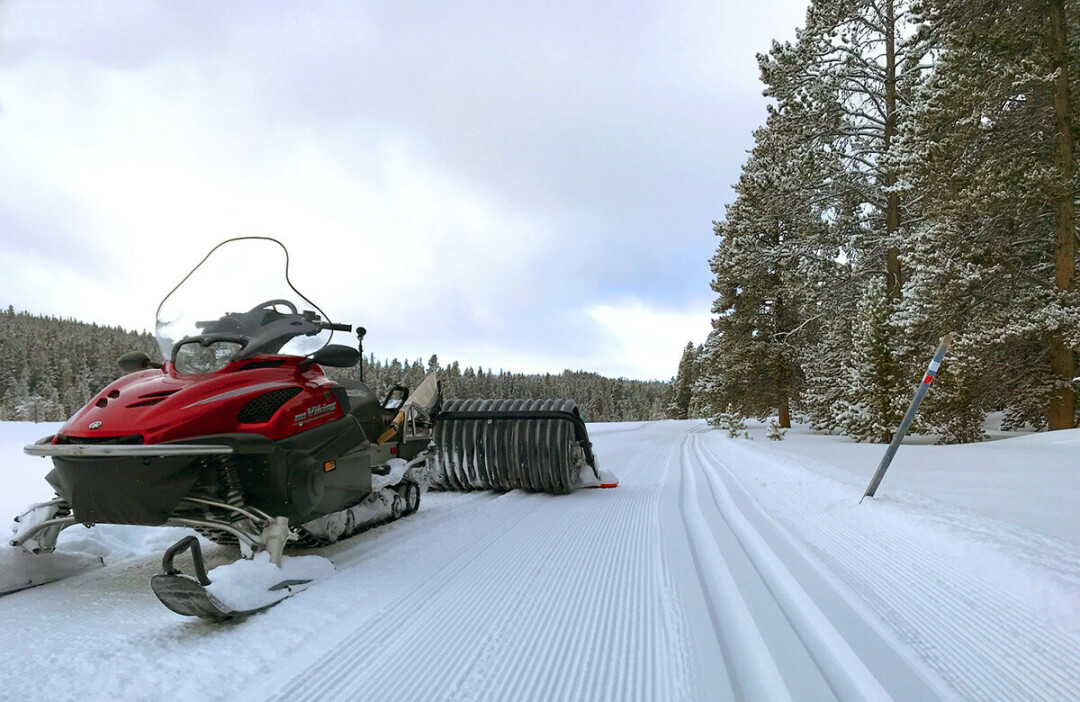 Grooming a cross country ski trail. The tracks at right are for classic skiing, while the "corduroy" area at left is for skate style skiing. (Photo by David Haile | CC BY-SA 4.0)

For those of us who haven’t ever been bit by Birkie fever, here’s a quick primer on cross country ski trails. There are typically groomed for two kinds of skiing: classic style and skate style. Classic style skiing is done on a groomed track with the skis parallel to each other. (If you see two grooves in the snow that run parallel like train tracks, you’ve found a classic ski trail.) Skate style skiing, on the other hand, requires a V-shaped motion (much like inline skating) and a larger, flatter trail, typically groomed in a corduroy pattern.

Classic and skate style trails often run side by side, and as tempting as it is to tromp along or across them when you’re in the woods on foot, skiers have a sincere request: Don’t. “It only takes one or two people doing that to mess up the entire trail,” Wood said.

Chris Gorzek, a longtime member and former president of the Eau Claire Ski Striders, echoes this sentiment. Boot holes can punch through the groomed ski deck, exposing dirt and causing the trail to melt more quickly, he said.

Especially if the weather rises above freezing, the footprints of a hiker or two can devastate make a groomed trail unusable until the next time a groomer comes through. 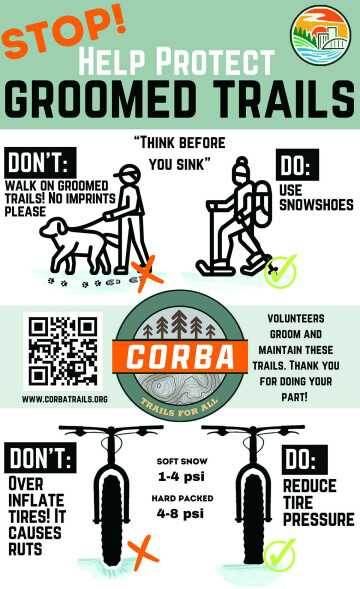 Signs like these will soon be placed along groomed single-track trails in Lowes Creek Park. (Submitted image)

Wood stressed that the damage is usually done out of ignorance rather than maliciousness. He recalled a recent situation where he was traversing a snowshoe trail at Eau Claire’s Northwest Park when he encouraged a couple and their dog on foot. “When I run across people like that, I’m not going to yell at them or make them feel bad,” he said. “I’m going to explain the situation.”

While cross country ski trails in the Eau Claire area are groomed by either city or county workers (depending on whether they’re in the city limits or not), single-track trails – like those for fat bikers and snowshoers at Lowes Creek County Park or Northwest Park – are groomed by volunteers with a self-propelled machine called a Snowdog. It can take hours to groom the networks of trails at these parks, so it’s disconcerting if someone wrecks them. That’s why CORBA is working to put up new signs along these single-track trails informing folks not to walk on groomed trails as well as to remind fat bikers to check their tire pressure (over-inflated tires can cause ruts, making trails less than fun to traverse).

Strictly speaking, city and county public parks are open to all users – meaning there’s no law against wrecking a groomed trail. Similarly, there’s no law against walking through a carefully-built sand castle on a county beach or swatting a Frisbee out of the air on a disc golf course at a city park. You could certainly do any of these things, but why would you? The Chippewa Valley is fortunate to have plenty of public spaces that we can share, but they should be shared wisely.