the fave local indie-rock band will premiere music videos, shares plans to leave and venture out of Chippewa Valley 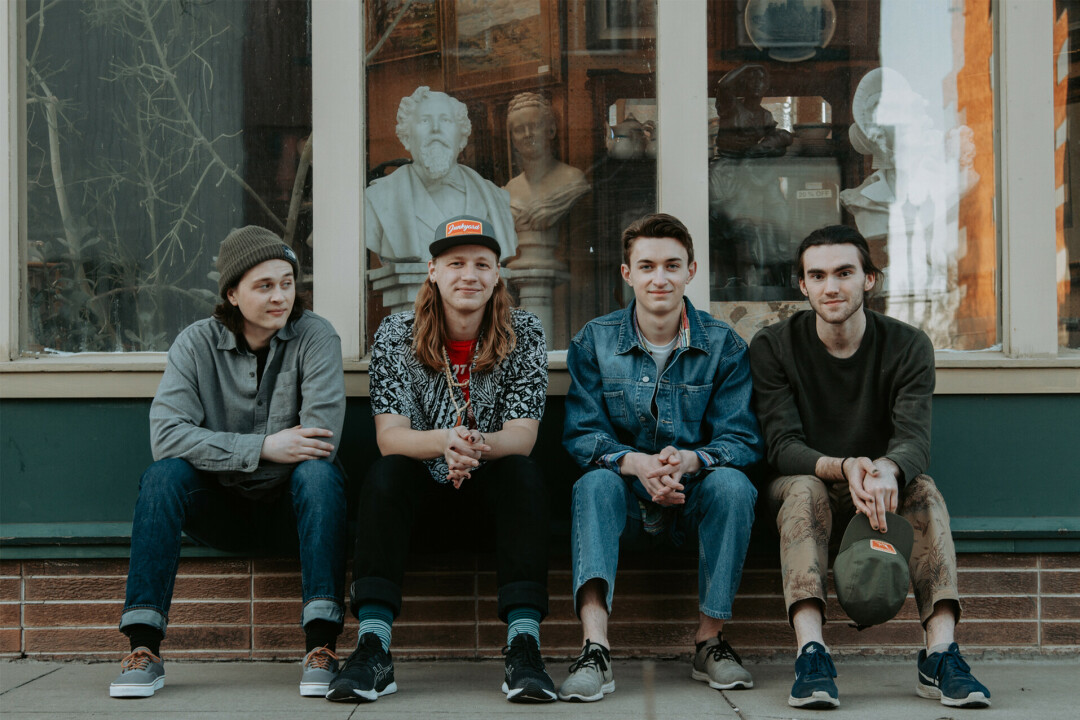 TOTALLY BUGGIN'. Sad House Guest invites the public to get down with them at Forage on Thursday, Jan. 19, where they'll also premiere new music videos. (Photos via Facebook)

Sad House Guest, the local indie-rock band known for their own idiosyncratic spin on the genre, is premiering the music video for their single “Bugs In Your Brain” part of their EP of the same name which was released about one year ago.

The four-piece band made up of Bein Stein (drums), Sam Stein (lead vocals and guitar), Sam Lakmann (keys) and Tor Kjartansson (bass and fiddle) has released two EPs, the first, Bugs in My Brain, released in 2021, their sophomore EP Electric Veins released in April 2022.
The lead single is inspired by anxiety, and its music video to premiere at Forage featuring lead singer Stein alongside Ray Meyer, who will embody the “bugs” in Stein’s brain. "Little Thousand" will also have its own video screened there.

Their upcoming Jan. 19 show at Forage from 7-9pm is their first of the new year, though the local rockers just wrapped up their Bugs in my Veins tour this fall. Traversing from Minneapolis to Chicago, over to Madison and Milwaukee with stops in other towns before and after, they ended at Eau Claire’s The Mousetrap in October. 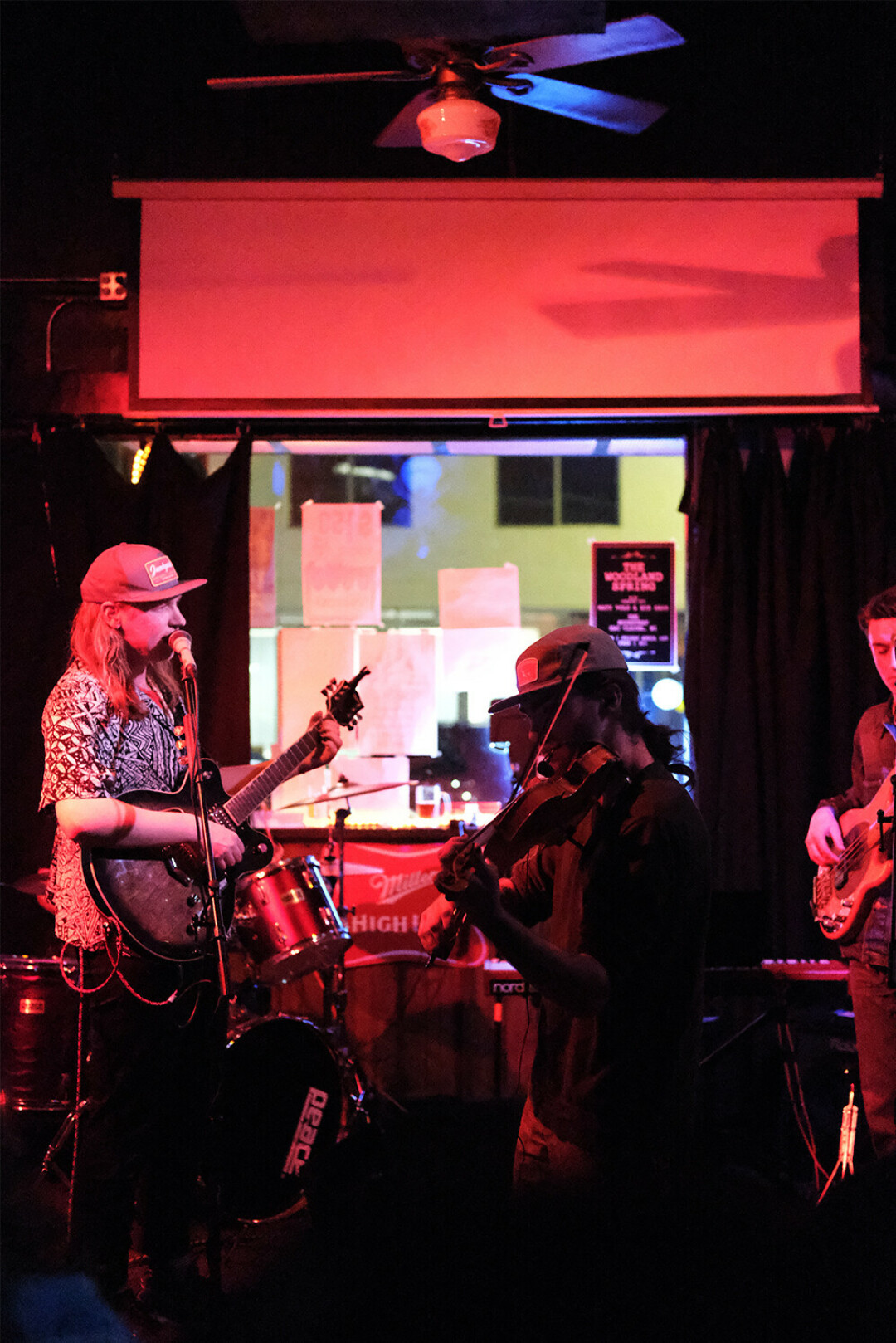 “It took me half a year to plan the tour and it was totally worth it. For me doing music full time is the ultimate goal, and for three weeks I got a taste of that,” Stein said. “Those types of opportunities, seeing new cities, connecting with other music scenes, is what these songs are all about.”

Lakmann agreed, adding the tour was an entirely new level for the band, allowing them to test themselves with other, new audiences.

And while locals may know Sad House Guest for their vibey porch concerts and rowdy basement seshes, Stein said since they released their first two EPs, their sound has become more dynamic with enhanced depth and melodies, more synth added as well.

Folks will be able to look forward to witnessing the band’s growth themselves in person at the Jan. 19 show at Forage in downtown Eau Claire, plus an array of other performances and entertainment alongside the music video release, filmed by Gabbie Henn. “It’s nice to give this pandemic-era project a social and communal event of its own,” Stein said, adding that Henn’s distinctive film style has stuck with him for years.

The Jan. 19 collaboration between Sad House Guest, Gabbie Henn, and Forage will feature the two Sams of Sad House Guest playing a couple of short sets – the first followed by a screening of Henn’s videos – while Forage will provide drinks and help make the night flow along.

Fans of Sad House Guests will likely feel some amount of dismay to learn Stein and Lakmann have plans to leave Eau Claire in the future, perhaps making their upcoming Forage show that much more special. “The opportunity to play with SHG and with other groups has made me grateful that the Chippewa Valley has such a variety of musical acts, and that the community has the desire to go out and support those acts as well,” Lakmann said.

... eau claire does not forget about artists once they have made their mark in the valley.

“There are plans to move to Chicago in the near future to see how we can bring the music to an even larger audience,” Stein continued. “We plan to continue gigging in Eau Claire, seeing as Eau Claire does not forget about artists once they have made their mark in the Valley.”