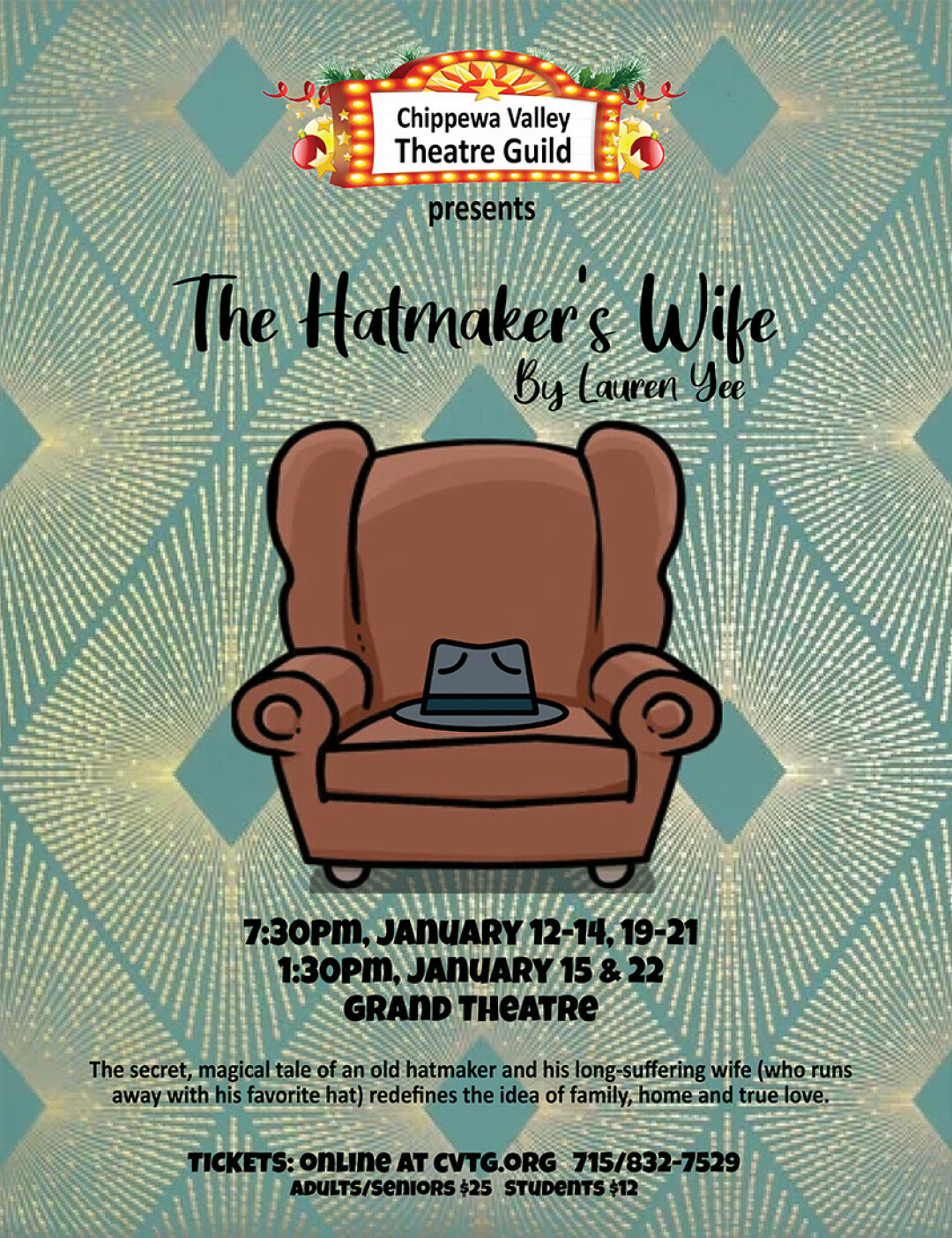 WIFED UP. CVTG is opening up its 41st season with The Hatmaker's Wife with a nine-person cast and directed by Logan Toftness.

The Chippewa Valley Theatre Guild (CVTG) is opening up the new year with its production of Lauren Yee’s The Hatmaker’s Wife, a whimsical play about a young couple moving in together only to encounter conflict soon after and receive help from an unlikely source: their new home.

As the home literally starts speaking to the couple, the walls tell a tale of an old hatmaker and his wife, who runs off with his favorite hat. The audience soon learns the two couples have more in common than just the house, the play a humorous and warm story.

With a cast of nine and crew of seven alongside the What-have-yous band, CVTG’s production is directed by Logan Toftness. As Toftness explained, each of CVTG’s seasons are selected and recommended to the board by a play reading committee, the committee then solidifying which shows will reach the Valley stage.

director of cvtg's production of the hatmaker's wife

“This show has a really fantastic cast. That alone is reason enough to see the show,” Toftness said. “On top of that, you have this great, heartwarming, hilarious, heartbreaking script, a very cool set, and amazing costume design.”

Toftness was very pleased The Hatmaker’s Wife was chosen, whether or not she was tapped to direct it; originally, Toftness wasn’t set to direct the play, but after scheduling conflicts with its originally director, she was approached. “(I was asked to step in to direct) based on knowledge of my general interest in theatre that is a little more absurd,” Toftness said. “This (play) has a talking wall in it; at the time of the interview (to direct The Hatmaker’s Wife), I was directing a show with a talking tree in it. And here we are!”

CVTG is committed to producing and showcasing plays by women, Executive Director Ann Sessions explained, The Hatmaker’s Wife’s following suit with that commitment. Its creator, Yee, is an award-winning playwright, screenwriter, and television write from San Francisco.

To purchase tickets, visit cvtg.org or call (715) 832-7529. For more information, visit the website or email cvtgact@aol.com.