WHAT A TALE: Local Writer Publishes Sequel to ‘Cat Tales’ 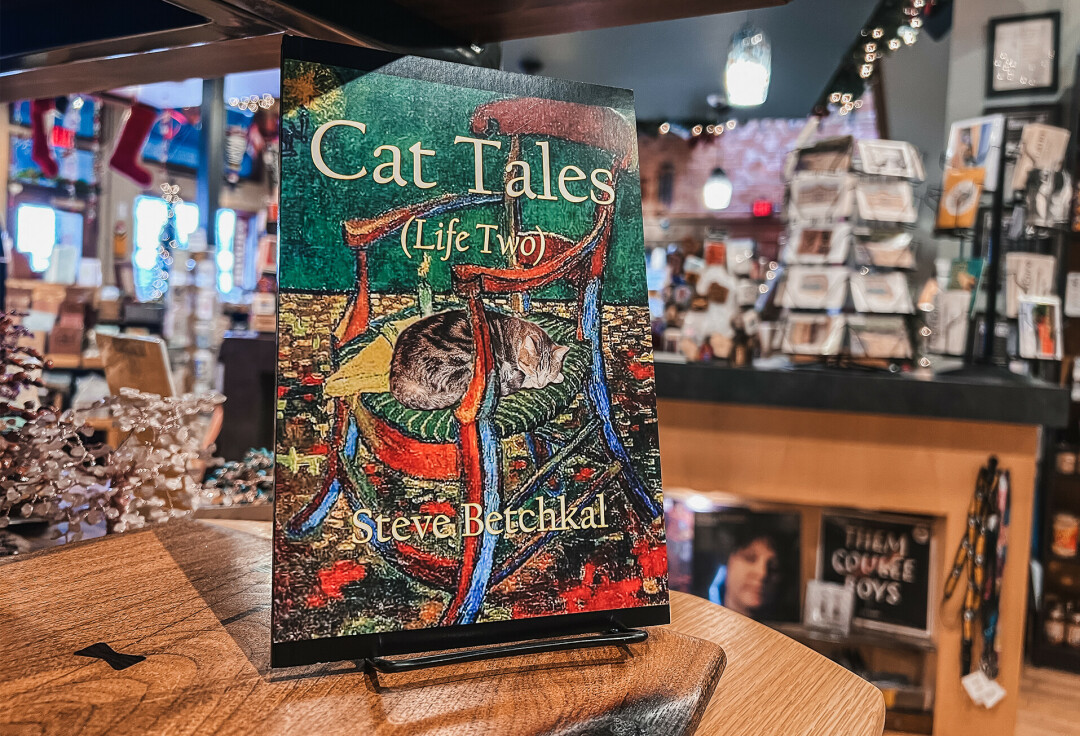 Oh, the things cats would say if they could talk… and in Steve Betchkal’s latest story collection, they can! Cat Tales (Life Two) is a collection inspired by his bedtime tradition of telling stories to his two kids in their bunk beds.

Betchkal has been a writer sharing their work in the Chippewa Valley for 25 years, previously a freelance writer for the Leader-Telegram, an Edward R. Murrow award-winning TV journalist, and a published author with seven books and multiple writings in local and national magazines. With Betchkal’s recent book, he finds that publishing is one of the most thrilling moments of his book writing ventures… even after his seventh book. Even more so, sharing his stories is also a part of writing that keeps him motivated.

Cat Tales (Life Two) is a continuation of short cat conversations that the first book explores. Following the fascinating discussions between the cat and its owner, Betchkal includes a collage of artist portraits (such as Beaux, Repin, Van Gogh, and Lambert) with cats photoshopped onto them.

Betchkal feels that verbal tradition is essential and the engagement between adult and child, so the stories are conversational and made to be read aloud as the parent plays the role of adult and cat. From timing how long his cat sleeps to trying to get this cat to bathe, Betchkal specializes in dialogue as the continuing 20 chapters from the first book develop the relationship between the two characters even further.

As for the future of the series, Betchkal plans this as his last installment for the foreseeable future. “The cat featured in these two books is an indoor cat. He runs zero risk of being hit by a car, catching a disease, or being snatched by a great-horned owl or coyote. All he does is sleep on a chair. He doesn’t need nine lives. Two may well be enough,” Betchkal explains.

For Cat Tales (Life Two), the adventure is in the simple pleasures in life and the things our pets don’t say.

Copies of Cat Tales (Life Two) are available at The Local Store (205 N Dewey St., Eau Claire) for $15. Alternatively, email stevebetchkal@gmail.com for a copy of the book and an opportunity to get them signed.