applications open for Think Inside the Box Challenge 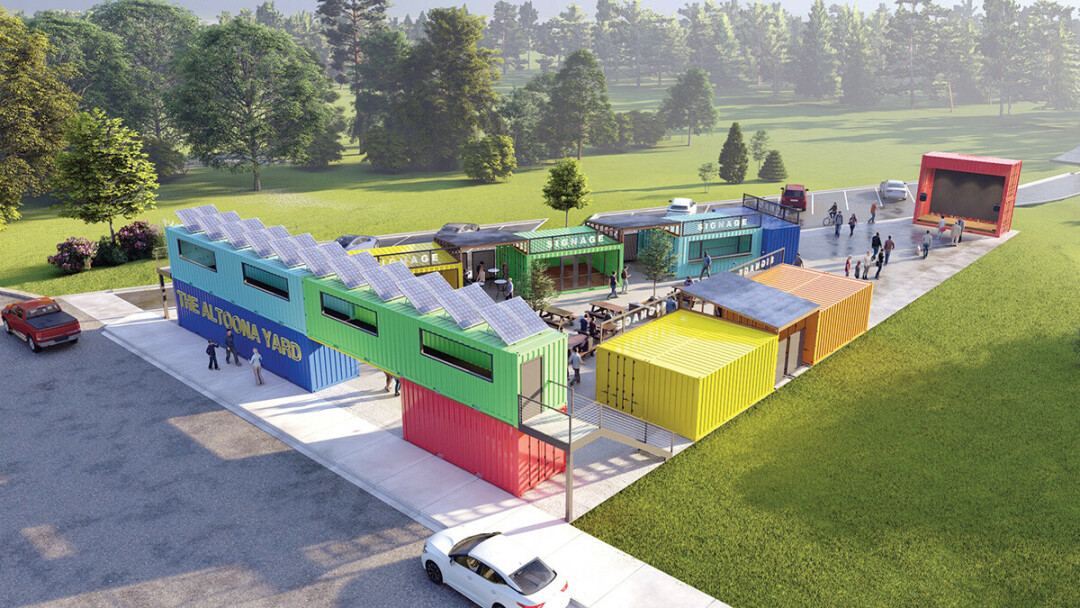 BOXED IN. A rendering of a planned container park for small businesses that will be built in downtown Altoona. (Submitted image)

Business innovators are constantly told to think outside the box. Now, a new initiative is encouraging Chippewa Valley entrepreneurs to think inside the box instead. The box – or boxes, to be more accurate – in this case is a cluster of shipping containers that will make up a new container park that will be created in downtown Altoona by next summer. The City of Altoona recently began taking applications from entrepreneurs who want to open small restaurants or retail businesses inside what the city says will be a “vibrant, cutting-edge new development.”

Applications to the Think Inside the Box Challenge will be accepted through Friday, Jan. 27.

“The city hopes to attract two small restaurant operators, two micro-retailers, and a tap room operator to join our downtown family to grow a successful, innovating retail hub that will attract visitors from near and far,” the city noted in an announcement. By opening up inside the prefabricated containers, the city said, businesses can avoid the start-up costs of construction or renovation they would otherwise face.

Altoona plans to build the park on formerly blighted downtown property with the help of a $1.38 million Neighborhood Investment Grant Program from the state of Wisconsin, which is funded by federal pandemic recovery dollars. The container park will be on Division Street, near the Altoona Post Office.

A city team will review applications and will meet with finalists to get more detailed plans. Winners will be invited to sign leases to open their businesses in the container park. According to the city, “The park will also include an indoor seating area/observation deck, public bathrooms, outdoor seating, and a performance stage.”

Interested entrepreneurs can learn more and find an application by visiting the city website at www.ci.altoona.wi.us and clicking on “News.”