Cap’n Seabeard is prepping for a show at Forage, the release of a music video, and an EP in the new year 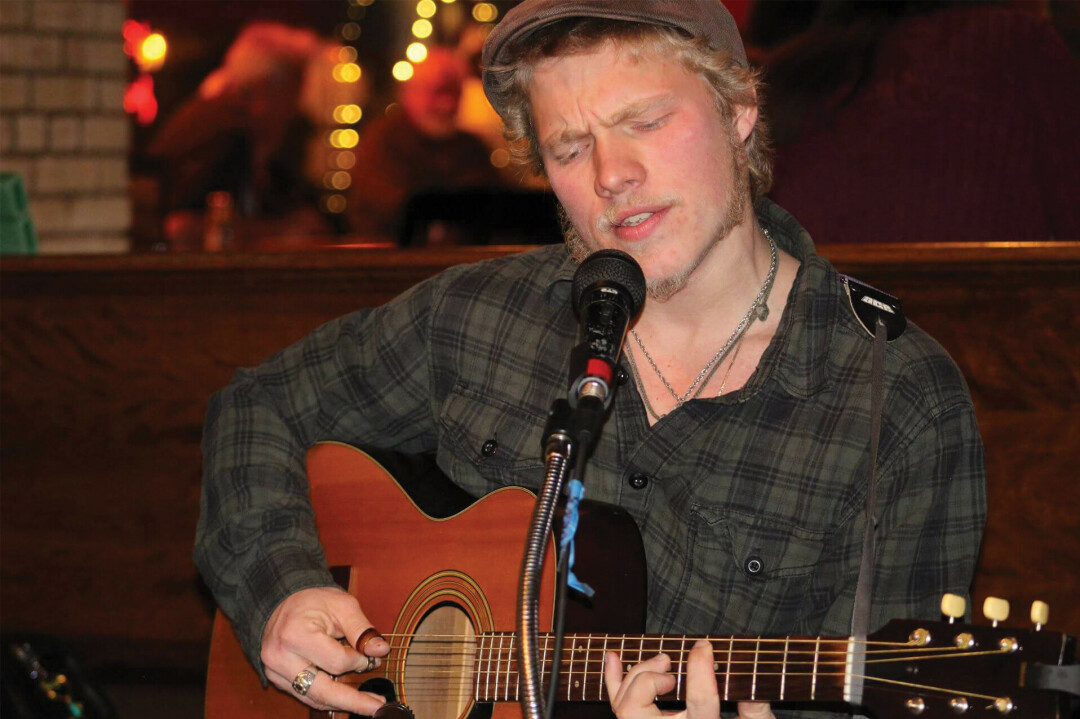 OH CAP'N, MY CAP'N. Local musician Christopher Schumacher (pictured), or Cap'n Seabeard, has been creating music for more than a decade and is heading into the new year with a bang. (Photos via Facebook)

Menomonie local and musician Christopher Schumacher, or Cap’n Seabeard, as fans may know him, will be performing at a three-set Forage show on Jan. 6. Though it won’t be the first time Cap’n Seabeard has appeared at Forage (403 S. Barstow St., Eau Claire), it will be his first performance since releasing a new music video.

Schumacher has been playing and creating music for 15 years and performing for about half as many, though the upcoming music video for his song “Perfect Weather” will be the first he’s released. While he doesn’t have a concrete set list for the Forage show, he will likely perform “Perfect Weather.”

Cap’n Seabeard will perform second at the Jan. 6 show, the first being Wyatt Thompson and the third being Andy Nelson.

Schumacher’s musical moniker is whimsical enough that folks may wonder what inspired it, and the story stems from his time traveling with a group of musicians on the West Coast years ago. After messing around on a tourist-filled beach one day with another musician, Schumacher earned the name after messing around in the sand that day, enough so that a passerby actually stopped and gawked at him. Humorously, he earned the nickname “Seabeard” from his friend.

“I‘ve just been blessed to be around music my whole life.”

Raised on a family farm just outside of Menomonie, Schumacher has led a life of wanderlust for the past handful of years, a lifestyle he credits to his dedication to music. “I’ve spent probably what’s going on five or six years of traveling whenever the opportunity comes,” he said. “I’ve had some luck and friends being really good to me, letting me come stay with them for a month in a spare room or something, and doing odd jobs so I can live this lifestyle.”

“I’ve just been blessed to be around music my whole life. I had a lot of family and friends growing up that were musically inclined, and I remember when I was really young, I was going to punk garage shows and stuff like that,” Schumacher recalled.

Cap’n Seabeard’s sound grew out of the influences of punk music and skateboarding culture, which he has long been part of as a skateboarder himself. “I grew up watching skate videos and (surrounding myself in) punk rock culture,” he said. “Punk rock is amazing in its energy level but I also wanted to take that to a different level. I realized that bluegrass and punk rock have a lot in common, (so) I’ve fiddled around with things and found out what seemed to work.”

Hoping to drop the music video for “Perfect Weather” sometime between Dec. 29 and Jan. 1-2, Schumacher plans to ring in the new year by hitting and planning for long-coming milestones. After the release of the music video and the Jan. 6 Forage performance, he’ll keep cranking away at what he hopes will be a roughly 10-track EP, produced by Jordan Romero.

Forage has yet to share the Jan. 6 event details online, so folks can keep a lookout on their social media for more information soon.

Keep up with Christopher Schumacher/Cap’n Seabeard on Facebook and listen to his music online, and visit Forage’s website for event information.