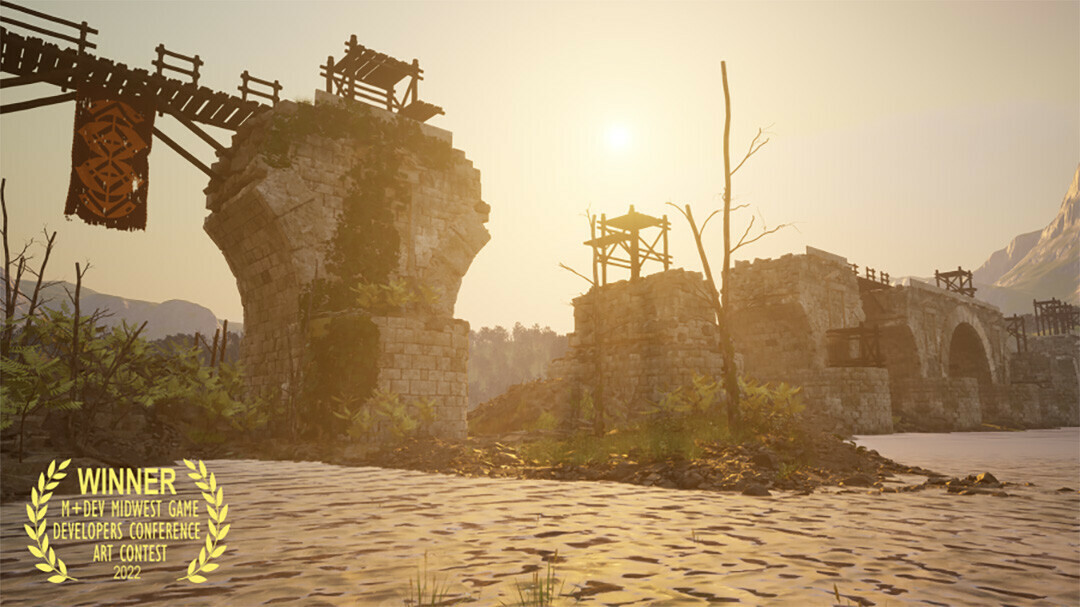 Andrew Williams’ still image of ancient ruins, “After Arcadia,” won the juried art contest at the M+DEV Midwest Game Developers conference held recently at the Alliant Energy Center in Madison, the fourth time a UW-Stout professor or student has won the prize.

Williams, former director of the game design and development-art undergraduate program, created the environment using a variety of software including Unreal Engine 5, Maya, and the Substance 3D Suite.

“My goal for ‘After Arcadia’ was to build a large-scale, nature-focused scene from scratch. I digitally re-created the rocks, rivers and native plants from our part of the state,” he said. 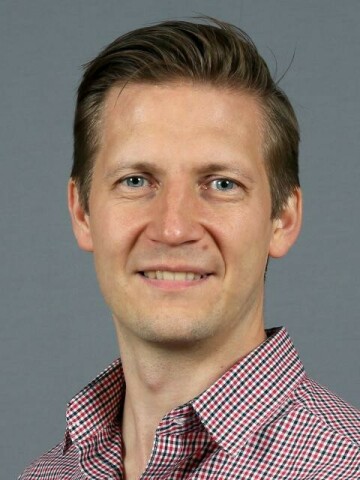 “Since the final elements came together in August and September of this year, I wanted to capture the hazy feeling of afternoon sunlight in late summer. These natural elements provided a setting for the ancient ruins and helped communicate the dramatic sense of scale I was seeking.”

To develop the art, especially the rocks, Williams used photogrammetry, in which 60 to 300 photographs of an object are taken from every angle. The images are adjusted and combined to create a 3D model consisting of several million polygons.

“After the model is manually cleaned up and adjusted to reduce the high polygon count, it can be brought into the game engine where lighting and other visual effects can be applied. The end result is a photorealistic 3D object,” Williams said.

Other techniques used in creating “After Arcadia” included building the surface textures of the ruins in specialized texturing software like Substance 3D Designer and Substance 3D Painter.

To see a fly-through of the environment and learn more about the project, go to Williams’ Artstation portfolio site.

The exhibits at M+DEV featured three UW-Stout games created by students and faculty from the game design and development-art program and from the computer science program, which has a concentration in game design.

One of the games was “Witness to the Revolution,” which was presented by Williams. He is developing the game, a historical representation of the Boston Massacre, with other faculty and alumni. The first third of the game is scheduled for release in December.

Williams, who also moderated an online panel discussion, said M+DEV is “one of our favorite industry conferences. We’ve had a big presence at the conference since the beginning. M+DEV is also one of our best opportunities to meet up with our program alumni. It is a unique and special experience that we look forward to each year.”