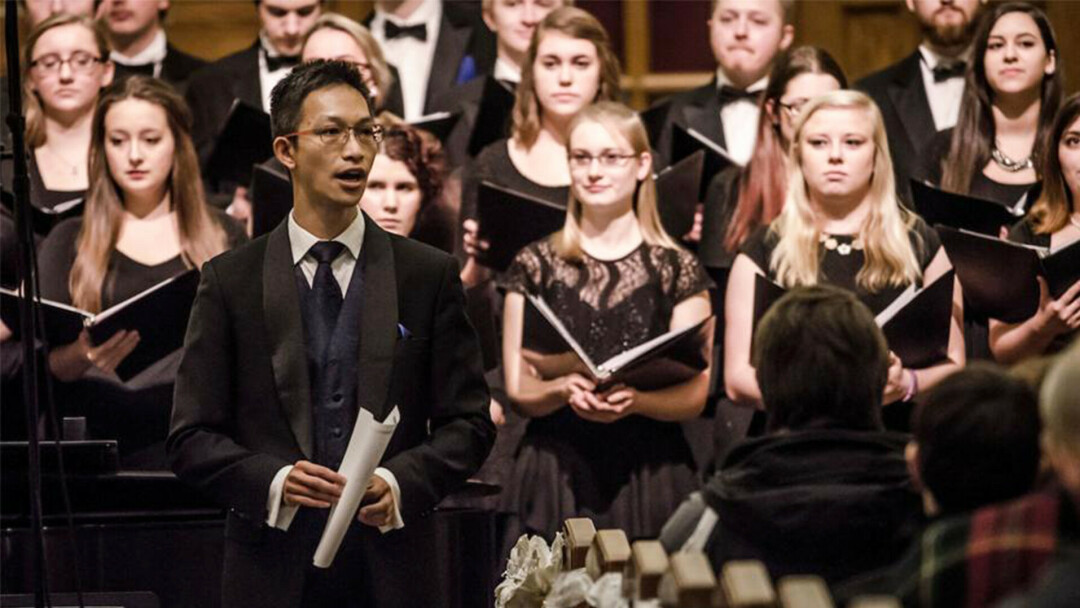 TO FREEDOM. UW-Stout collaborative project "To Freedom" ties together visual art and music, platforming Ukraine, Poland, and Estonia's culture and artists. Pictured is Director of Choral Activities Jerry Hui and the Symphonic Singers (via UW-Stout website).

Now open until Saturday, Dec. 17, the Furlong Gallery at UW-Stout features art from Ukrainian, Polish and Estonian artists, which will be complemented by a concert, titled “To Freedom,” on Saturday, Dec. 3, at Our Savior’s Lutheran Church in Menomonie.

“At Stout, one thing that I try to do is to really treat the choral music program as not just a place for us to perform music,” said Jerry Hui, professor of music and director of choral activities at UW-Stout. “Along with singing music, I hope to always find ways to program music in a way so that there’s an additional hook.”

Two choirs at UW-Stout, the Symphonic Singers, and the Chamber Choir, are partnering with select singers from the Menomonie Middle School and Schola Cantorum of Eau Claire to sing music native to Ukraine, Poland, and Estonia. There’s also a guest dance performance from Ganna Berge, founder of Swan Lake Ballet Studio and Ganna Ensemble, alongside some of those ensemble members. 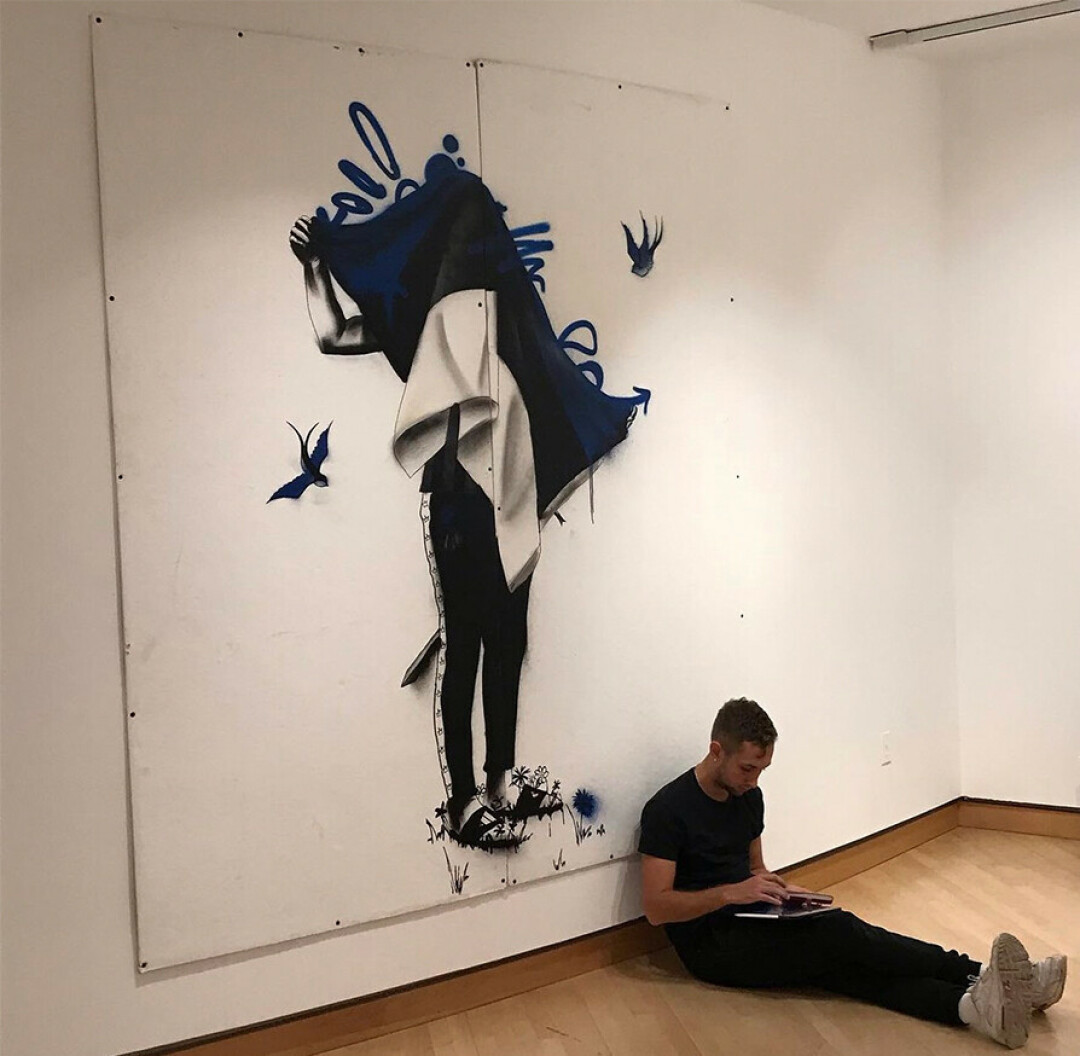 “All of our songs are in either Estonian or Ukrainian which means we are asking the audience to focus more on the music and the emotions rather than the lyrics,” said Kat Schlauderaff, one of the students in the Chamber Choir.

Hui began thinking of this project when Russia first invaded Ukraine in February. Hui communicated with the Ukrainian Institute of America, the Polish Cultural Institute, and the Consulate of Estonia, to get in touch with international experts and artists for this project.

The concert was primarily the original plan, but adding the art exhibition in Furlong Gallery provided more visibility for a longer period of time, hopefully reaching more people. Christina Shmigel is a Ukrainian-American artist and sculptor and some of the work she’s presented for this event is made entirely of cardboard; Monika Weiss is a Polish-American artist and composer and is showing a video projection accompanied by a four-channel audio playback; Riivo Kruuk is an Estonian-American painter and graffiti artist who has some of his works on display as well.

One of the noted challenges was learning the lyrics from all three languages: Ukrainian, Polish and Estonian. However, Hui wanted his students to learn conversational phrases as well since he hopes local Ukrainians will come out to the show and mingle.

“My hopes for this concert are that we can really sell the emotionality of the music. This program is more direct and rawer than any other I have taken part in this far,” said Connor Donnelly, a student in Symphonic Singers.

Hui notes that the content of the concert will have a variety of different pieces – some lighthearted, some solemn, and some contemporary. Hui hopes for a full house for the show and encourages folks to see the art on display in Furlong Gallery.

Learn more about the “To Freedom: Music, Art and Culture of Ukraine, Poland, and Estonia” project online. Tickets for the concert are $5 and available at uwstout.universitytickets.com