a play by David Sedaris, ‘The Santaland Diaries’ recounts his experience as a Macy’s department store elf 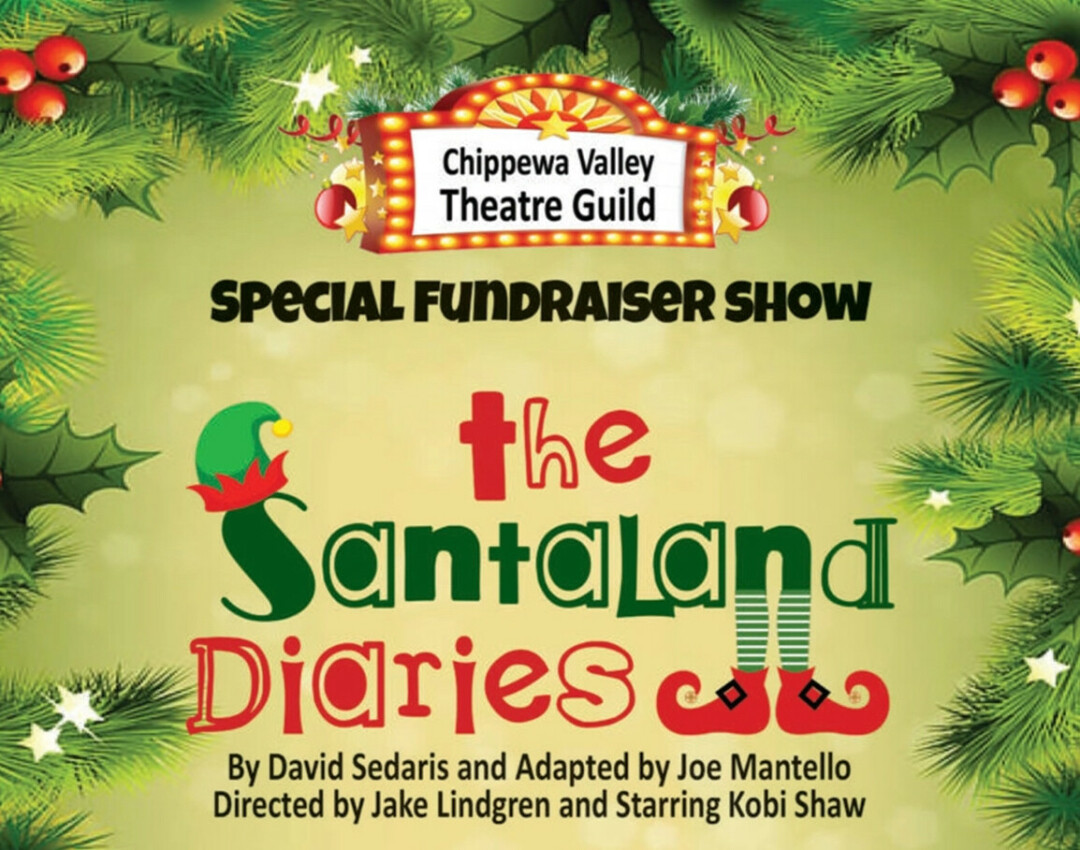 ELF! No, not the Will Ferrel holiday movie. The Santaland Diaries observes a Macy's department store Santaland elf in a humorous, snarky production by the CVTG. (Image from CVTG's production poster)

“When the opportunity came up to help (CVTG) do this fundraiser, it was just a natural fit, and a show I’ve wanted to do for a very long time,” Lindgren said.

The Santaland Diaries is a David Sedaris piece, first published in the 1990s, recounting his experience of moving to New York and working as a Macy’s Santaland elf. It’s an adult, one-person show that has a run time of about 90 minutes with no intermission.

The show stars local actor Kobi Shaw who has been working with the piece since June. The rehearsal process hasn’t been a typical one for Lindgren and Shaw as they started when Shaw already had the play mostly memorized. 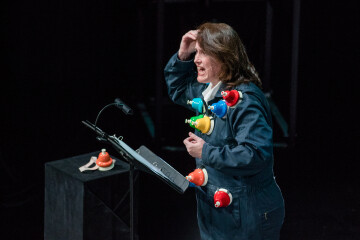 It’s been a huge treat to work with her and watch her bring this to life,” Lindgren said.

Lindgren grew up in the CVTG since joining in his mid-teens. He also attendedUW-Eau Claire, finishing with a degree in Comprehensive Theatre with an emphasis on directing. Lindgren is well-versed in directing, acting, dancing, costume design, and more: You name it, he’s done it.

For CVTG, Lindgren has directed the shows Arsenic and Old Lace, A Christmas Story, and Love, Loss and What I Wore. For his own company, Downstage Left, he’s directed Gruesome Playground Injuries, The Amish Project, 21A, God of Carnage, and more.

Lindgren encourages folks who are interested in the stage to get involved.

The Santaland Diaries is sure to be great fun for those in attendance. It’s only on for two nights so make sure to get tickets soon.