LOCAL LIT: ‘A Tomato Can of Another Sort’

I used to drink it. I used to have the same lunch every day, for 20 years, I guess, the same thing over and over again.
–Andy Warhol

Loving you has made me bananas
–Guy Marks

The response to my retyping is the same error message. How can I make mistakes about a name, his name? We met at Thanksgiving when I was nearly 12 and he’d just turned 11. Our mothers, both divorced college graduates—his from Wellesley, wasn’t it? Mine, I know, from Illinois – when both facts were unusual, worked in the same office. I must be forgetting how I originally typed it – all caps or lower case? Was it first name only? Or his full name? I can’t recall.

What I do remember, the last time we were in touch was on his birthday four years ago. I sent him an MP3 file of a novelty song he had introduced me to the summer before my family moved and the changes started. I had unearthed the tune on a collector’s site, a parody of a cheesy vocalist fronting a small-town band and singing goofy romantic ballads, the sort of thing we chortled about, lit up with youthful mischief about grown-up foibles. In my message to him, I wrote that that song was only part of what his wit and enthusiasm

had inspired in me, his gift, his light. In a brief reply, he thanked me for the “notes” and told me he had finally taken up with a woman after his divorce and moved from the last address I knew, his children now grown and gone from that house. The next year, he changed his e-mail address, too, didn’t let me know.  For years, I’d been the one who tried to keep in touch as he was a part of me, and I can’t seem to keep male friends. My message a year later bounced back.

As I stared, I felt a grim finality. Five years before while I was in town, we met for lunch. He arrived fresh from playing basketball to keep his spirits up, he said, because he was out of work and his wife divorcing him. His strategy certainly paid off. To me he still seemed to be as shiny as a new penny in well water, but we were no longer in complete accord after all the years and different towns; his dropping out at 15, breezing through tech school to good jobs and my having gone to college; his marriage and children and my long and, for years, too solitary path with no kids. We haven’t seen each other since.

He had been the brother I never had, a boy who adopted almost all of my passions in all the ways my sisters could not then. I’m unsure whatever I was to him, though. He had brothers, both of them older, both irritated all the time in the way older siblings can be by his desire to be a part of their games and plans and how undeterred he was by their impatience, brusque putdowns, and frequent jokes at his expense. With guileless affection, he kept coming forward like a relentless boxer who leads with his heart, willing to take punches in order to get in close. That strategy with girls left bruises over the years. Friendship, which later became so hard, was easy at first. He was a prodigy who had skipped the fourth grade, as lit up with intelligence as a brand-new halogen bulb and whose incandescence put me in his shadow the very year I first felt all puffed up with the notion I might be the best student in my class. Being around him, I realized I had so much more to learn and not just because he was a year ahead in school. His memory for facts, books he’d read, off-beat humor, and comic songs he knew by heart, his coinages of sound effects and nonsense words astounded me and still come readily to mind. I was twice his size, though, so perhaps he adopted vicariously my dream of playing sports. I did not correct his suggestion that my build and looks made me the All-American boy, but never made a single varsity team, though I grimly tried.

Inept at friendship, too, reserved, I kept my hands up, stayed out of the corners. I hadn’t back-pedaled from him, but I began to when we moved and I became a nobody who was so insecure he could think of no gestures that would not end in ridicule and so stayed by himself.  A school classmate, frustrated at me, told me years later he found me to be aloof, and I accept I am now a tomato can of another sort, too cautious to take the chances to work inside, wary of the blows that lead to tie-ups, too quick to impose the memory of what he and I used to be, unwilling to adjust. “Your father had the shipfitter blues,” I sing, but no one joins in.

I have so much more to learn. I will have to contact Tech Support to change both my password and, since the light is fading, the questions I no longer feel secure in being able to answer. 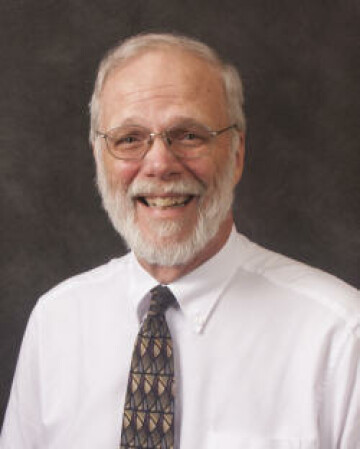 John Graves Morris, a 1974 graduate of UW-Eau Claire, is Professor of English at Cameron University and the author of Noise and Stories (Plain View Press, 2008). He lives in Lawton, Oklahoma. You can read more by him here.