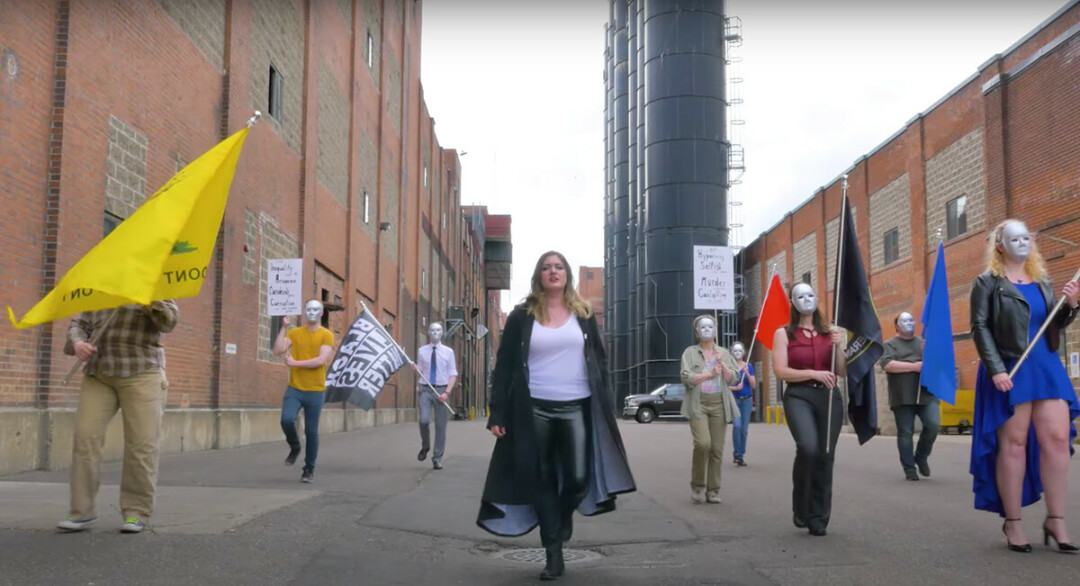 MARCHING TO THE POLLS. A scene from the "Ballad Box" music video. (Submitted photo)

Just in time for Election Day, singer-songwriter and Eau Claire native Jessica Wachs has released a music video encouraging voters to express themselves at the ballot box. The song, titled “Ballad Box” was written and performed by Wachs, is described in a promotional release as a “rare, bipartisan effort to encourage people to self reflect, explore alternate perspectives and make their voices heard at the ballot box.” 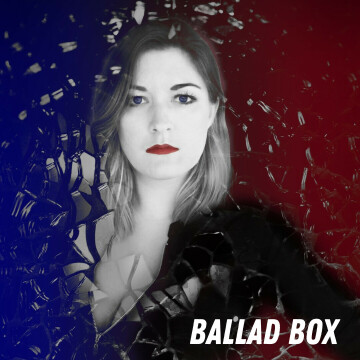 Wachs, a Memorial High School grad who now resides in Florida, filmed the video primarily in Eau Claire (Banbury Place provides a backdrop throughout) and says she more than a dozen locals helped as performers, grew, and supporters. “This piece could not have been possible without the generous help of Eau Claire locals,” the media release said.

“In an ever-tearing country, it is imperative we all remember that deep down, we all want the same thing although we take drastically different paths to get there,” the release continued. “We need to utilize our hard earned right to vote as our vote is our voice and our ballad in the box.”

Check out the video here:

Learn more about Jessica and her creative endeavors at the website of Rumble Productions.