After more than a decade, local author returns with Y.A. novel, ‘Jak and the Impossible Son’ 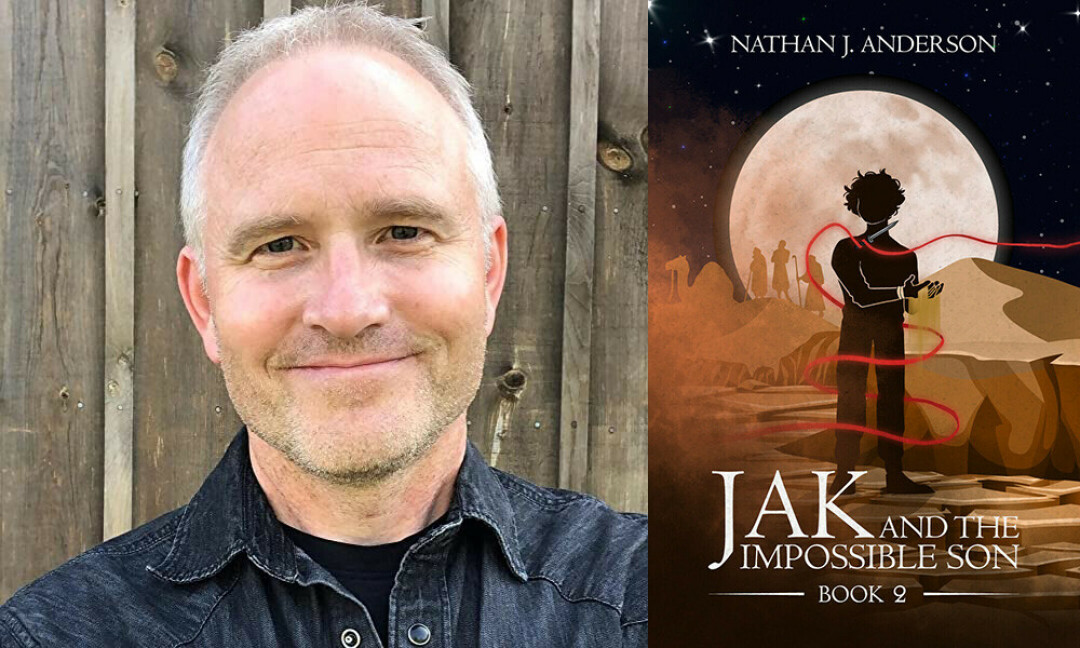 Nathan Anderson’s long-awaited  sequel to Jak and the Scarlet Thread was released Sept. 15. Titled Jak and the Impossible Son, the book is based on the stories of the Bible, geared toward young adults.

The first book covers chapters 1-9 in the book of Genesis, with Jak and the Impossible Son covering the rest of Genesis. Readers can experience the biblical plotlines in a fresh way through the main character, Jak. Anderson says he wants to tell the stories of the Bible in a way that they have never been told before.

I want to whet people’s appetite for Scripture.

“I want to whet people’s appetite for Scripture,” Anderson says, hopeful to help people glean wisdom from the stories.

The first book in the Jak and the Scarlet Thread series was published in 2011, but Anderson had to put the sequel on the back burner for over a decade after receiving a cancer diagnosis in the summer of 2012. After six rounds of chemo and some other circumstances in his life, Anderson had a lot of questions and deep thoughts. Experiencing cancer “made the veil between this life and the next extremely thin,” he says. His questions led him to pen and paper, and he wrote a theological trilogy for adults called A Beautiful Hell.

Anderson has also worked as a hospital chaplain for 11 years. “This may sound morbid, but the focus of my life is death and life after death,” he explains. He is very aware of the reality that we all decay and die, and he wants to give people hope.

Anderson believes that the book of Genesis, the focus of his new book, is foundational for the rest of the scripture, and says he wants to make it through the whole Bible with subsequent books in the series.

Jak and the Impossible Son is available on Amazon, as well as Nathan Anderson’s website, nathanjanderson.com.