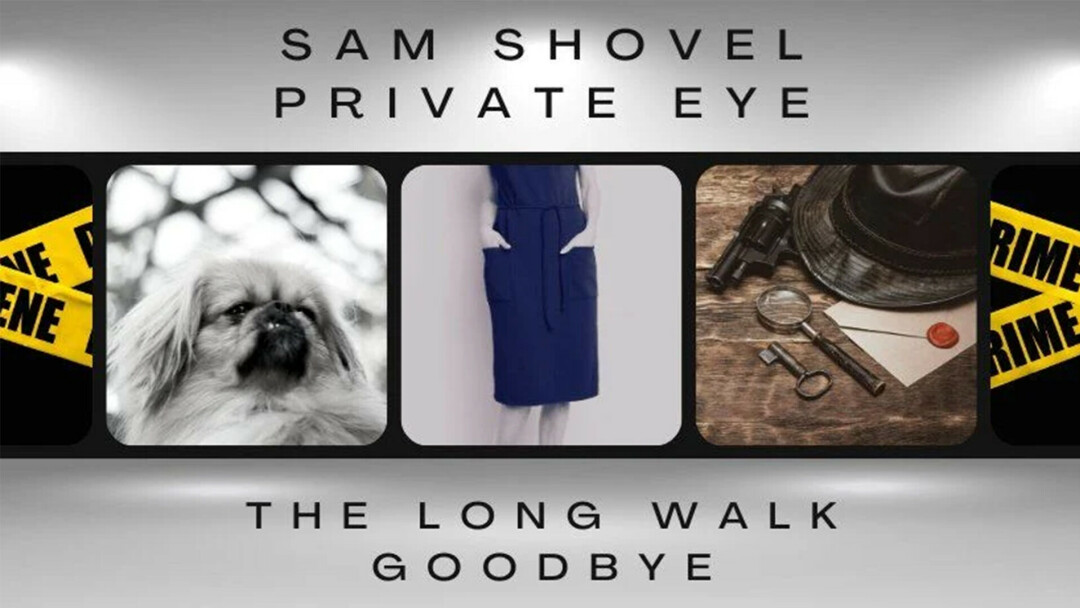 TUNE IN! The upcoming play "Sam Shovel, Private Eye: The Long Walk Goodbye" is a radio broadcast-style play coming to the Valleybrook Church on Nov. 10 and 11. (Photo from ticket site)

There’s a lot to uncover in this old timey radio-style play written by Jim and Jane Jeffries. Sam Shovel, Private Eye: The Long Walk Goodbye is a sequel to their previous production, Sam Shovel, Private Eye, continuing on with the theme and creative atmosphere the first play brought. This time around, the cast and crew have brought their A-game once again to premiere the show Thursday and Friday, Nov. 10-11.

Jim and Jane are local, professional playwrights whose careers have spanned the globe from a museum in Colorado to Texas and even to a performance in Australia. To the couple, there are some ways that receiving a commission becomes easier to work with than going off your own creative instincts. Jim often starts working on an idea inspired from his love of the Jazz Age and detective novels, Jane coming in to progress it as they overlap each other’s ideas.

The radio broadcast play is broken up with the occasional advertisement to break the narrative’s tension. The first play centered on the topic of women’s clothing, while the sequel will focus primarily on the topic of owners and their pets.

Jim and Jane have had the pleasure to work with a stunning cast and crew, including brilliant local saxophonist Sue Orfield. A large part of the performance is the sound, which Sue perfectly approaches through a comedic and masterful manner that has the playwrights enamored with her skill, they said. Paige Vasel plays the lead character, Sam Shovel, and also impressed Jim and Jane by bringing an exciting and authoritative personality to the role. Aside from the cast, Jim and Jane are also appreciative of the help from their tech expert, Julie Smith, for helping bring the play to its full glory on stage.

Sam Shovel, Private Eye is a series that started during the height of the COVID-19 pandemic. For the couple whose work has spanned multiple commissions and other work, it is fun to write something for themselves and have it performed locally. There is a $10 recommended fee at the door, but they also don’t want people to be priced out of the live performance so the price will be optional. All the proceeds of the event go to Teamwork Africa to help build schools. The cast and crew are aided by an arrangement of local corporate sponsors, each helping to make this production possible.

Sam Shovel, Private Eye: The Long Walk Goodbye will be performed at Valleybrook Church, 412 S Barstow St., Eau Claire, at 7pm on Thursday and Friday, Nov. 10 and 11. There will be a suggested donation of $10 at the door.