New From The Nunnery: Live Looping

the first upload to The Nunnery’s YouTube in three years, the live looping is nearly as visually stunning as it is sonically 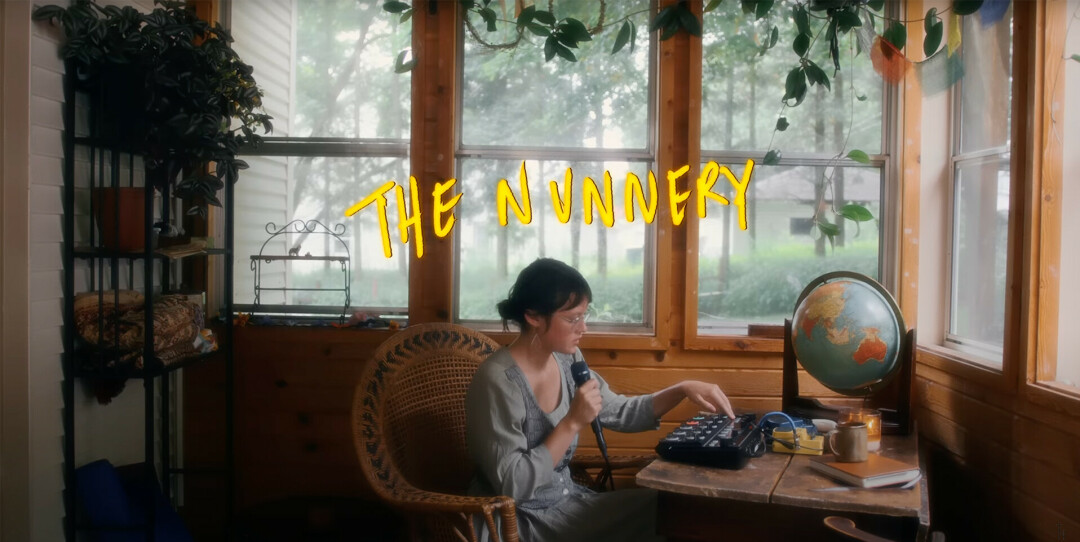 The Nunnery’s melodic, wrapping sound has continued to envelop the Chippewa Valley’s music scene for years now, Sarah Elstran delivering once again in her latest release: a live, improvised loop shown through video.

Fittingly titled “An Improvised Loop (Live)”, the dreamy-looking and goosebump-generating soundscape was filmed by Erik Elstran and mixed by Justin Muffett, recorded on Sarah’s sun porch. Sarah’s own lilting notes gracefully weave between the looping pedal's, the instrument as staple to The Nunnery as her distinctive voice.

With the use of a handheld mic, The Nunnery incorporates a drum seated to the side of Sarah, the clapping of her hands, layering upon her vocals that build over the video’s five minutes. A candle sways and flickers alongside the pedal, the live looping delivering the wistful and warm, vibrant sound the Valley and her fanbase are continuously drawn toward. The video has about 20,000 views.

The Nunnery’s last upload to its official YouTube account was three years ago, though Sarah’s latest album Floating Gardens flowed onto the scene in January of this year. The eight-song collection is The Nunnery’s fourth studio album and was a two-year effort, taking shape during the initial years of the pandemic, during which she welcomed her son into the world.

The Nunnery will perform in downtown Eau Claire at Forage on Sunday, Oct. 23 for Rhythmic Renewal’s launch event, and on Saturday, Oct. 29 Brewery Nonic’s Halloween party in Menomonie.

Dance along with The Nunnery and find out when you can see a performance next by following the musician’s Facebook and Instagram (@thenunnery on both platforms), visiting the official website, or reach out via email (thenunnerymusic@gmail.com).