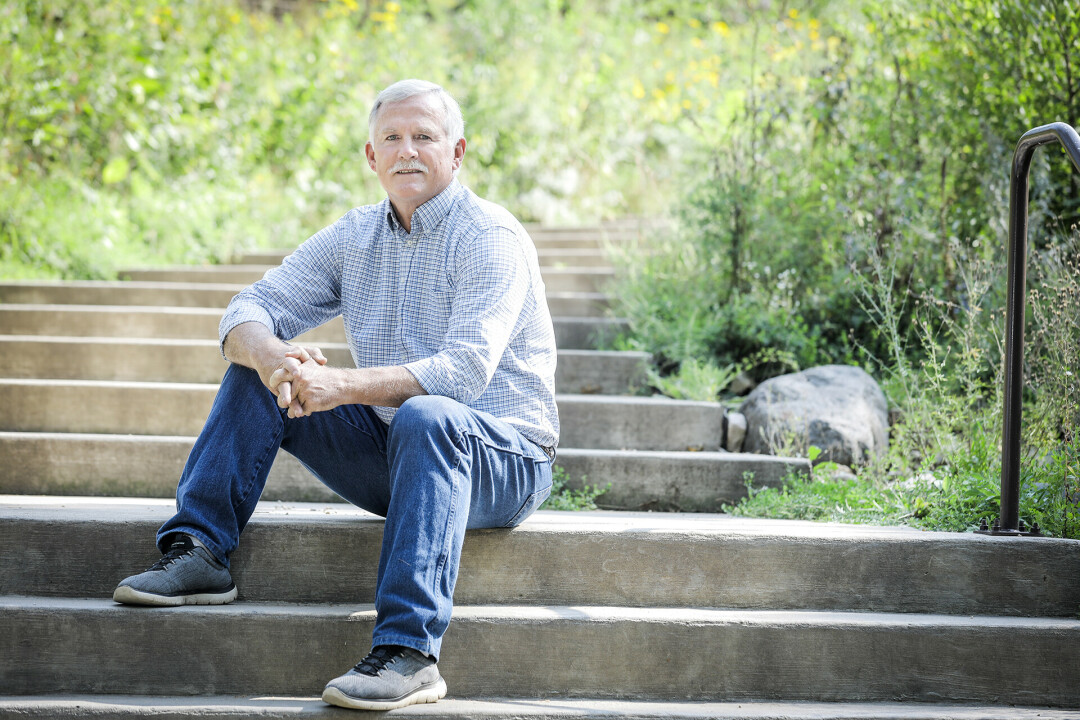 ALTOONA AWESOMENESS. Brendan Pratt has lived in Altoona for the past 16 years, serving as its mayor for the last seven.

Brendan Pratt, mayor of Altoona, is passionate about all things Altoona. Whether it be the trails, the events, or its wonderful residents – it’s safe to say that Pratt is the No. 1 fan of it all. He has been the mayor for seven years, and before that served on the Altoona City Council for eight years. He has also been in the real estate business for 15 years and is currently an associate broker with Coldwell Banker Brenizer, Realtors.

I love being involved in the community and giving back to others!

Giving back to others and my community.

What is your favorite thing about Altoona?

The people that live here, the parks, the trails, concerts in the park, total lifestyle of Altoona.

The story of Banbury producing ammunition for the war.

Describe your last encounter with the police department.

A few years ago, I came up to a stop light on Brackett, stopped, looked, and proceeded to go through the red light. The problem was there was an Altoona Police Officer directly behind me at the time. He gave me a $110 ticket.

What projects are next for the city of Altoona?

Developing a tract of land East of Altoona on Highway 12.

What is your favorite local festival?

Rock’N on The River (not really a festival, but great music).

What part of town have you never visited?

I’ve pretty much visited every part of town showing and selling houses.

What is a fun fact about Altoona that people probably don’t know?

Altoona used to be referred to as East Eau Claire.

Solis Circle. “It was a former assisted living center that had sat empty for three years. I put together a group of volunteers along with a community business partner to transform it into a 25-room affordable housing complex.”

Altoona Summer Concert Series. “Every Monday and Wednesday from mid-June to the end of August, we have an estimated 1,000 to 3,000 people at River Prairie dancing and enjoying Country music on Mondays or Old Time Rock and Roll on Wednesdays.”

Development of River Prairie. “I have been there from the start 15 years ago and have enjoyed seeing it turn into what we envision it would become. It truly has become a crown jewel for Altoona.”